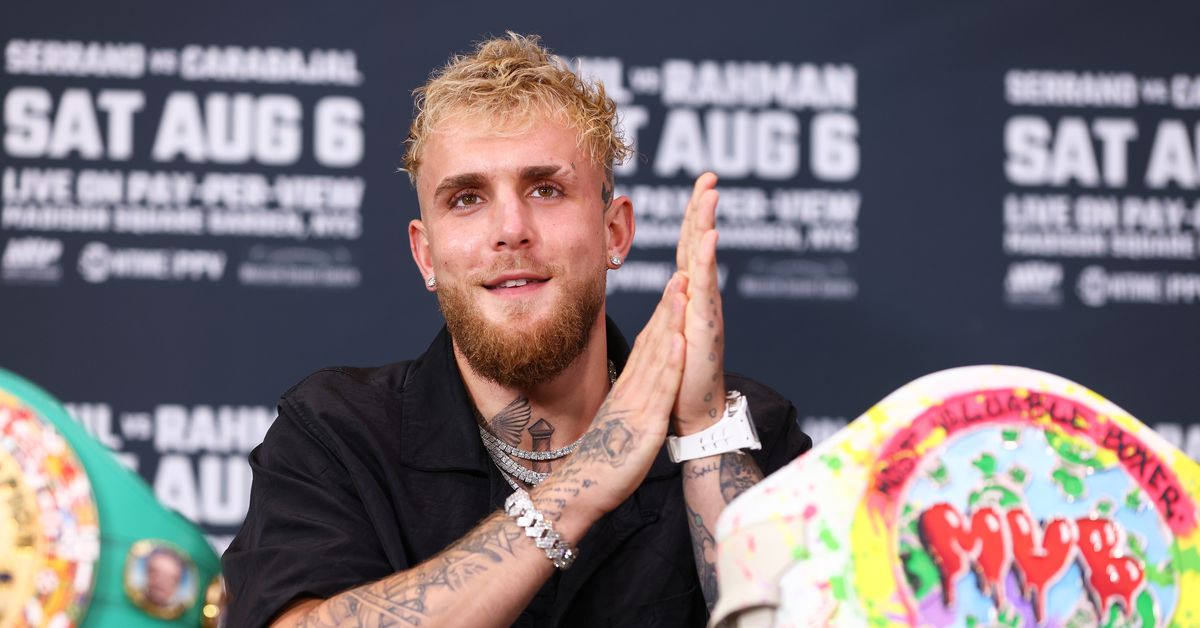 Jake Paul vs. Anderson Silva is about to go down.

TMZ reported Tuesday that Paul is set to face longtime UFC middleweight champion and MMA legend Silva in a boxing bout in October, with a location still to be determined. An initial report from NoSmokeBoxing has the bout scheduled for Oct. 29.

MMA Fighting’s Guilherme Cruz reached out to sources with knowledge of the matchup who confirmed that the bout is in the works.

Paul’s promotion Most Valuable Promotions tweeted Tuesday that his next fight will be announced next week, but did not indicate an opponent or date.

Next week we will announce JAKE PAUL’s next opponent. @jakepaul will almost certainly be the underdog. He knows that and he wants that.

Paul has not fought since this past December, where he won his rematch against former UFC welterweight champion Tyron Woodley via sixth-round KO, while Silva, 47, makes his first appearance since September 2021. “The Spider” is 2-0 since returning to boxing, with a first-round knockout win over fellow MMA great Tito Ortiz in his most recent outing.

Should the match proceed as scheduled this will be a huge opportunity for Paul to regain momentum in his fighting career as his past two bouts have fallen through. In the past nine months, Paul was to face U.K. reality television star Tommy Fury in a high-profile grudge match on two previous occasions, but both times Fury withdrew from the scheduled dates. The second date, set for July 7 at Madison Square Garden, appeared to be salvaged when Hasim Rahman Jr. agreed to fight Paul, but that bout also fell through due to Rahman being unable to make weight.

The polarizing Paul is 5-0 since making his pro boxing debut in January 2020, with a pair of wins over Woodley and a knockout of Ben Askren in his past three outings. The 25-year-old social media star has become one of the most talked-about personalities in combat sports as he has called out multiple well-known fighters including Conor McGregor and Canelo Alvarez, while also publicly butting heads with UFC President Dana White.

Silva is one of the most accomplished fighters in the history of MMA. During his run with the UFC from 2006-2020, Silva compiled a 17-7 (1 NC) record that included a 16-fight win streak (still the longest streak in UFC history) and 10 consecutive successful defenses of the middleweight championship. He stepped back into the boxing ring in June 2021 and won a split decision over Julio Cesar Chavez Jr.