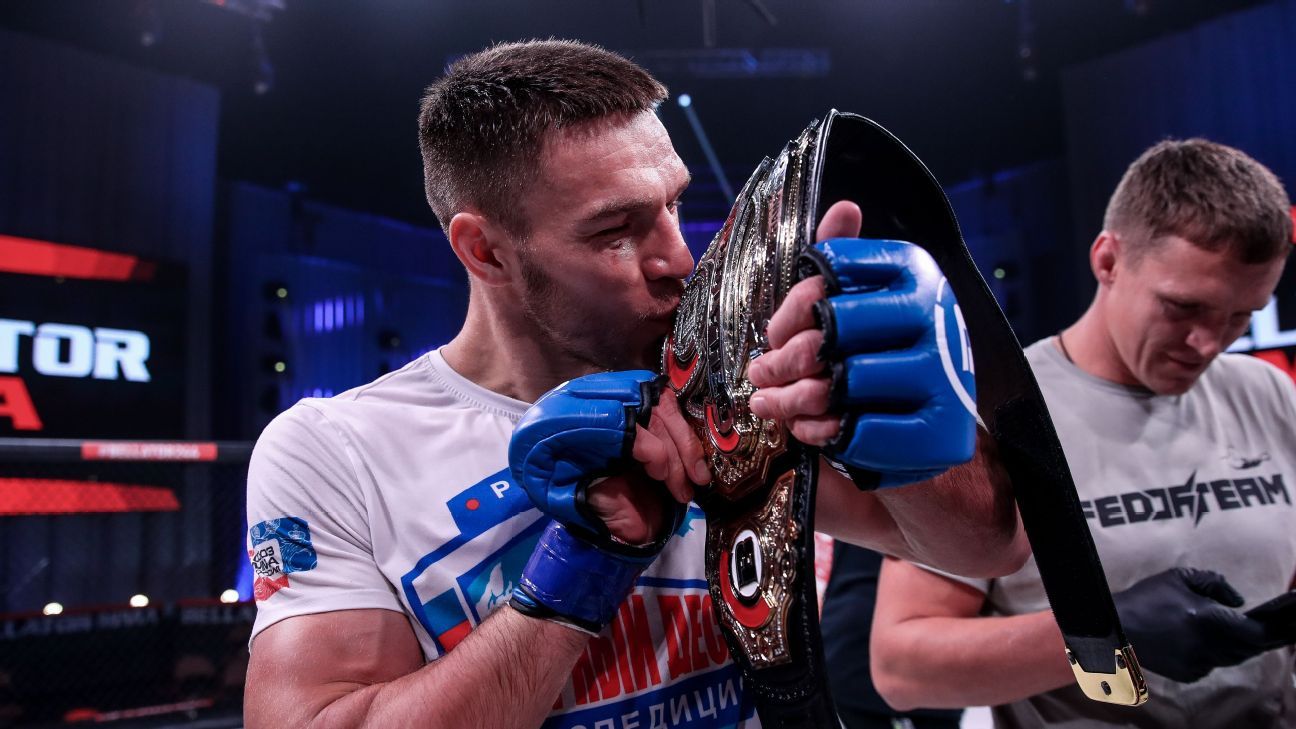 Bellator will get a resolution to its light heavyweight title picture before the end of the year.

Vadim Nemkov will defend his light heavyweight belt against Corey Anderson in the main event of Bellator 288 on Nov. 18 in Chicago, the promotion announced Monday.

The two men met for the title and in the finals of the Bellator Light Heavyweight World Grand Prix in April, but the bout ended in a no contest after an accidental Anderson headbutt opened up a fight-ending cut on Nemkov’s head. The Nemkov vs. Anderson winner in November will be the Bellator 205-pound champion and take home the $1 million prize for emerging victorious in the grand prix.

ESPN has Anderson ranked No. 5 and Nemkov ranked No. 8 in the world at light heavyweight.

Nemkov (15-2, 1 NC) is unbeaten in 10 straight fights. The 30-year-old Russian fighter beat Ryan Bader to win the Bellator light heavyweight title in August 2020 and has two successful title defenses. Anderson (16-5, 1 NC), a 32-year-old Illinois product, is unbeaten in four Bellator fights since signing as a free agent from the UFC and is 7-1 (1 NC) in his past nine.

Bellator also announced Monday the continuation of its bantamweight grand prix. Raufeon Stots will defend his interim bantamweight title against Danny Sabatello in the main event of Bellator 289 on Dec. 9 at Connecticut’s Mohegan Sun. Stots vs. Sabatello is also a Bellator Bantamweight World Grand Prix semifinal. The other semifinal, and the Bellator 289 co-main event, will pit Patchy Mix against Magomed Magomedov.

Fedor Emeilianenko has no regrets not fighting for UFC, recalls only meeting with Dana White
Max Holloway still considers Jose Aldo the featherweight GOAT 🐐 #shorts
Loughnane-Moraes to kick off 2023 PFL season
Kattar Lands a 💣 !!
Demetrious Johnson Names What Separates Him From Other GOAT Contenders