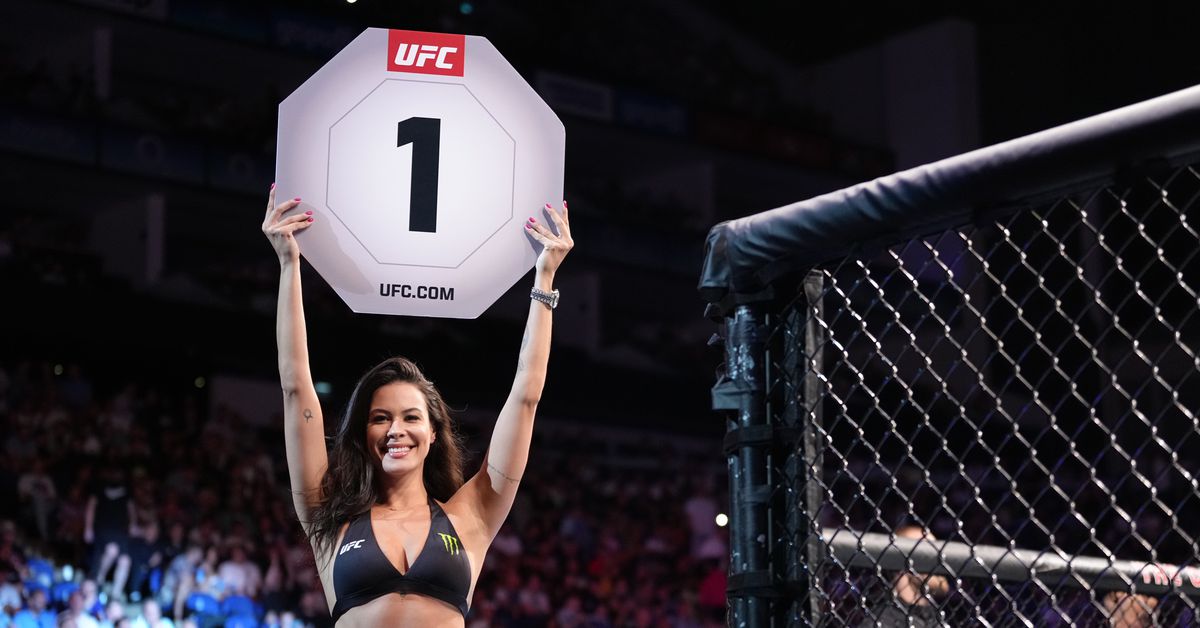 A recent Heavyweight title challenger looking to rebuild, Ciryl Gane, meets a resurgent force, Tai Tuivasa, this Saturday (Sept. 3, 2022) in the main event of UFC Paris, which will take place inside Accor Arena in France. Also on tap is a pivotal Middleweight battle between Robert Whittaker and Marvin Vettori, as well as Alessio Di Chirico vs. Roman Kopylov and Nasrat Haqparast vs. John Makdessi.

UFC Paris features seven “Prelims” undercard bouts this time around, cobbled together from the ruins of many fizzled fights. Let’s check out the first four below …

Stephanie Egger (7-3) pushed her UFC record over .500 with consecutive finishes of Shanna Young and Jessica-Rose Clark, the latter of which earned “Performance of the Night.” Then came a hugely controversial loss to Mayra Bueno Silva in which Egger was accused of trying to fake a tap.

She steps in for Zarah Fairn on nine days’ notice.

I thought Perez had a very good chance of beating Fairn, who got dominated on the ground by Megan Anderson of all people. Egger, on the other hand, is going to crush her. Perez’s offense largely revolves around the clinch, where Egger’s judo reigns supreme, and “Fiona” hasn’t shown the Brazilian jiu-jitsu or striking chops to even the score elsewhere.

Odds are that Egger comes out looking to prove a point, which is very bad news for Perez. In the end, Egger goes some ways toward erasing the memory of her last fight with an early throw and quick tapout.

Prediction: Egger via first round submission

Once 2-2 in his professional career, William Gomis (10-2) enters the Octagon with six finishes in his last eight wins. This most recent of those came in June 2022, when he pounded out Jose Marcos in his Ares FC debut.

“Jaguar” has knocked out six professional foes and submitted one other.

The Netherlands’ Jarno Errens (13-3-1) saw a five-fight unbeaten streak come to an end in April 2022 when he lost a decision to former victim Mert Ozyildirim. He got back on track four months later, beating Alisher Abdullaev under the Brave CF banner.

This marks a less-than-one-month turnaround for him.

This really is a question of which Gomis shows up. The one who ran literal circles around the ultra-aggressive Tobias Harila last year almost certainly does the same to Errens, who’s on the wrong end of speed and power discrepancies. The one who plodded his way through his two 2022 bouts, backing himself to the fence and swinging for one-hitter quitters instead of setting anything up, eats 100 one-two combinations and loses a decision.

I’ll be an optimist and say the former shows up because it’s a huge stage and Errens is the level of opponent Gomis puts in effort against. In short, body kicks, low kicks and constant lateral movement should seal the deal for “Jaguar.”

Dustin Stoltzfus (14-4) went from slam KO’ing Joseph Pyfer on Contender Series to losing three straight in the Octagon, two of them by submission. He finally returned to the win column in July 2022 with a unanimous decision win over Dwight Grant.

He steps in for Makhmud Muradov on short notice.

Abusupiyan Magomedov (24-4-1) carried a 10-fight unbeaten streak into the 2018 PFL finals, only to suffer a one-punch knockout loss to Louis Taylor just 33 seconds into the fight. He’s since gotten back on track with a pair of submission wins, the most recent of them over then-unbeaten Cezary Kesik under the KSW banner.

Stoltzfus’ problem is, as always, that his wrestling is a level below his top game. His jiu-jitsu and ground-and-pound skills aren’t worth much when UFC-caliber opponents can shut down his takedowns and put him on his back in return. He can get away with it against the likes of Grant, but not a grappler of Magomedov’s caliber. Even if they deadlock and switch to a striking battle, Magomedov’s got a clear edge in power.

While Magomedov’s layoff is cause for concern, I’d favor even the PFL version of him to overpower Stoltzfus on the feet and on the ground. Indeed, “Abus” wrenches Stoltzfus to the mat and pounds him out before any potential cardio issues can crop up.

Unfazed by a UFC debut loss to Don Madge, Fares Ziam (12-4) worked his way back up the ranks with consecutive decisions over Jamie Mullarkey and Luigi Vendramini. This set up a clash with Terrance McKinney, who choked out “Smile Killer” midway through the first round.

His professional finishes are split 5/4 between submissions and knockouts.

Michal Figlak (8-0) — a former 10-2 amateur — picked up a pair of regional professional wins before returning to Cage Warriors. He ultimately amassed a perfect record (5-0) under its banner, including a decision over Agy Sardari in July 2022.

He gives up two inches of height to Ziam.

As we’ve seen, there are types of fighters that Ziam’s movement-heavy, low-output style can work against. However, Figlak isn’t one of them. That’s because between his relentless forward advance, rapid combination punching, and sneaky grappling game, “Mad Dog” has everything he needs to ruin Ziam’s day the way Madge and McKinney did.

Ziam is still young and clearly has talent, but if he hasn’t fixed his lack of urgency by now, I’m not sure he ever will. In short, Figlak bullies and out-works Ziam to a one-sided decision.

Remember that MMAmania.com will deliver LIVE round-by-round, blow-by-blow coverage of the entire UFC Paris fight card right here, starting with the ESPN+ “Prelims” matches, which are scheduled to begin at 12 p.m. ET, then the remaining main card balance on ESPN+ at 3 p.m. ET.

To check out the latest and greatest UFC Paris: “Gane vs. Tuivasa” news and notes be sure to hit up our comprehensive event archive right here.