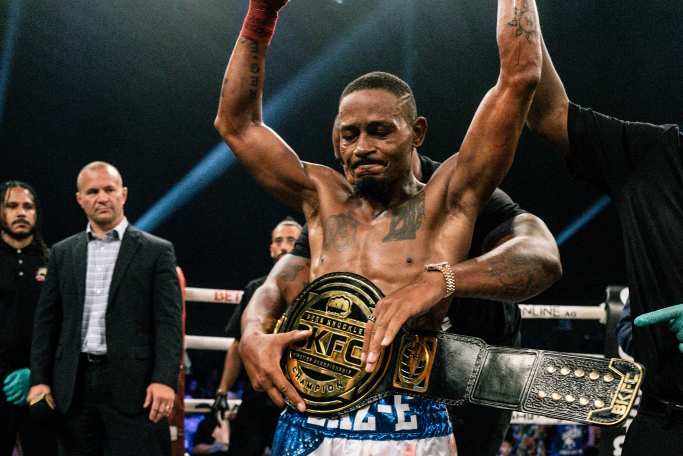 “Thank you everyone for all your prayers and love Reggie has been found alive and safe,” Barnett Jr.’s mother Kim wrote Monday on Facebook.

Virginia State Police also issued an alert, which added “Reginald was last seen wearing black shorts and a dark blue shirt. He has tattoos of an angel and a pair of boxing gloves on his chest, and tattoos of a sun, roses, and the name “Reg-E” on his right arm. If located, please approach with caution.”

No details have been publicly revealed as to where Barnett Jr. was found or where he was between his disappearance and resurface.

Barnett Jr.’s fiancee, Krystal Martinez, posted a tearful video that has since been deleted from her Facebook page in which she revealed Barnett Jr. had last been seen at a local 7-Eleven store at 6:15 p.m. local time Sunday before he no-showed an open gym session he was supposed to attend.

“I’m terrified, because he wouldn’t leave his kids like this,” Martinez said. “He wouldn’t do this. He wouldn’t just leave. He always comes home – always.”

Martinez said family and friends tried to reach Barnett Jr., but to no avail. She added he has no history of disappearing. Martinez said Verizon pinged his phone, and a search begun shortly thereafter in the general location it registered.

Additionally, Martinez revealed Barnett Jr. was on his way to the airport to drop off a woman designated as his “sponsor.” However, the woman, who according to Martinez was intoxicated at the time, said Barnett Jr. made her get out of the car five minutes into their drive.

Barnett Jr., 36, is a multitime BKFC headliner who won the promotion’s interim bantamweight title in his most recent appearance in July.