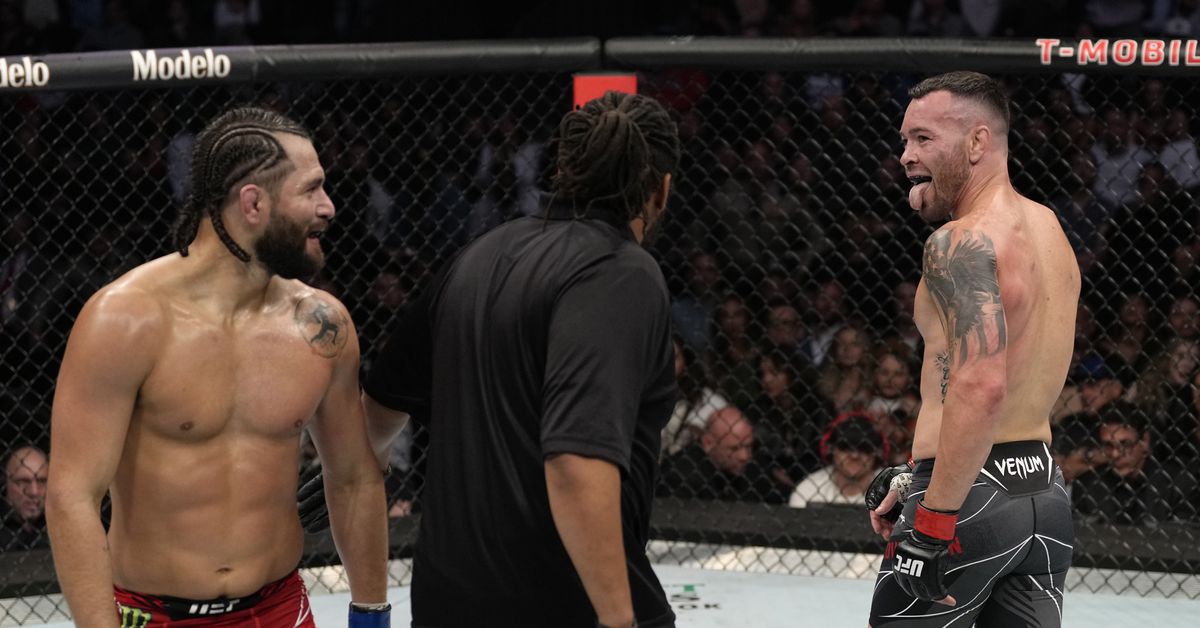 Jorge Masvidal will have to wait until at least December for the next phase of his case involving an alleged assault on fellow UFC fighter Colby Covington.

The altercation occurred back in March when Masvidal allegedly assaulted Covington outside a restaurant in Miami Beach, Fla. Masvidal was later arrested and hit with multiple felony charges including aggravated battery and criminal mischief.

A motions hearing was held on Wednesday in Miami-Dade county in Florida where the prosecution and Masvidal’s defense attorneys discussed several subpoenas in the case, including Covington’s medical records.

The records were requested after Masvidal was hit with the aggravated battery charge with court records showing the two-time UFC title contender allegedly struck Covington with a deadly weapon that caused great bodily injury — specifically documented as “brain injury.”

“We don’t care about any other medical issues he had other than any traumatic brain injury,” Masvidal’s attorney argued during the hearing.

Judge Zachary James ultimately ruled that the defense and the prosecution needed to work together for a more thorough and specific request related to only the potential brain injury for a subpoena to be considered where medical records would be released due to privacy issues.

Masvidal’s attorney was also seeking additional information regarding a police officer involved in the case who allegedly had a personal relationship with Covington while asking for phone records as well as text messages in relation to the altercation from March.

Ultimately, Judge James granted a joint continuance to both the prosecution and Masvidal’s defense team to gather more information with the next motions hearing set for Nov. 17. The judge then set a new trial date for Dec. 5.

Masvidal had previously been issued a “stay away” order that prevents him from having any contact whatsoever with Covington, which means he must stay at least 25 feet away from him at all times in public places and 500 feet away from his home.

Masvidal was also ordered not to contact Covington by phone, text messaging, social media, email or any other form of communication nor could he reach out through a third party.

Masvidal faces up to 15 years in prison if convicted on the aggravated battery charge in Florida.