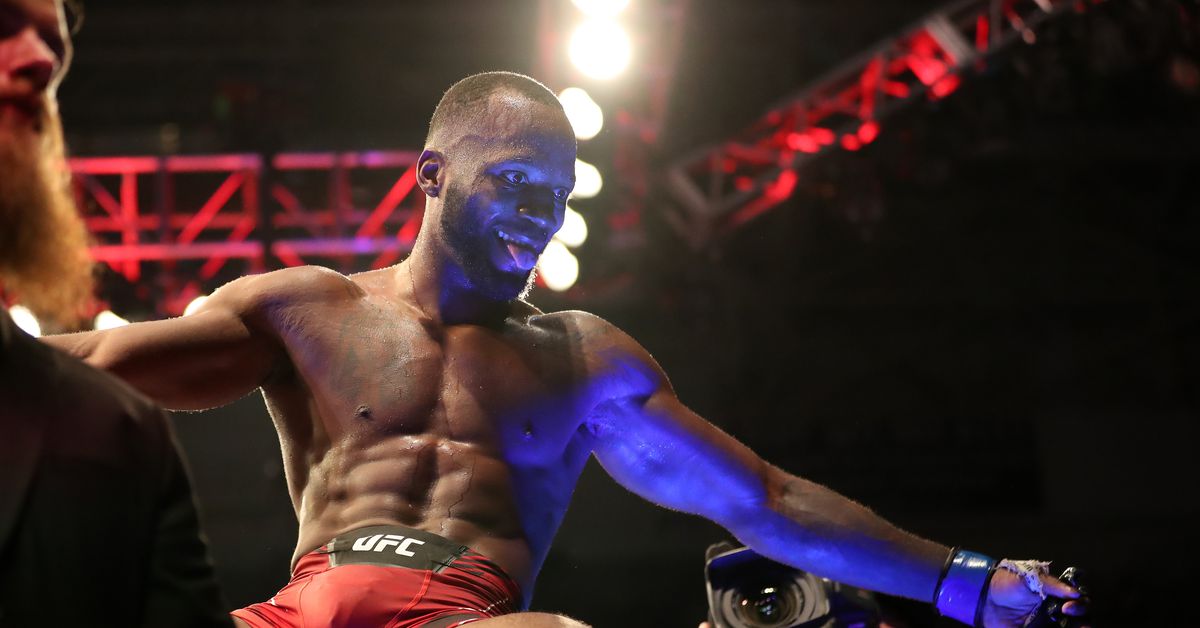 Leon Edwards’ last-minute Hail Mary head kick knockout win over Kamaru Usman will go down as one of the best knockouts of the year (HIGHLIGHTS). UFC 278’s main event seemed like a done deal, but Edwards pulled the trigger at the perfect time to upset the dominant champion and undo all of his previous good work.

The win does not come without a smidge of controversy, however. Though Usman himself didn’t complain in defeat, UFC analyst Chael Sonnen has argued that Edwards cheated in the earlier portions of the fight. Specifically, Edwards did lose position for grabbing the fence at one point, and there was a brief break in the action due to an eye poke (which doesn’t look great for Edwards given his history with Belal Muhammad).

So, while there may be some truth in Sonnen’s claim, UFC President Dana White doesn’t believe that’s a fair summation of what happened. Instead, he gives full credit to that magic left kick for getting the job done.

“He became champion with a head kick,” White said (via MMA Junkie). “He didn’t win by grabbing the fence. I mean, he got absolutely dominated in that whole fight except for that couple of minutes in the first round. He got absolutely dominated, and you know, that’s completely unfair of Chael Sonnen to say that. That kid sucked it up, dug down deep and landed literally the perfect head kick with like a minute left in the fight. So I would say that that’s silly, ridiculous and absolutely unfair to say about Leon.”

In addition, it’s worth mentioning that both fighters were playing a bit dirty. Usman was grabbing gloves and the cage himself, and its arguable that he was given an unearned rest after a declared low blow seemed to land more towards the mid-section. In wrestling-heavy, grinding matches like their 24-minute title fight, a bit of rule fudging is hardly uncommon, particularly since consequences in MMA are often few and far between.

Everyone except the UFC is holding shows in Hawaii. If only BJ Penn’s governor bid had turned out differently!

Good on Marvin Vettori and his team for embracing the meme.

Andre Muniz makes a bold callout. I’d like to see the jiu-jitsu ace get his step up in competition!

I don’t know that size or strength have ever been a limiting factor for Alexander Hernandez, but it will be interesting to see how he performs at 145 lbs.

Alexander Hernandez will drop to featherweight to face Billy Quarantillo at #UFC282, Dec. 10, per @TeamIridiumISA, who manages both fighters. That’s a really interesting fight.

This is a Fedor vs. Kevin Randleman moment (except I don’t know the final outcome).

There was an odd injury last week on Contender Series, here’s the breakdown:

Speaking of Contenders Series, has anyone made bank yet fading Gianni the Greek?

Yup, this match up went about as well as expected.

Mota timed his strike perfectly to let his opponent walk into this hook.

A pair of light kicks answered by a much more real threat.