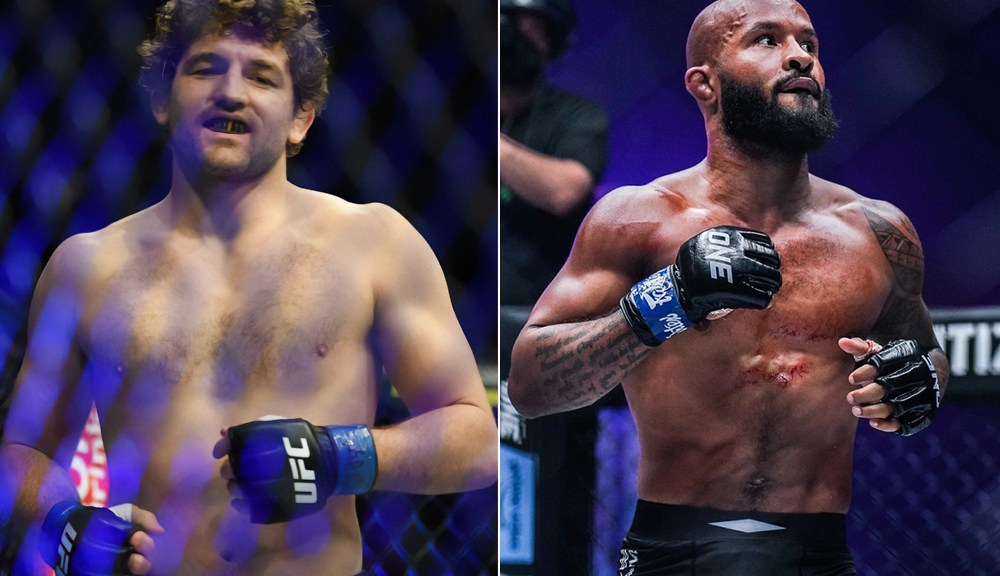 Nearly four years ago, the most infamous “trade” in MMA history took place.

Trades aren’t exactly a typical thing in MMA as they are in other professional sports, but the UFC and ONE Championship swapping their former champions in Demetrious Johnson and Ben Askren is a moment in the sport’s history that will be discussed for many years, for a number of reasons.

This past Saturday, Johnson added another shiny belt to his trophy case when he avenged his knockout loss to Adriano Moraes by finishing him with a devastating knee at ONE on Prime Video 1 in Singapore. On the other side of the “trade,” Ben Askren is at home as a retired fighter.

Askren’s UFC run was only three fights. He won his debut at UFC 235 against Robbie Lawler, then recorded two stoppage losses against Jorge Masvidal and Demian Maia before exiting the promotion to box Jake Paul.

On the other hand, Johnson has gone 4-1 under the ONE Championship banner, winning a grand prix championship and the division’s title. Not to mention, winning a custom rules bout that swapped rounds between MMA and muay Thai. Johnson still looks like the best flyweight on the planet, which is why he reclaimed No. 1 in the latest USA TODAY Sports/MMA Junkie flyweight rankings.

So, which promotion got the better end of the deal? Did UFC make a mistake by letting Johnson go?

Our “Spinning Back Clique” panel of Brian “Goze” Garcia, Mike Bohn and Nolan King discuss the trade with host “Gorgeous” George Garcia. You can watch their conversation in the video above, or check out this week’s full episode below.