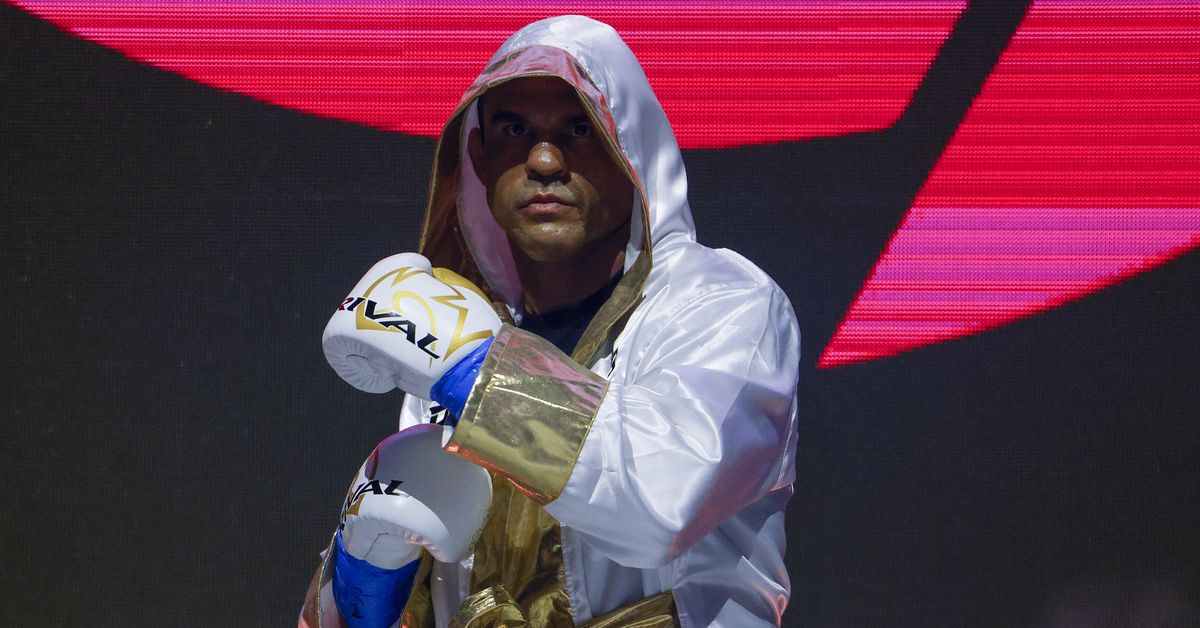 Vitor Belfort missed out on the Jake Paul sweepstakes.

Instead of facing “The Phenom,” Paul appears to be drawing “The Spider,” Anderson Silva, for his return to the ring in Oct. 2022. Paul was expected to compete sooner, however, his match with Hasim Rahman Jr. for early Aug. 2022 dissolved, leading to Belfort now facing Rahman on Oct. 15, 2022, in Sheffield, England.

In an effort to replace Rahman, Belfort, 45, claims he was in talks to face Paul next over his old Ultimate Fighting Championship (UFC) foe, Silva.

“My agent was talking Jake’s agent, but the fact is that they were choosing good fights for him,” Belfort told Sherdog. “He didn’t want to fight Hasim Jr. because of his weight; he canceled the fight with Tommy Fury, which we don’t know exactly the reason for. Later, we started to talk, but he put a lot of problems and demands. And I just saw yesterday that he chose Anderson Silva.

“I could see he is really afraid to face fast and explosive opponents with knockout power,” he continued. “He rather faces slower fighters, where his chances to reach the end of the fight are bigger. He is aware that if he is not finished by Anderson, that will mean a great win for him, but I think Anderson will beat him.”

Belfort has had a rather intriguing run post-UFC, to say the least. Departing the promotion in 2018 after a brutal knockout loss to Lyoto Machida, the former Light Heavyweight champion signed with ONE Championship, but never wound up competing. In Sept. 2021, Belfort returned to competition for an exhibition match with boxing legend, Evander Holyfield, decimating the all-time great via first round technical knockout in under two minutes (watch highlights).

As for his upcoming outing, Belfort is ready for the 31-year-old Rahman.

“Hasim Jr. showed up and we closed the deal,” Belfort said. “I think it’s a great challenge. A well-ranked Heavyweight much younger than I, but I’m [motivated] by challenges.”