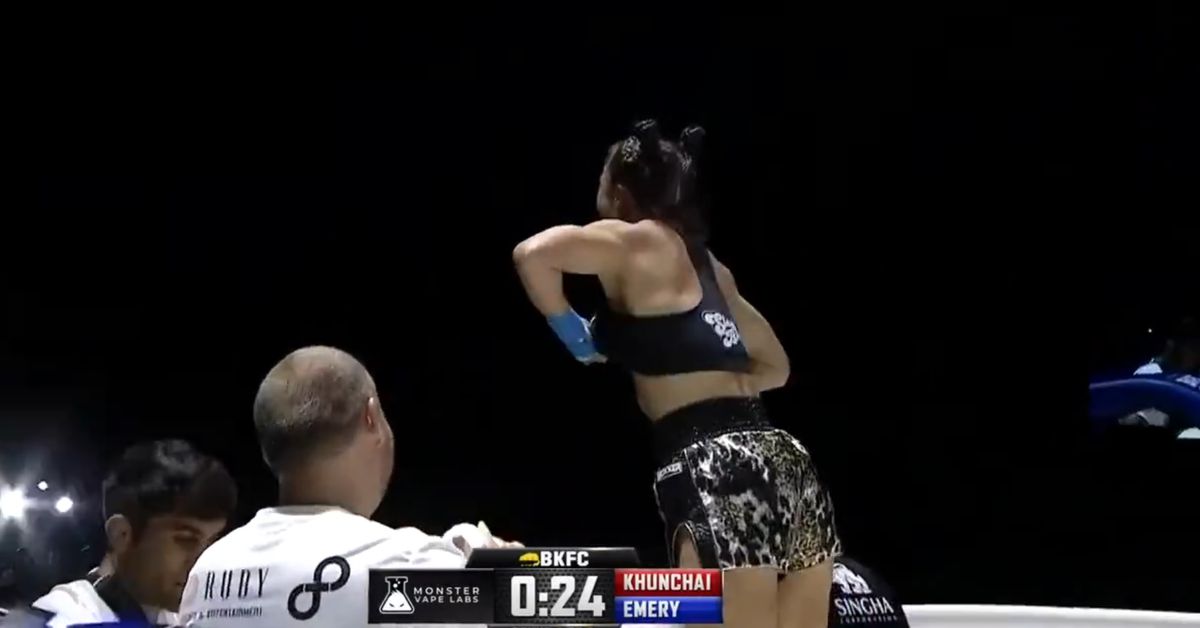 Tai Emery made sure that her first fight with BKFC was one to remember.

The Australian fighter picked up a first-round TKO win over Rung-Arun Khunchai at a BKFC event in Bangkok on Saturday. Then she proceeded to lift her top and flash the audience.

Watch video of (censored) celebration and a replay of the finish below.

The stoppage came when Emery dropped Khunchai with a powerful right uppercut-left hook combo, leaving Khunchai unable to answer the 10-count. It was the first bare-knuckle boxing victory for Emery, who also has competed as an amateur in MMA.

Her celebration thrilled one sponsor in particular, adult film actress Kendra Lust, whose name was emblazoned across the front of Emery’s top.

“Congrats Tai Emery on your win with [BKFC], first-round KO… was a pleasure to sponsor you and the best celebration in any sport after the win,” Lust wrote.