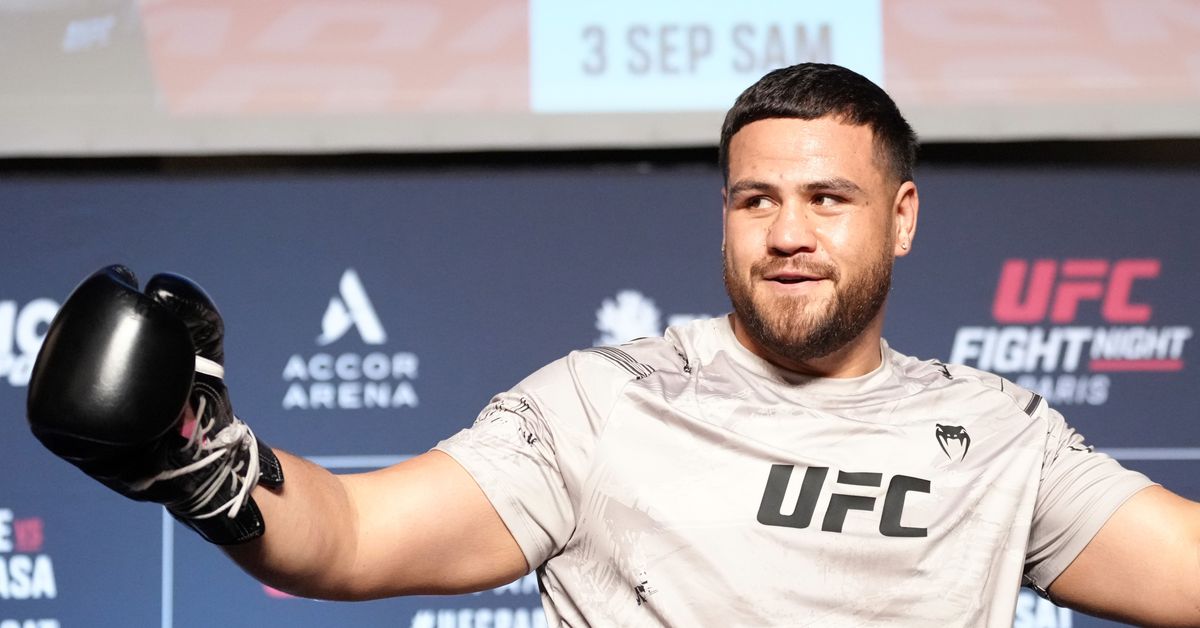 Of Tai Tuivasa’s 14 victories, 13 of them have come by way of knockout, winning his last five fights in a row in that manner which includes big time finishes over Greg Hardy and more recently, Derrick Lewis. On the verge of a potential title shot, Tuivasa has to get through perhaps his stiffest test to date in Ciryl Gane, the former UFC interim Heavyweight champion this Saturday (Sept. 3, 2022) in Paris, France.

PIVOTAL HEAVYWEIGHT CLASH! Ultimate Fighting Championship (UFC) hits Paris, France, on Sat., Aug. 30, 2022, for the first ever with a pivotal battle between top-ranked Heavyweight contenders that will see No. 1-ranked Ciryl Gane look to get back into the title chase at the expense of No. 3-seeded knockout artist, Tai Tuivasa. In UFC Paris’ co-main event, the top two Middleweight contenders on the roster, Robert Whittaker and Marvin Vettori, will lock horns, with the winner potentially earning another future date with division kingpin, Israel Adesanya.

But “Bam Bam” isn’t just looking for a win, he is very confident he can add to his streak of knockout wins, all while becoming the first man to ever defeat “Bon Gamin” via strikes, who has just one loss — a unanimous decision defeat to Francis Ngannou — on his record.

“He would probably be one of the most elusive, maybe, fighters with his speed and his movement,” Tuivasa said during a recent media day (via MMA Junkie). “But if I dink him, I sink him. If I dink them, I sink them. If I hit you flush, then – don’t worry about the cardio, don’t worry about none of that. You’re going to bed.”

Indeed, Gane has proven to be very light on his feet, using his great footwork to stick and move, utilizing his excellent kicking game to score major points. But once the door slams shut, Tuivasa says he has a lot of tools that will make Gane worry.

“We all know he’s a great athlete. He’s really fast and all this. But I excel in the cage. Once the cage doors shut, it’s only me and him. As much as people keep telling me I have to worry about Ciryl, I think Ciryl’s got a bit to worry about from me, too.”

“I’m confident in every fight,” Tuivasa said. “I think confidence is key, especially in the fight business. I think I’m just lucky I’ve got more cool. I don’t really take too much into account. All I know is Saturday I get paid, and I get to get drunk, and when I win, I get more money. That’s all that matters to me.”

For Tuivasa, a victory in Paris will solidify his status as the No. 1 contender — assuming Jon Jones doesn’t crash the party — while Gane could start to build his momentum back up again with a win over the hard-hitting Aussie.

To check out the latest and greatest UFC Paris news and notes be sure to hit up our comprehensive event archive here. For the updated and finalized “Gane vs. Tuivasa” fight card and ESPN+ lineup click here.