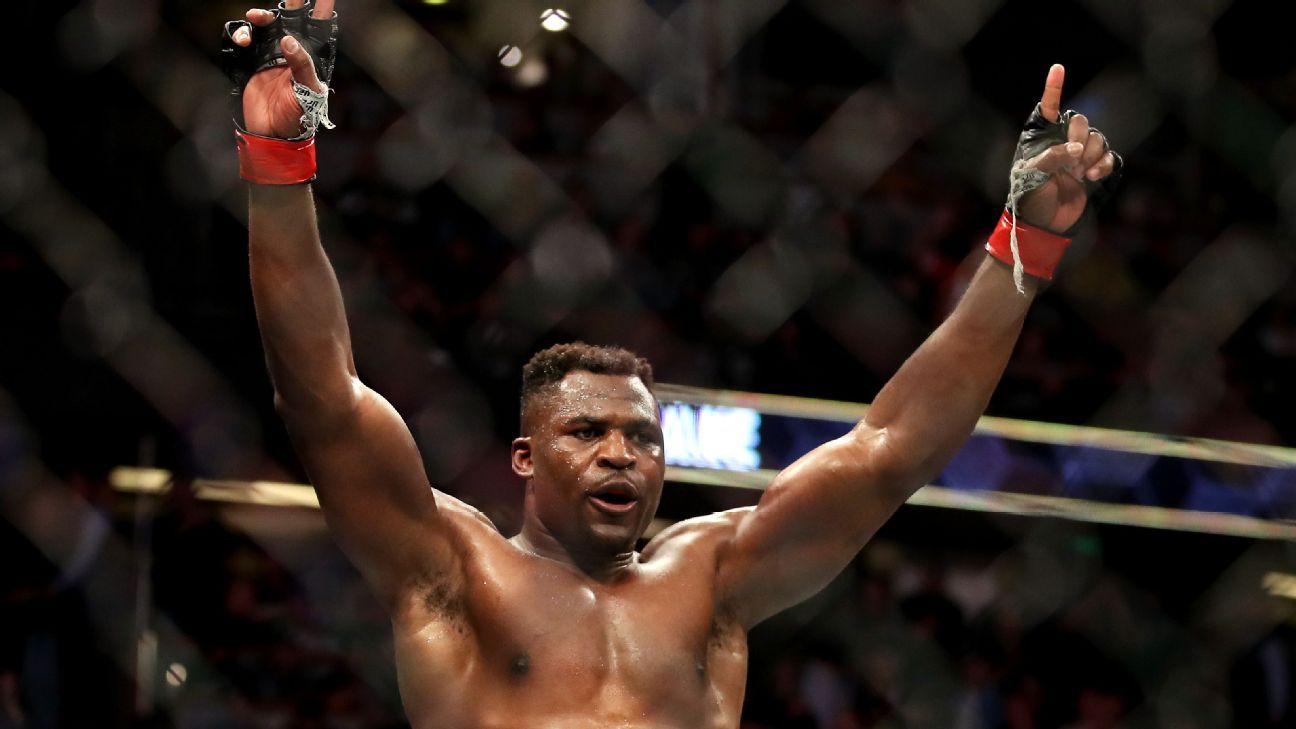 PARIS — UFC heavyweight champion Francis Ngannou told ESPN on Friday that the most realistic timetable for his return to competition is early 2023.

Some reports had surfaced that the UFC was hoping that Ngannou, who had knee surgery to repair his right ACL and MCL in March, would be back by UFC 282 in December, but he said that schedule seems unlikely.

“I’m not very strong on that knee yet,” Ngannou told ESPN after the UFC Paris ceremonial weigh-ins on Friday. “See how heavy I am. That’s something I really have to consider — my weight and this division and how it is.”

Ngannou, 35, has not yet resumed training, and he said the plan is to return to Las Vegas next week, see his doctor and then go into a pre-training camp as he is “very out of shape” at the moment.

There was an expectation this year that the UFC would put an interim title on the line with Ngannou out, but the obvious interim heavyweight title matchup between Stipe Miocic and Jon Jones — the most successful heavyweight and light heavyweight in UFC history, respectively — has not yet come to fruition. Ngannou said he hasn’t been told anything about that or who could be his next opponent.

Ngannou said he is only focused on “getting myself healthy.”

His UFC contract situation is still up in the air. His CAA representatives believe Ngannou will be a free agent in January, and Ngannou badly wants to compete in boxing, as he and boxing heavyweight champ Tyson Fury have gone back and forth about doing a fight.

Fury, who has alternated between retiring and calling out several opponents, brought Ngannou into a postfight interview following his April win over Dillian Whyte, implying a fight with the UFC star would be set up.

When asked if his next fight would be in the UFC or in boxing, Ngannou said he was not sure.