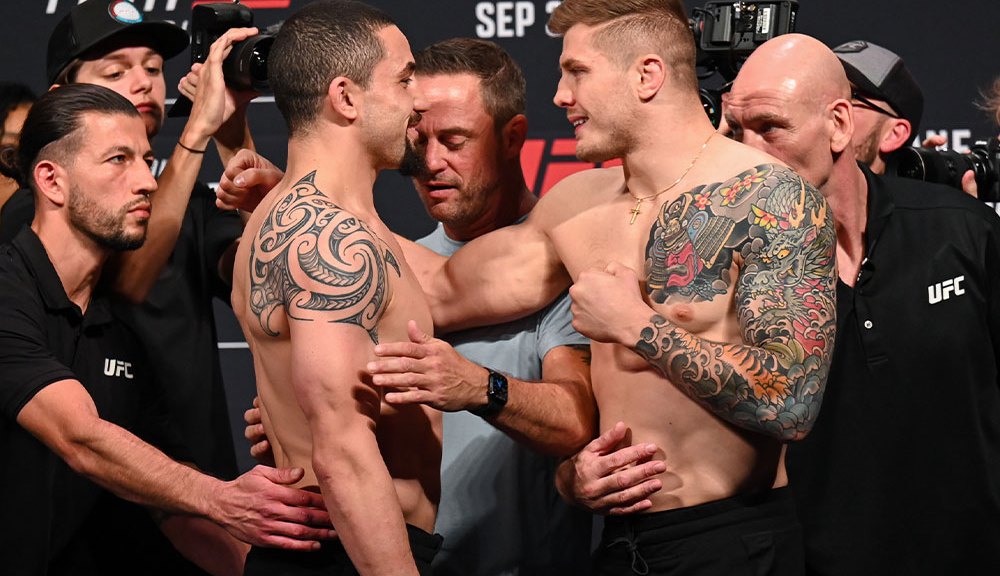 With that in mind, I hope these write-ups don’t come off as curt or dismissive, as my goal here is to offer quick picks and analysis in a digestible format. All odds listed are provided by Tipico Sportsbook.

If you’d like more detailed analysis from me, then feel free to check out my weekly show, The Protect Ya’ Neck Podcast.

So, without further ado… 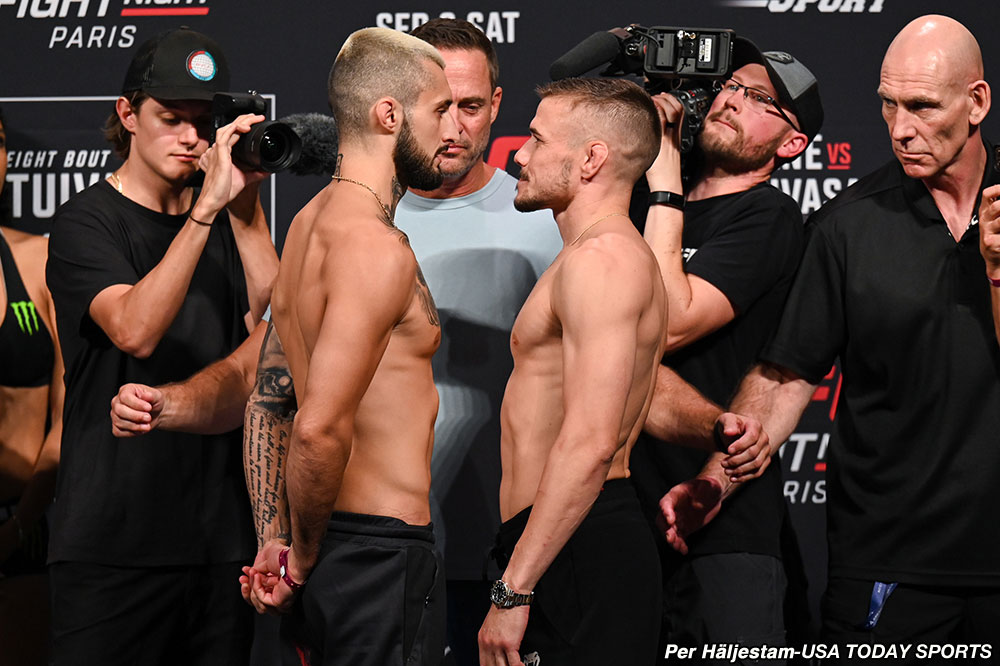 I’m not sure if hell has officially frozen over, but it’s good to see the current UFC matchmakers finally go back to Joe Silva’s sure-fire method of opening main cards with either lightweight or featherweight fights.

Nathaniel Wood has moved up from the bantamweight division, while Charles Jourdain is attempting to bounce back from a competitive loss to Shane Burgos.

I’m a big fan of Wood’s front kicks and boxing on the feet, but suspect that Jourdain’s attacks from his southpaw stance will pose problems for the English fighter given his history with strikes from the left side. Add in Wood’s propensity to slow down in the final frame (a place where Jourdain reigns supreme), and I can’t help but see a classic round-three finish for the Canadian fighter. 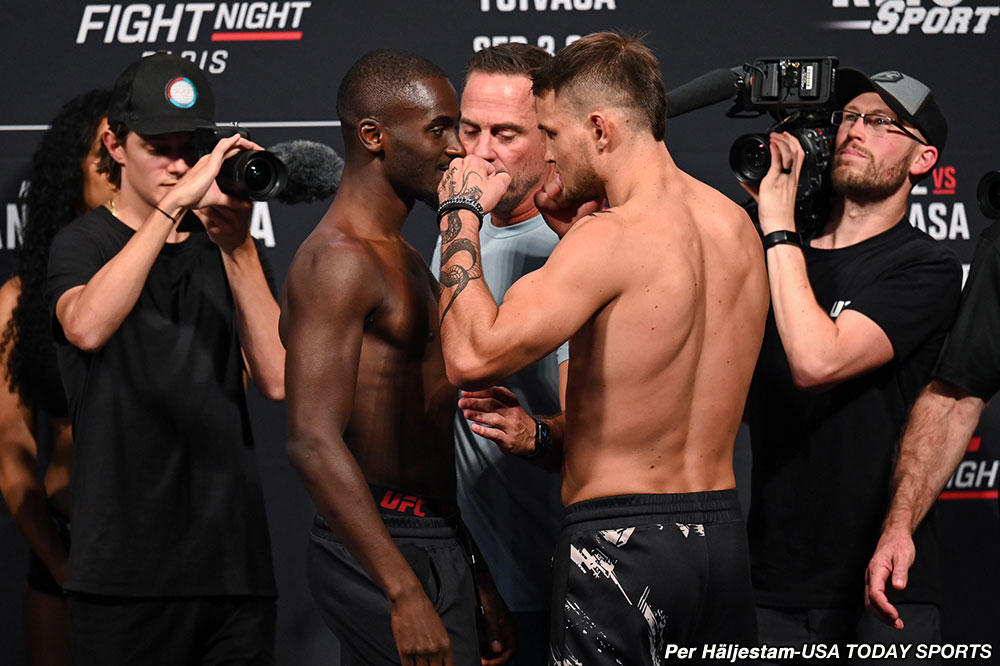 Just when you thought we were gonna go back to five-fight main cards, the UFC decides to add random regional talent to the primetime portion of their production.

In their defense, this featherweight attraction between William Gomis and Jarno Errens should be fun for as long as it lasts. Both fighters aren’t afraid to strike or spin on the feet, all while keeping serviceable ground skills in their back pockets.

That said, Gomis appears to be the slightly sharper party all around, as I’ll reluctantly side with him to win by decision. 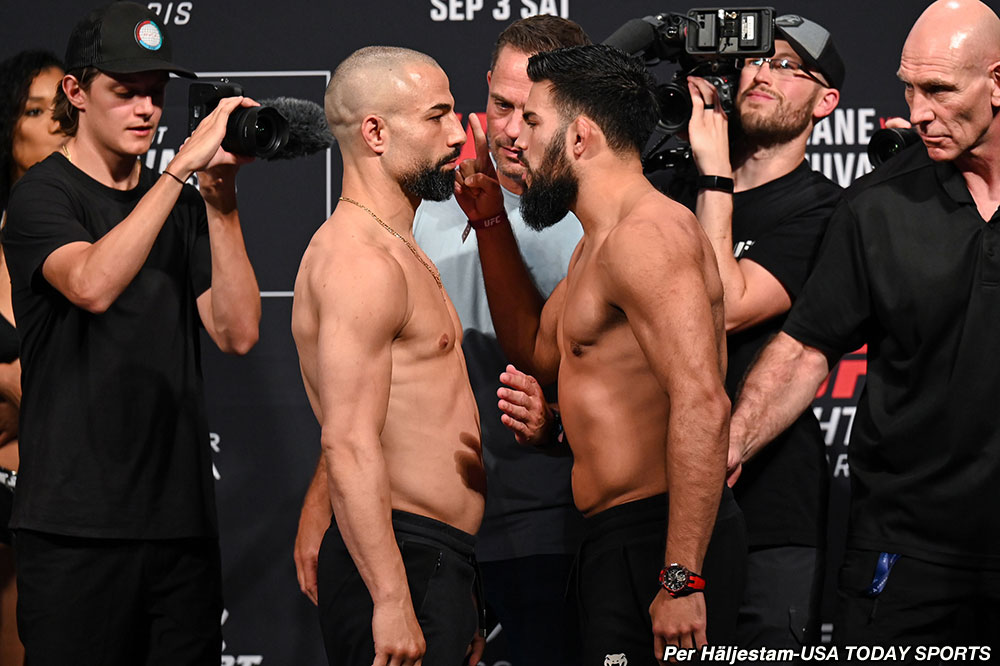 In what feels like a slew of difficult fights to call, Nasrat Haqparast meets John Makdessi on the main card.

Haqparast has had a tough run that there are plenty of explanations for, but the 27-year-old is undoubtedly in a must-win position this weekend. Haqparast faces another stiff veteran test in Makdessi, who is a skilled striker with “alligator blood” given his ability to hang around in the UFC’s deepest division for so many years.

Even though I could see Makdessi’s jabs and counters providing problems for his younger foe down the stretch, I suspect that the judges will give the nod to Haqparast for his power shots from the southpaw stance. 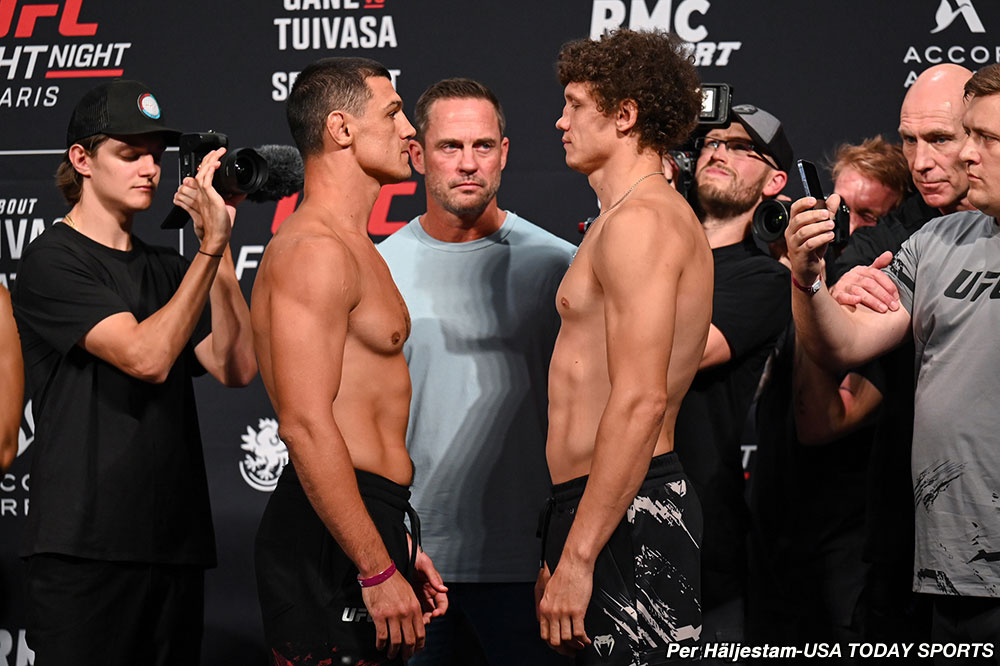 Serving as another hard fight to call is a middleweight meeting between Alessio Di Chirico and Roman Kopylov.

Both men are deceptively well-rounded despite ultimately struggling to find their footing in the organization. Kopylov’s southpaw striking and volume could be enough to edge out Di Chirico, but the Russian tends to start too slow for my liking.

I also suspect that Di Chirico will be able to use his size and strength edge to grapple if he chooses to, so I’ll reluctantly pick him to big brother Kopylov to a decision win. 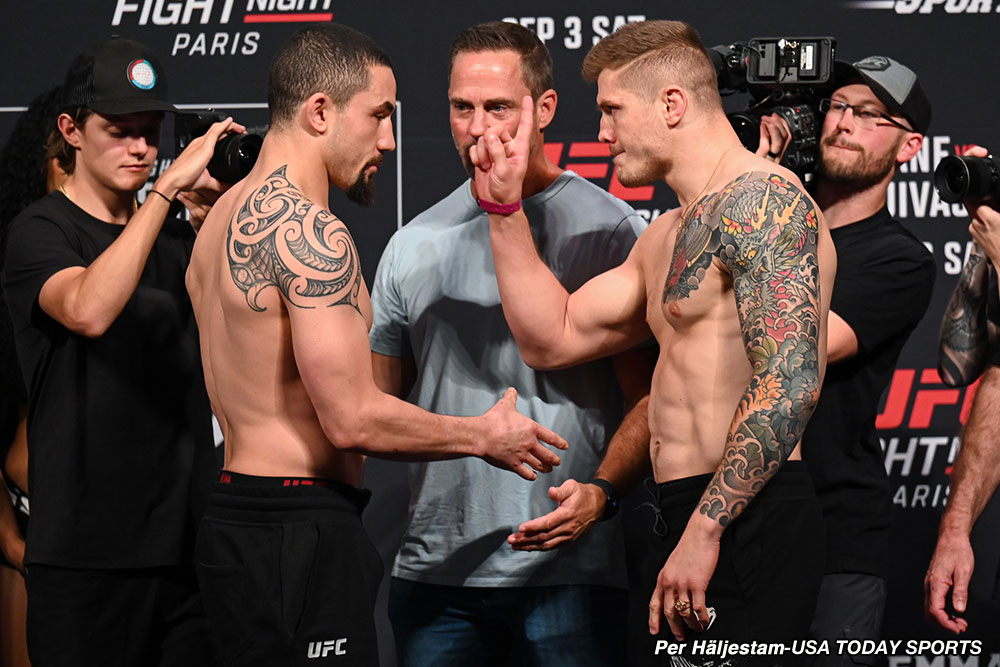 The co-main event in Paris features a fun middleweight matchup between Robert Whittaker and Marvin Vettori.

Despite my appreciation for a fighter like Vettori, Whittaker remains someone whom I have a hard time picking against. Not only is the former champion 6-0 against UFC-level southpaws, but Whittaker also tends to do his best work opposite fighters who pressure and attempt takedowns.

Add in the fact that Vettori is about as un-killable as Blagoy Ivanov, and I’ll take Whittaker to roll by decision.

The main attraction in Paris features a heavyweight showdown between Ciryl Gane and Tai Tuivasa.

As stated in my in-depth breakdown, you should always suspiciously squint at lines north of a 2-1 spread in the heavyweight division.

Gane may win this fight more often than not, but I believe that Tuivasa’s leg kicks and counters can make this fight a lot closer than what the current betting lines are indicating.

Add in Gane’s propensity to use the clinch to reset himself, and I’ll take a small flier on Tuivasa to score an upset knockout in round two.

Gannett may earn revenue from Tipico for audience referrals to betting services. Tipico has no influence over nor are any such revenues in any way dependent on or linked to the newsrooms or news coverage. See Tipico.com for Terms and Conditions. 21+ only. Gambling problem? Call 1-800-GAMBLER (NJ), 1-800-522-4700 (CO).