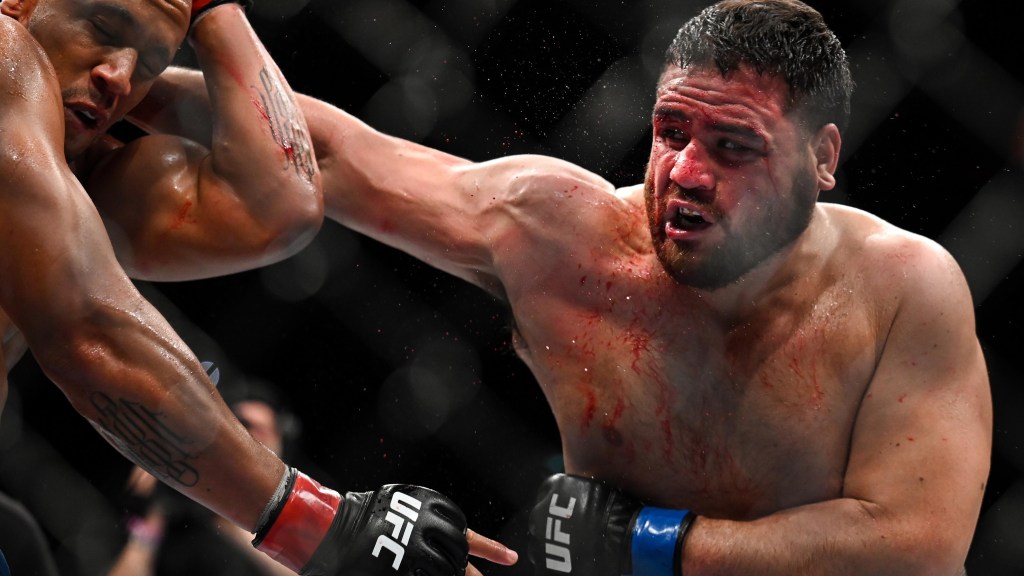 PARIS – It’s undeniable that Ciryl Gane has faced some of the hardest-hitting heavyweights on the UFC roster. And that list keeps growing.

Gane, the former UFC interim heavyweight champion, picked up an impressive knockout win over Tai Tuivasa in the UFC Fight Night 209 headliner Saturday at Accor Arena, the first event on French soil for the promotion. It was a definitive finish, but Gane (11-1 MMA, 8-1 UFC) had to endure plenty to get the knockout. The Frenchman was dropped by Tuivasa in the second round of their contest and had to weather a big storm in order to regroup and rally back.

“Yeah, 100 percent (heaviest puncher),” Gane told reporters at the UFC Fight Night 209 post-fight press conference. “Ngannou never touched me during the fight, so it’s impossible to compare. But today, Tai Tuivasa touched me. Francis Ngannou can touch very well. That’s not a question. But today, (Tuivasa) was the first guy to put me on my ass.”

UFC Fight Night 209 was the first time Gane was seen visibly hurt in a fight. The 32-year-old is usually very agile and known for his movement around his opponent’s attacks. The experience was a first for Gane.

“Nothing,” Gane said recalling the feeling of getting dropped. “I don’t have time to put question in my head. I just react. So I felt nothing, then I felt the ground with my hands, and after that I saw his legs, so I grabbed the legs, and that’s it. This was my feeling. And after a few seconds I was back.”

Tim Kennedy: ‘It’s totally fine for UFC fighters to train with a terrorist’
MMA Junkie’s Submission of the Month for January: Gabriel Bonfim joins brother as award winner
MMA Junkie’s Fight of the Month for January: Jamahal Hill batters Glover Teixeira in Brazil
Coach: Johnny Eblen the ‘best middleweight on the planet’
Dan Hardy isn’t sure Jon Jones can succeed as heavyweight without ‘natural advantages’ at 205