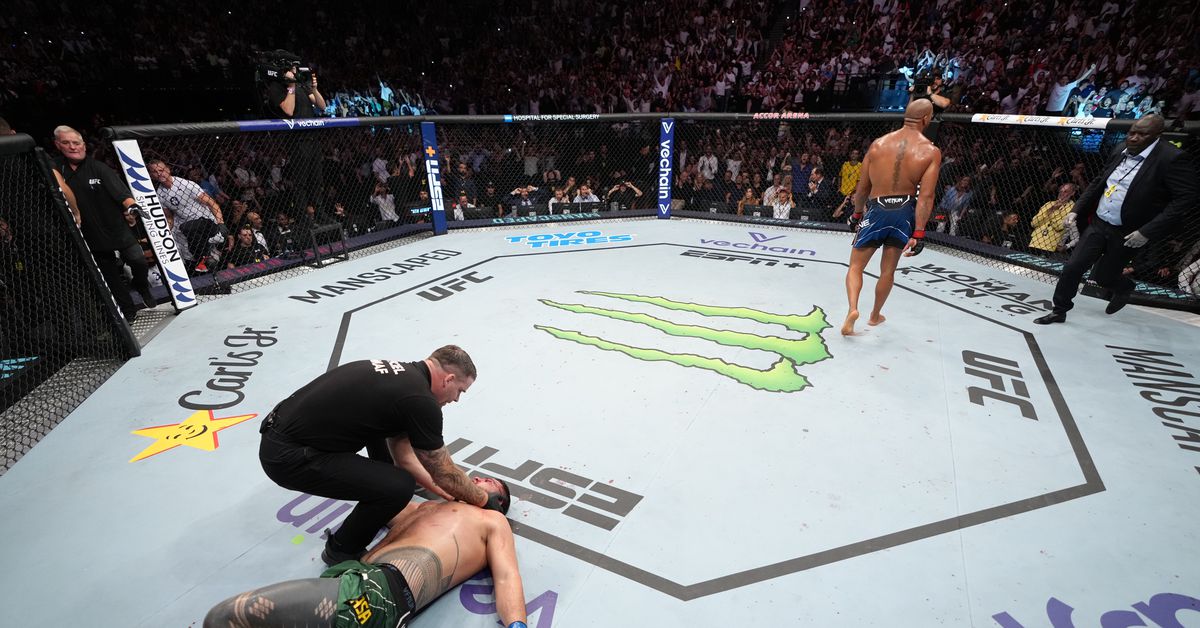 Ciryl Gane and Tai Tuivasa left it all inside the octagon during the main event of UFC Paris. The former interim heavyweight champion came through after overcoming adversity and pulled off a huge win.

MMA Fighting’s Mike Heck, Alexander K. Lee, and Jed Meshew react to the incredibly chaotic battle between Gane and Tuivasa, which Gane won via third-round TKO. Additionally, they discuss where Gane goes from the win, if he can get a title shot next, Robert Whittaker’s masterclass against Marvin Vettori in the middleweight co-main event, if Vettori should ponder a move up to 205 after the loss, Nassourdine Imavov’s ceiling after his dominant decision win over Joaquin Buckley, and more.

Watch the UFC Paris post-fight show above, or an audio-only version of the show can also be streamed below and on Apple Podcasts, Google Podcasts, Spotify, Stitcher, and wherever else you get your pods.