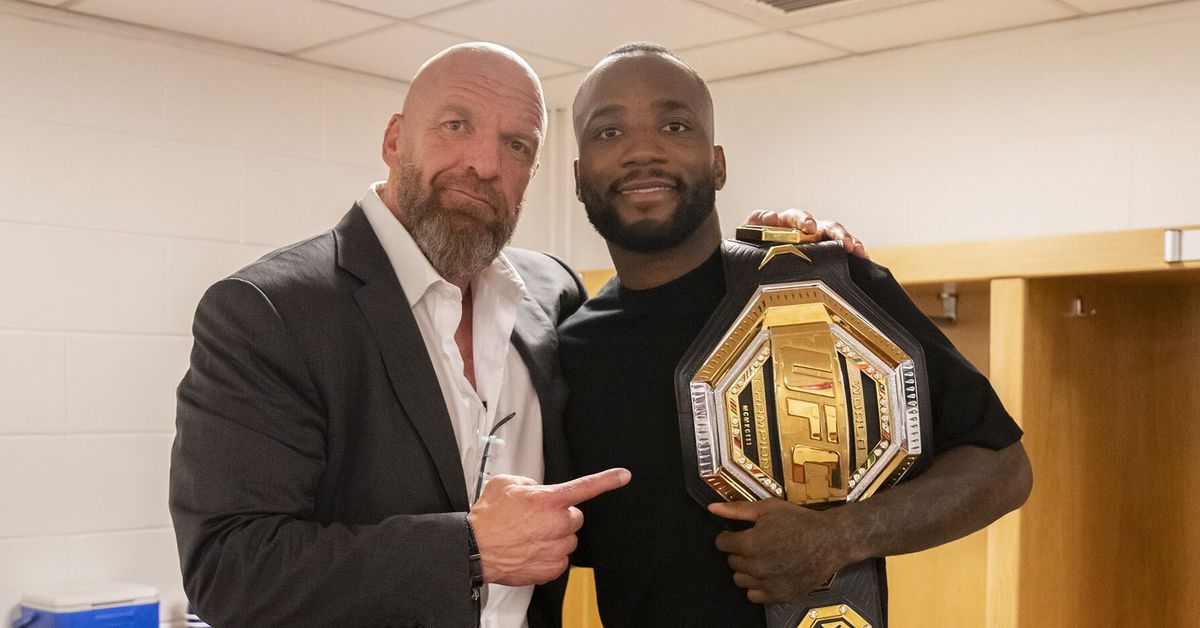 UFC Paris exceeded expectations earlier tonight (Sat. Sept. 3, 2022) when all the French talent was victorious, and the general quality of the fights was quite high. In addition, the crowd was going absolutely wild for the first-ever UFC event on French soil, which made the stakes feel even higher.

Though French champion Francis Ngannou was in attendance, UFC Welterweight kingpin Leon Edwards, who resides in Birmingham, England, did not make the show. Instead, “Rocky” was rubbing elbows at the WWE: Clash at the Castle event inside the Principality Stadium in Cardiff, Wales. The Clash at the Castle event is the WWE’s first major stadium show in the United Kingdom in almost 20 years!

“A lot of excitement building for #WWECastle @principalitysta … great to have the champ @Leon_edwardsmma joining us this evening!”

Edwards and his recently captured UFC title also made it on the main broadcast.

When Edwards’ shin crashed into Kamaru Usman’s skull in the main event of UFC 278, his life permanently changed. “Rocky” is now a champion and a star, which opens up unique opportunities like the above. He may have to pass some of them up, however, because lots of contenders have their eyes set on his title.