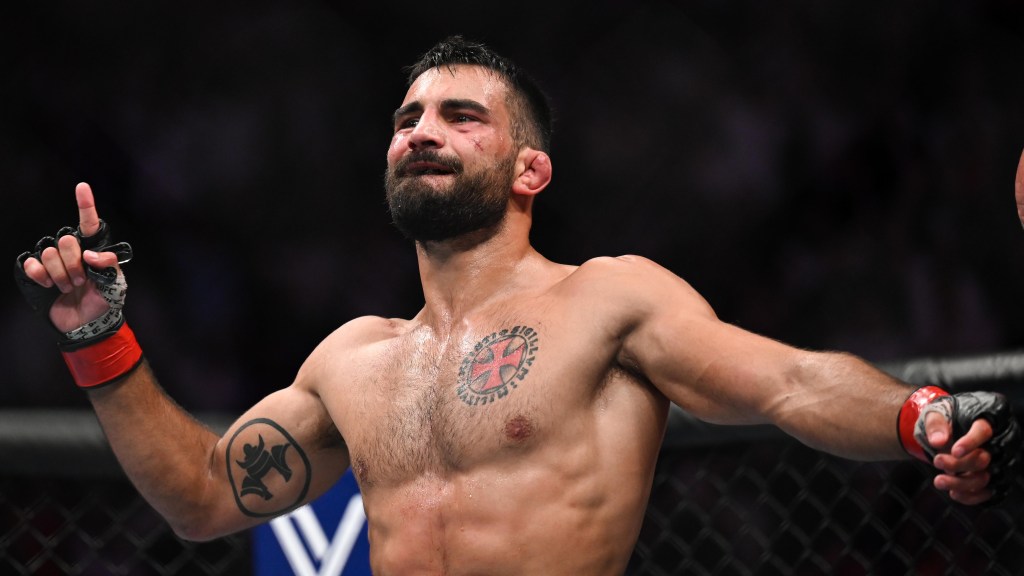 Saint-Denis (10-1 MMA, 2-1 UFC) continued his perfect finishing rate when he scored a bonus-winning TKO win over Gabriel Miranda this past Saturday at Accor Arena, where his big toe was left surrounded by a puddle of blood. Saint-Denis later explained that it was a pre-existing injury, which happened before his first octagon win against Niklas Stolze in June.

“I could not lift my toe any more, but I wanted to fight,” Saint-Denis told reporters, including MMA Junkie. “I had a hard preparation, so it was one month before the fight with the German guy (Stolze) in Vegas. We did no surgery. It was OK. I just had a lot of times where my toe was going into the ground. It injured me a little bit, so I had to train with shoes.

“Just after the fight with Niklas, I got surgery, but six weeks without any sports, so I had only three weeks to prepare for this fight. It was the best and hardest camp I ever had, because obviously three weeks, the first two weeks you feel like sh*t, because you haven’t trained for a long time. The last week, I was starting to feel great again, but the toe was still a bit open.”

Saint-Denis said during his fight with Miranda that his toe re-opened, but that wasn’t going to stop him from putting on a show in front of his French fans.

“After a couple of kicks, it split in two almost,” Saint-Denis added. “It’s just the fight game. You never have a perfect preparation. There are always small injuries. It’s a part of life for any athlete, so now I will take time to heal it up.”