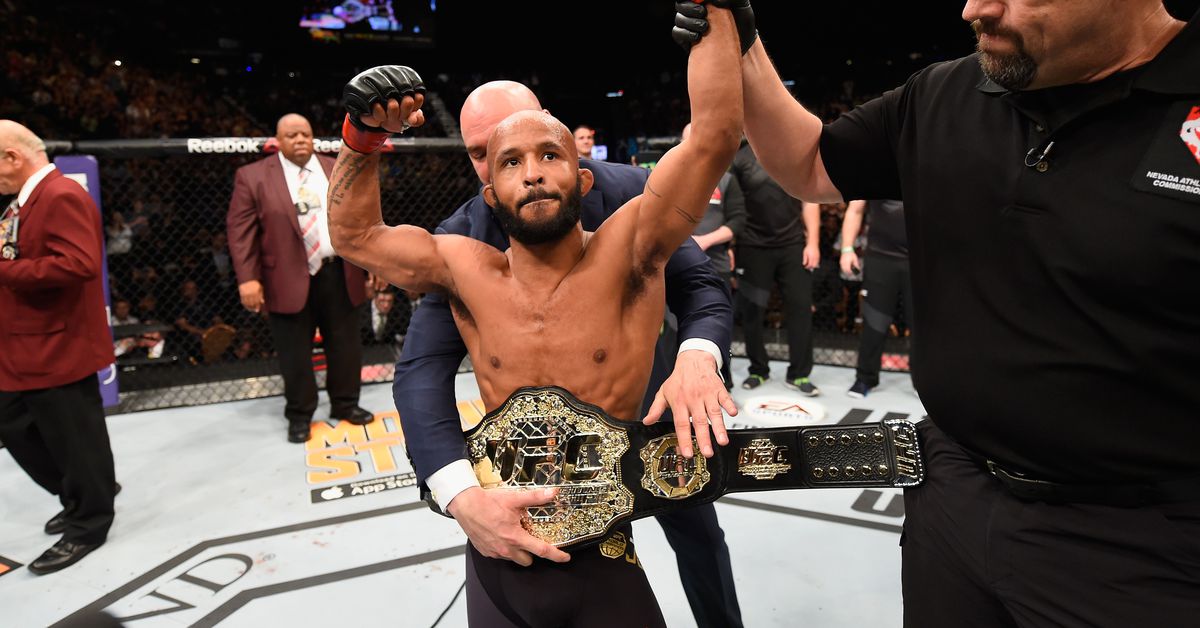 Demetrious Johnson has lost most of his UFC belts.

Johnson is one of the most decorated fighters in MMA history, having defended his UFC flyweight title a record 11 times. But back in 2017, “Mighty Mouse” was butting heads with the promotion over the number of belts he had. Specifically, he had only been given one belt, the one he took home when he captured the flyweight championship. He wanted belts for all of his previous title defenses, a standard practice at the time.

The UFC ultimately made good on his request, and he was able to take a photo showing himself with all his hardware.

But apparently, Johnson still ended up with only a few of his titles in his possession.

“The other ones, the story was, I got them all to New York. I had all of them, and imagine, each belt is 12 pounds. We’re at ESPN, taking a picture, and I was like, alright, I can’t get this all on the flight, so [someone] was like, ‘I’ll take them back to Vegas and I’ll send them up to you.’ So they went back to Vegas in the UFC warehouse, and that’s the only thing I know. I don’t know where they’re at.”

A little over a year after the famous photo was taken, Johnson lost the UFC flyweight title in a controversial split decision to Henry Cejudo at UFC 227. A couple months after that, the most accomplished champion in UFC history was traded to ONE Championship, where he continued to add to his collection. Johnson won their flyweight grand prix in 2019, and this past month, he added yet another title to his collection, claiming the ONE Championship flyweight belt with a fourth-round KO of Adriano Moraes.

Those belts are twice as big as his UFC titles, Johnson said.

“When they were like, ‘Hey can you bring the belt?’ I’m gonna tell them, ‘You guys need to make a fake one, just for press conferences because it’s so heavy.’”

Still, as the most accomplished champion in UFC history, one might think Johnson would be a little more upset about losing three quarters of his belts, even with his new titles.

But “Mighty Mouse” isn’t really bothered by it.

“I did [want them], but once again, it was so heavy I couldn’t get them on the plane!” Johnson said. “I had a solid plan. I had them sent back to Vegas and the warehouse and I figured they were going to send them back to me, and I dropped the ball. That’s OK. I got the special ones, I got the meaningful ones.