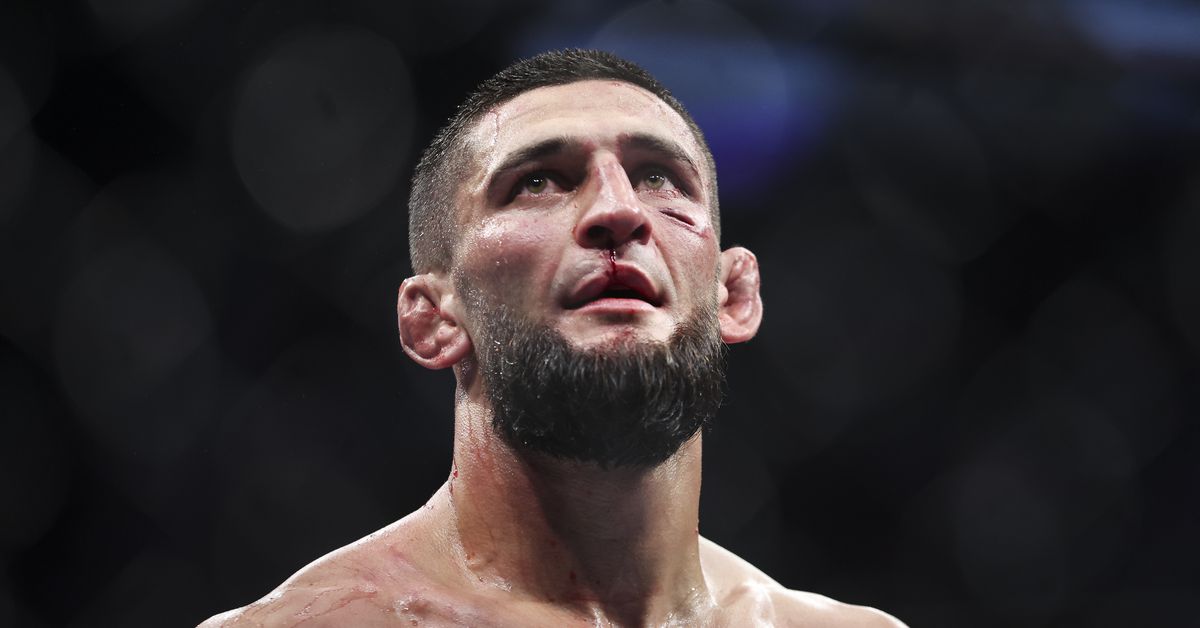 Khamzat Chimaev burst onto the scene in a fashion like few others. He won fights quickly, dominantly and hyped himself up immediately. “Borz” promised an undefeated run to a pair of titles, as well as threatening to eat any obstacle that stood in his way. True to his word, Chimaev has run up the ranks quickly, and he seems poised to devour Nate Diaz in the UFC 279 main event this weekend.

A big source of Chimaev’s trash talk often seems to revolve around labeling other fighters “fake gangsters.” However, Diaz’s longtime team mate and UFC 279 cornerman, Jake Shields, reveals that an earlier run-in Chimaev has the Chechen looking more fake. Per Shields, Chimaev started an altercation with Middleweight contender Paulo Costa, but he only did it while surrounded by his crew and with no real intention of fighting the Brazilian.

“I was there this morning working out with Paulo Costa, going over some techniques and just drilling, and all of a sudden Khamzat starts yelling at us and cussing Paulo like, ‘Well, you want to fight?’” Shields said (via MMA Junkie). “We look over, and it’s him and like 10 dudes.

“So we run over and start talking s—t and Khamzat keeps going, ‘Let’s fight now, let’s fight now,’ but as he’s saying that he’s walking down the stairs. It seemed like it was kind of more of an act for the cameras than anything. I guess someone said afterward that he was scoping us out for 10 minutes. If he wanted to fight Paulo, he would’ve run in there and started swinging on him, not stood outside the cage and say, ‘Let’s fight right now. Let’s fight right now.’

“It seemed kind of a weak thing. I guess that’s why he was upset because Paulo called him a fake gangster, and that was a perfect example of him being a fake gangster.”

Sounds like a classic “HOLD ME BACK BRO!” moment to me! Regardless, there will be no obstacles or additional team mates involved this weekend when Chimaev stares down Diaz. Fake gangster or not, “Borz” is still a gigantic favorite in that match up for a reason.

Robert Whittaker is knocking contenders off left and right. Who’s next for “The Reaper?”

‘If the UFC want to keep throwing the lambs, I’ll just keep slaughtering them”

A confident @robwhittakermma insists he is only getting better and after his display last night, who could say otherwise?

How about “Borrachinha?” The fight makes sense, and it sounds like a really fun match up.

Be sure to learn all your self-defense techniques from the Internet, you really can’t go wrong!

Tyson Fury officially calls for a boxing match with Anthony Joshua, which would surely still sell out a UK stadium.

A lot of details can go into securing a rear naked choke (or failing to finish).

A really cool interaction between Benoit Saint-Denis and Gabriel Miranda after their UFC Paris scrap:

I feel like almost all bare knuckle clips I see end via head shot, but I cannot imagine knuckles to the ribs feel great either.

Another cage side KO! Sometimes, hanging out on bottom and trying to just hold guard or something is a better option than trying to immediately turn away and get back up.

“Tigrao” landed a ton of huge shots throughout this entire clip.

This graphic of the Earth spinning while Norway avoids night is pretty cool!