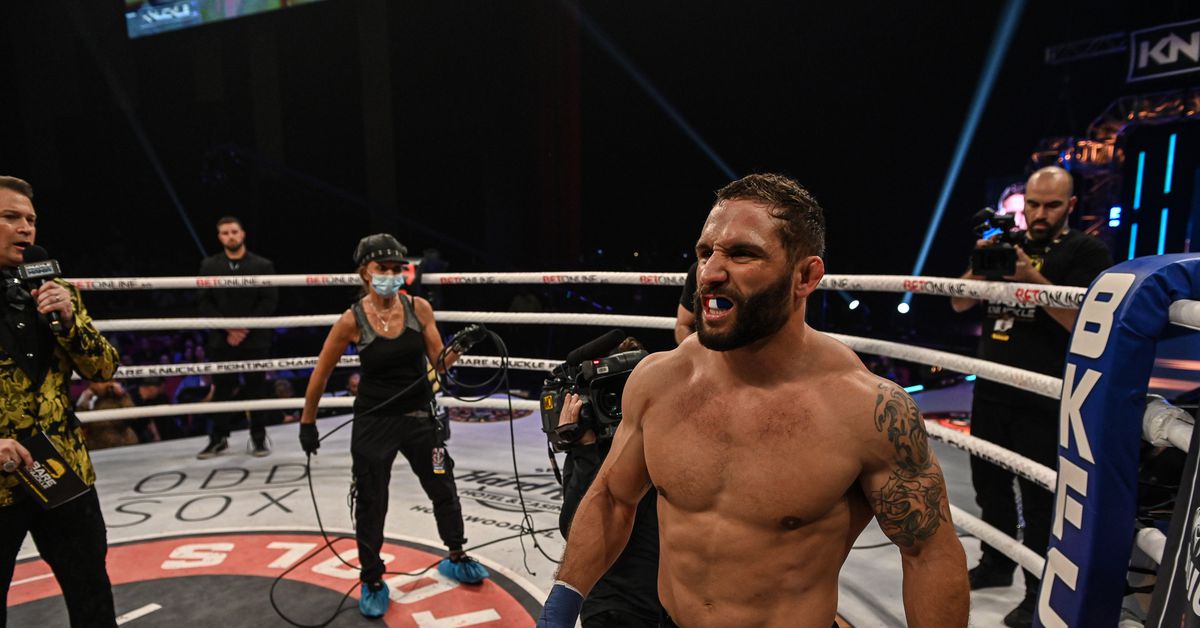 Chad Mendes is not counting Nate Diaz out in any way ahead of UFC 279.

On the final fight of his UFC contract, Diaz will face Khamzat Chimaev in the pay-per-view’s main event on Sept. 10 at the T-Mobile Arena in Las Vegas.

Mendes, who retired from the UFC before having an impressive bare knuckle boxing debut at BKFC’s Knucklemania 2 in February — where he knocked out “Famez” in the fourth round — views the fight closer than the betting odds suggest, but also believes what many others do when it comes to the business side of the booking.

“Nate’s a dude who will, honestly, go in there and fight anybody,” Mendes told MMA Fighting. “I don’t think he really gives a s*** about who it is.

“The fact that he just wants to be done [with the UFC], and they’re [viewing it as they’re] adding a name like Nate Diaz for this guy. They’re probably banking on this guy to destroy Nate.

Mendes has been incredibly busy with his outdoor sporting business, and has also and recently partnered up with Polaris for the Polaris RZR Sunday Stroll content series. Mendes, along with former two-time UFC strawweight champion Rose Namajunas, boxing great Roy Jones Jr., and former NFL wide receiver Chad Ochocinco, all got the chance to sit shotgun in the Polaris RZR Pro R with UTV off-road racing champion RJ Anderson.

While Mendes’ reaction to the fight announcement was indifferent, he’ll certainly admit that he is fascinated with how things could play out in the five-round welterweight contest — especially if the fight gets extended.

“Diaz has some slick submissions — both of the brothers do,” Mendes said. “You can’t ever say someone is just going to run through anybody, because we’ve seen so many times where you think that and someone gets caught with something and it’s like, ‘Holy s***, did not see that coming.’

“I wouldn’t say [Chimaev] is just going to go in there and run through him. It could happen, of course, but Nate’s a tough dude. Nate could pull out a win anywhere. He could overwhelm him with output, completely pick him apart if it gets to the later rounds. Obviously, [the Diaz Brothers’] cardio is insane where they can just keep going and going and going, and take a beating. If you’re not prepared or ready for that, that s*** could sneak up on you in those championship rounds.

“If you’re not mentally tough, that stuff will break you in there. I think anything can happen, but I think that will be an exciting fight, honestly. I’m really interested to see what happens there.”