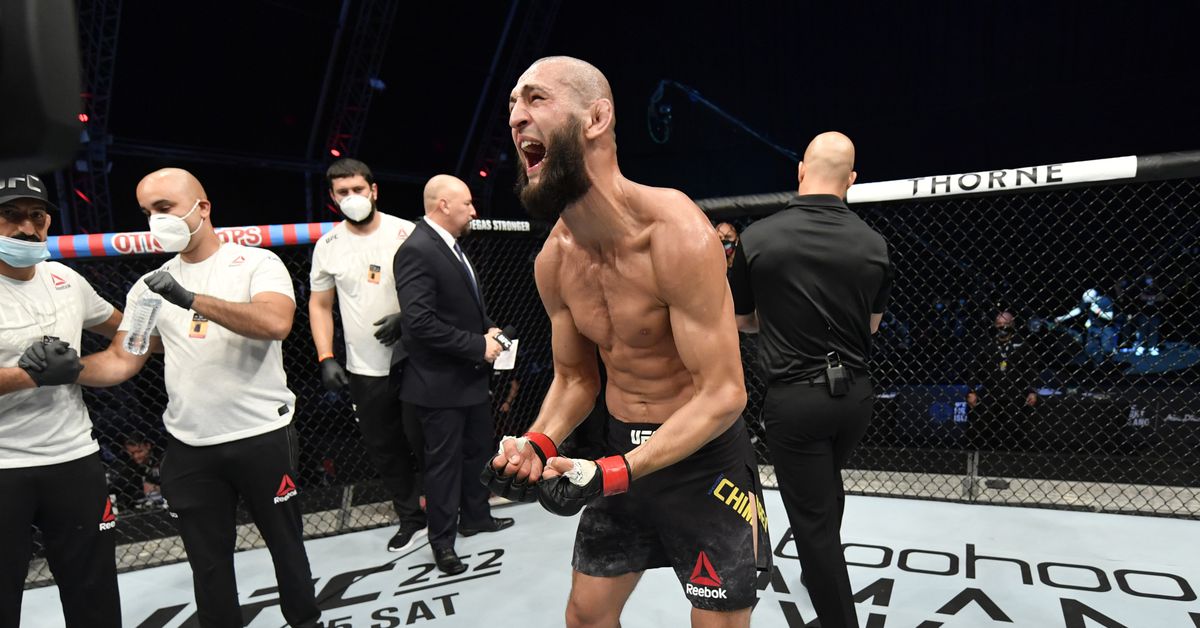 Ultimate Fighting Championship (UFC) has to figure out how to get heated rivals Khamzat Chimaev and Nate Diaz to face off at the upcoming UFC 279 press conference — and then again at the UFC 279 ceremonial weigh ins — without all hell breaking loose.

Or at least without someone getting a water bottle to the kisser.

Chimaev, however, is not-so-secretly hoping that both teams end up in a knock-down, drag-out brawl — regardless of the cost. Let’s just hope promotion president Dana White doesn’t get steamrolled like Dave Sholler did after the shit hit the fan back in 2014.

“If they wanna fight before (Saturday), fuck the money, brother, I’m gonna fight with them. I love to fight,” Chimaev told ESPN. “I’ve been born for war. I’m inside a warrior, don’t care. When the fights come, you don’t care about money or what’s behind it, just fight. If he wants to fight there with his team, I have like 20 guys with me. We’ll fight with all the teams, you know. I hope so. I would love if it happens, something crazy things there. His team is old, brother. My team is fresh. We kill this. His team almost handicapped, brother.”

A victory could push Chimaev into the next 170-pound title shot, which may not come until Leon Edwards and Kamaru Usman complete their trilogy in early 2023. As for Diaz, he recently formed his own “Real Fight” promotion in “The Golden State.”

To see who else is fighting at UFC 279 click here.