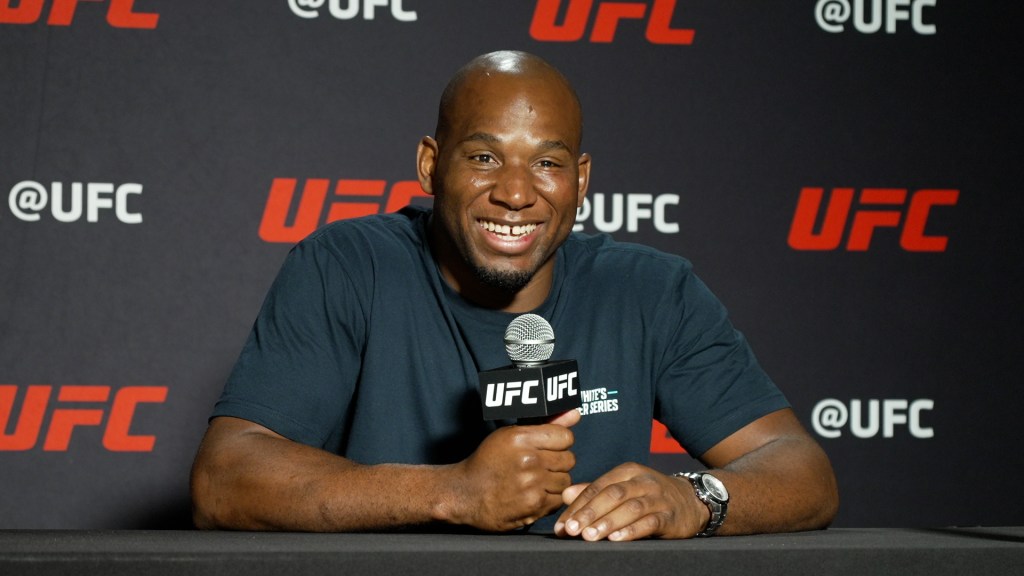 LAS VEGAS – Karl Williams turned 32 in January. He couldn’t have known at the time that his age might cause him some stress while trying to break into the UFC.

Just a week ago, UFC president Dana White said he typically isn’t looking to bring 32-year-old fighters into the promotion through Dana White’s Contender Series. But he also said he trusts matchmakers Sean Shelby and Mick Maynard when they set up fights, and 32-year-old Blake Bilder impressed him enough at DWCS 52 to get a deal.

Tuesday, Williams (7-1) took a unanimous decision from Jimmy Lawson (4-2) at DWCS 53. The fact he didn’t get a finish, combined with the knowledge of what White just had said about fighters his exact age had him a little nervous he wouldn’t get a UFC contract.

“It’s still a win, but I’m not satisfied because I know what Dana White is looking for,” Williams said at a post-event news conference. “I’ve been watching the Contender Series for a while. … Knowing the performance, and even last week he was saying about (fighters) being 32, I’m like, ‘Oh, here we go. Geez, give me a break.’ He did give me a break and gave me the opportunity.”

Williams got a deal with his fourth straight win, and now he’s hoping for a quick turnaround to potentially fight on the UFC’s Oct. 29 card with some of his American Top Team Atlanta teammates, including Cody Durden.

He also was fighting up at heavyweight against an opponent 30 pounds heavier than him. He’s naturally a light heavyweight, and that’s where he plans to return in the UFC.

“You’re just living in the moment right now, and I’m thinking about ‘When is the next one?’ It’s like, excited and then trying to figure out where we go from here,” Williams said. “I’m trying to be active. I’m trying to get two more by the end of the year, if possible.

“I believe in my coaches, believe in my team, so I never really think I’m going to lose. It was bad odds, but with what I’ve been doing, I’ve been training all year. Even having to take five weeks off, I still felt confident – I’m not going to give my best performance (at DWCS 53), but I’m able to win. I thought I was going to be a little bit better … I didn’t know if I was going to get another shot. … Let’s just win the first time and get it out of the way and get the ball rolling.”

“I’m hoping for Oct. 29, the Vegas card, because I have two of my teammates on that card.”

Check out the full interview with Williams in the video above.

UFC 284 Betting Odds: Underdogs Set In Main And Co-Main Bouts
Dominick Cruz Ranks his Top Five Title Fights From the WEC Era
Dana White says Makhachev vs. Volkanovski is ‘top 5 biggest fights of all time in UFC history’
UFC ‘The TIme is Now’ staredowns
In Sabah Homasi, Brennan Ward finally has opponent he can amp up for