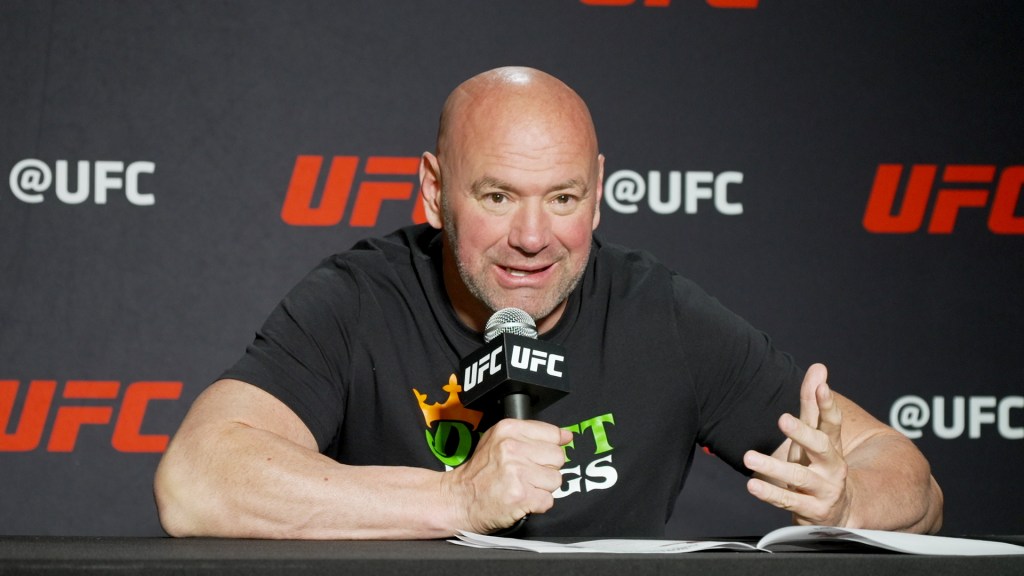 LAS VEGAS – Perhaps the most prominent storyline entering UFC 279 is the contract status of Nate Diaz, one of mixed martial arts’ biggest stars.

“Nate and I talked and I said, ‘Listen,’” White told MMA Junkie and other reporters. “This kid came in on ‘The Ultimate Fighter.’ He’s fought incredible wars for us. He’s been a big part of this company for a very long time. What more could I ask of Nate Diaz? If Nate is ready to make this his last fight, I wish him all the best in the world. It’s been fun. It’s really been fun dealing with those two.

White’s comments may seem sarcastic at face value, but he further clarified he legitimately enjoyed having the Diaz Brothers on board with his promotion – even if there were some bumps along the way.

White’s comments come hours after Diaz (20-13 MMA, 15-11 UFC) expressed mixed feelings about his situation during UFC 279 fight week. While he said he has love for the UFC and White, Diaz expressed how he felt more disrespected than respected at this point in time –  especially pertaining to the negotiations for his upcoming fight.

“This fight’s not even about this guy,” Diaz said. “It’s about making this guy. It’s about making this motherf*cker. And I’m like, ‘OK, well, you guys aren’t gonna let me go, because I’m the best fighter here. And you’re not gonna let me go unless it’s off of somebody. I gotta make somebody for you?’ Well, all right. You’re welcome. Let’s make him. You’re welcome, UFC.”

Regardless, the show rolls on for the UFC. White said the upcoming event headlined by Diaz vs. Khamzat Chimaev (11-0 MMA, 5-0 UFC) is trending well. The card also features Tony Ferguson vs. Li Jingliang and Kevin Holland vs. Daniel Rodriguez.

“I’m excited for it,” White said. “I’m sure you guys feel it like I feel it on social media. This stuff is cracking. They’re pulling big numbers right now. I’m expecting good things this weekend.