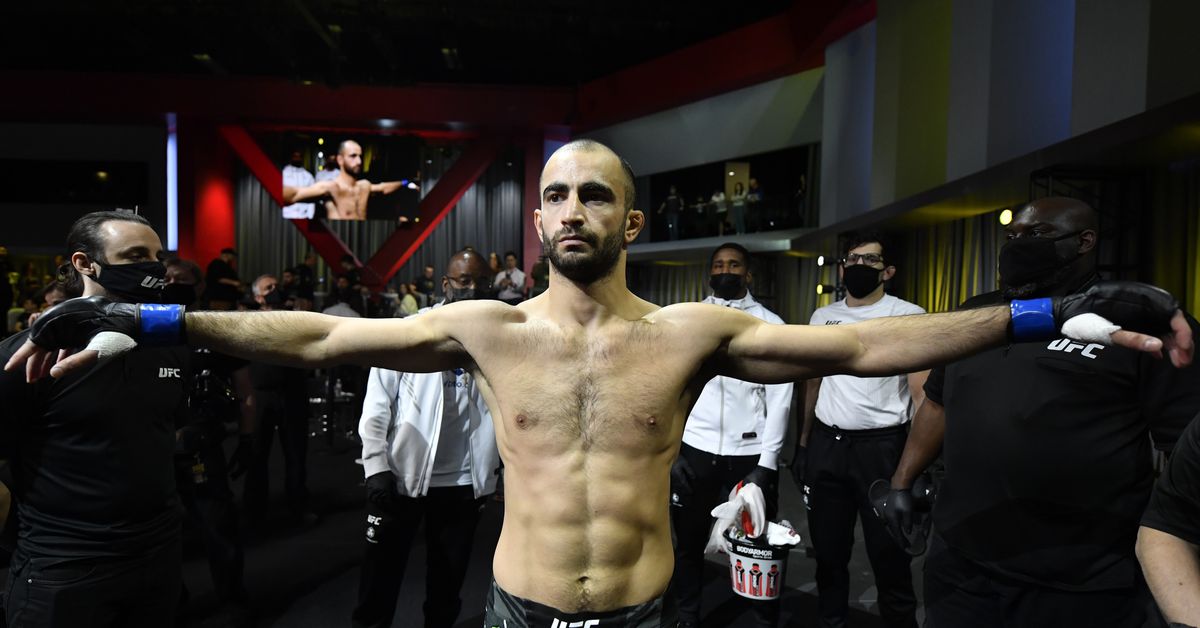 The upcoming UFC Vegas 60 card has taken a hit after Giga Chikadze was forced out of his upcoming co-main event fight against Sodiq Yusuff on Sept. 17.

Multiple people with knowledge of the shift confirmed the news to MMA Fighting on Wednesday following an initial report from MMA Junkie.

Details surrounding Chikadze’s withdrawal are unknown at this time, but the UFC is currently searching for a replacement opponent to potentially face Yusuff on the card.

Chikadze looked to bounce back from a unanimous decision loss to Calvin Kattar in his previous outing, which stopped a nine-fight winning streak by the Georgian featherweight. Now it appears he’ll have to wait even longer to make his return to action after falling off the card.

As for Yusuff, the 29-year-old fighter will have to wait on word on a potential opponent as he looks to build on a win over Alex Caceres in his most recent appearance in March. Overall, Yusuff has gone 5-1 in the UFC with his only loss coming via decision to Arnold Allen.

The UFC Vegas 60 card is headlined by a bantamweight matchup pitting Cory Sandhagen against Song Yadong.