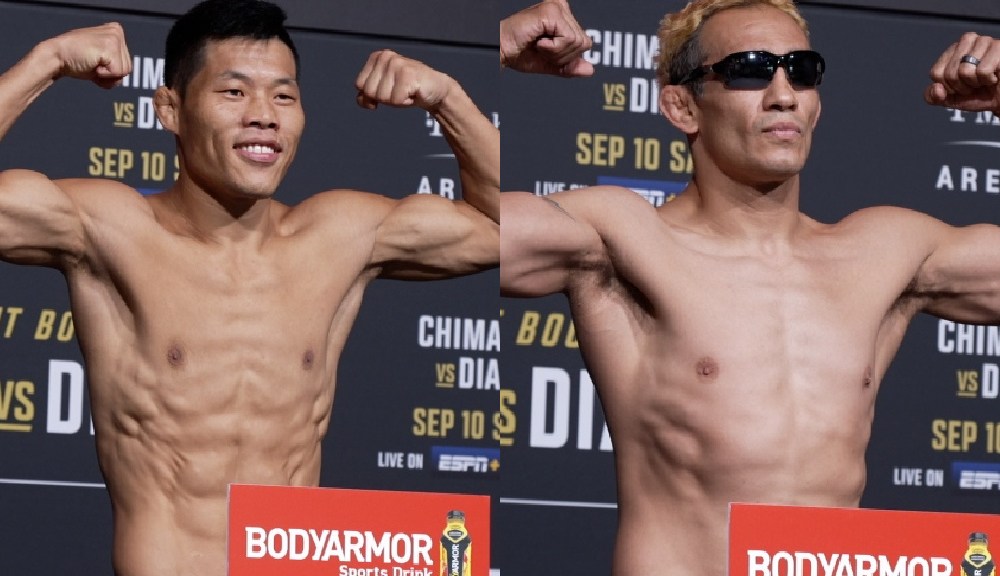 LAS VEGAS – Tony Ferguson is officially a welterweight for the first time in more than a decade after he and opponent Li Jingliang hit the divisional mark at UFC 279 weigh-ins.

Ferguson (25-7 MMA, 15-5 UFC), a former interim UFC lightweight champion, is seeking a fresh start by moving up a weight class following a four-fight losing skid. He gets a tough re-introduction in his first welterweight fight since September 2011, though, in the form of the heavy-handed Jingliang (19-7 MMA, 11-5 UFC).

The path to the contest is now clear, because at Friday’s UFC 279 official weigh-ins, Jingliang hit his mark at 170.5 pounds, while Ferguson registered at 171 pounds on the scale.

Check out the video of Jingliang and Ferguson weighing in above.