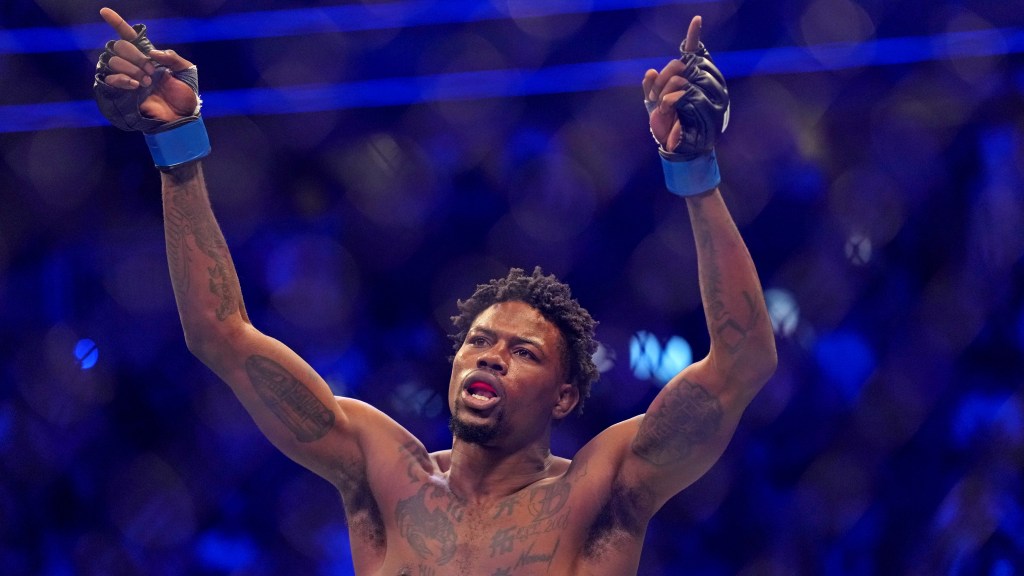 Kevin Holland hopes to get one more fight in before the end of the year to bounce back from a hectic UFC 279 fight week.

In the co-main event of the pay-per-view event at T-Mobile Arena, Holland (23-8 MMA, 10-5 UFC) faced an aggressive undefeated grappler in Khamzat Chimaev. It was not Holland’s original matchup, as he entered fight week preparing for a contest against Daniel Rodriguez in a 180-pound catchweight bout that came together two weeks prior to the event.

After Chimaev missed weight for his originally-scheduled bout against Nate Diaz, the promotion shuffled matchups and ended up with Chimaev vs. Holland in the co-feature.

Chimaev dominated and finished the fight in the first round by D’arce choke submission. Regardless of the outcome, Holland is ready to move on and step into the cage one more time to close out his 2022 campaign, preferably against Rodriguez, or a new opponent in former title challenger Stephen Thompson.

“I lost an amazing grappling match last night – I mean fight, my bad,” Holland said in an Instagram video. “Chimaev is one hell of an athlete. I’m still gonna be talking sh*t, because you know who I am.”

“Hate ending the year like this,” Holland continued. “So, would love to go in there against a striker. I don’t know if I’m still deserving of a ‘Wonderboy’ fight, but would love a ‘Wonderboy’ fight. If not a ‘Wonderboy’ fight, ‘D-Rod,’ we were all the way on task to getting it done. We had to switch it up to save the card. So, maybe we can get something nice and get it going, and collect another check before the end of the year. My guy.”

Holland entered UFC 279 on the heels of back-to-back wins. He defeated Alex Oliveira at UFC 272, and followed up with a second-round D’arce choke over Tim Means at UFC on ESPN 37.

If he gets his wish, Holland will enter his fourth fight in a calendar year, second to his 2020 run which saw him compete five times.