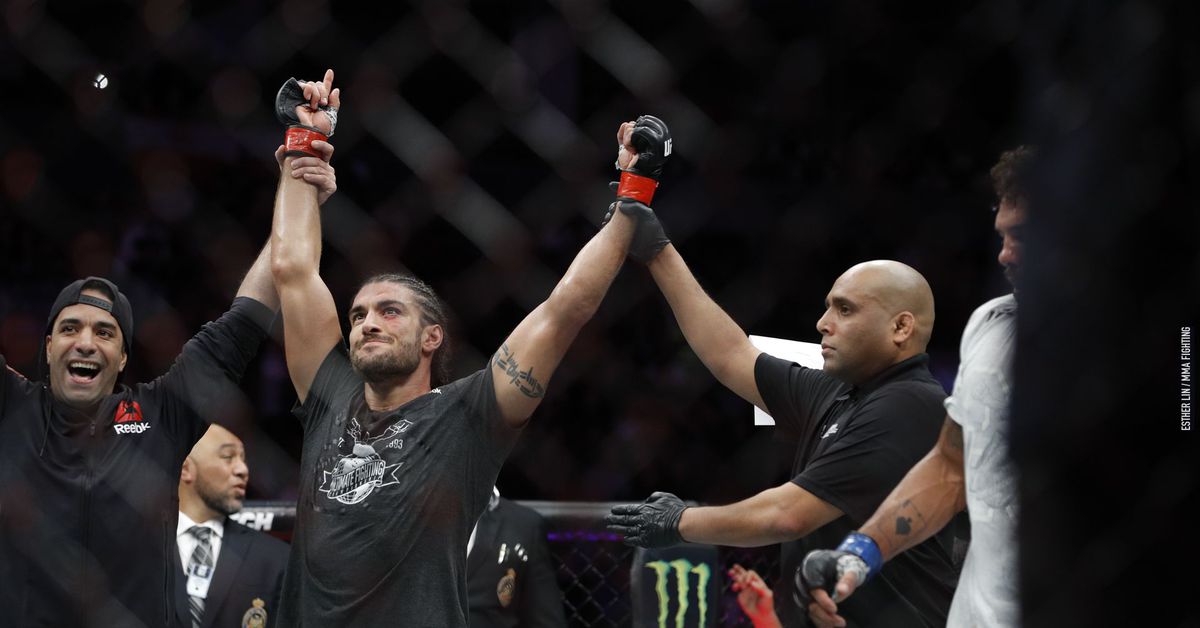 Tragedy struck the MMA community over the weekend as news broke of the death of former UFC fighter Elias Theodorou due to cancer.

Shortly after Theodorou’s death became public, fighters and fans paid homage to the Canadian veteran and The Ultimate Fighter: Nations winner, who died of cancer Sunday. He was 34 years old.

Invicta FC President Shannon Knapp called Theodorou “a beautiful soul” and “a bright light in this world” in a Twitter post, accompanied by images of the always unconventional Theodorou serving as the all-women promotion’s first-ever “ring boy.”

ONE heavyweight champion Arjan Bhullar, another standout fighter from Canada, wrote, “This is so damn sad. Never heard a bad thing said about him and blown away he just fought less than a year ago,” while UFC welterweight Michael Chiesa uploaded a video sharing a story in which Theodorou literally gave him the clothes off of his back.

UFC President Dana White took to Instagram to pay homage to Theodorou, who went 8-3 during his run with the promotion from 2014-2019.

See the MMA community’s social media reactions to the tragic news below.

You were such a beautiful soul. Always so kind and such a bright light in this world. This news is devastating. You will be greatly missed, but never forgotten. Fly high, Elias! #RingBoy pic.twitter.com/tHP9jv41JU

Horrible news to see, Canada lost a great one

I sat in a hot tub with Elias Theodorou in Moncton, NB, Canada back in 2018. He was fun to talk to… a thoughtful and nice guy. So sad to hear this news.

RIP Elias Theodorou. A great person and a HUGE voice for the more fair and equitable treatment of marijuana use in MMA and sport.

Took a nap to wake up and find out Elias Theodorou has passed. Way to young. You will be missed my guy. #LONGLIVETHESPARTAN

Oh man, It’s so sad to hear about Elias Theodorou. May he Rest In Peace.

And he didn’t make it known to the public at all. Can only assume he didn’t want pity. Damn. What a badass.

Sergei Pavlovich Reacts To Derrick Lewis KO Stoppage: ‘The Ref Is A Pro’ | UFC 277
The CALL-OUT that started it all! 😬
UFC Vegas 68: Lewis vs. Spivac Results & Highlights
Midnight Mania! Chiesa Vs. Jingliang Added To UFC 287
In Sabah Homasi, Brennan Ward finally has opponent he can amp up for