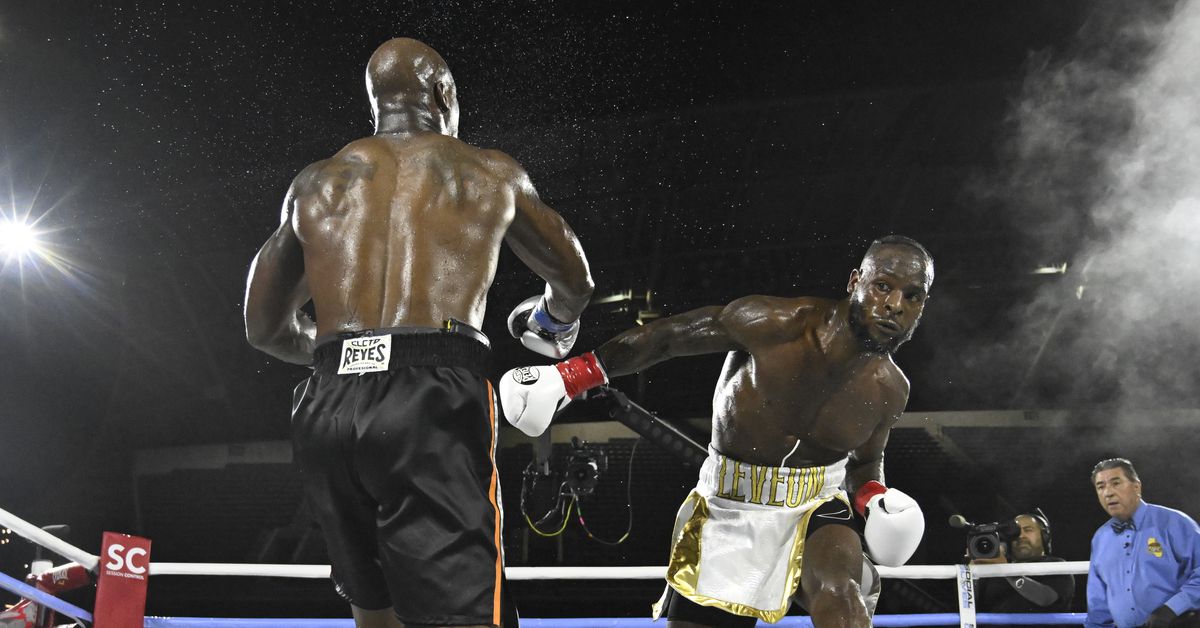 Three-time NFL All-Pro running back Le’Veon Bell scored his first knockout in boxing at the Social Gloves 2 event held in Los Angeles this past Saturday night — and he also took home the biggest payday on the entire card.

The salaries for the event were released on Monday by the California State Athletic Commission in a message sent to MMA Fighting.

Bell, who spent his playing career with numerous teams including the Pittsburgh Steelers and New York Jets, earned an event high $250,000 for his knockout against fellow NFL veteran Adrian Peterson.

While he’s continued to pursue a potential return to football, Bell has now kickstarted a new career in boxing with his viral victory over Peterson at the Social Gloves card.

Meanwhile, the headliners on the card, AnEsonGib — real name Ali Al-Fakhri — took home $50,000 for his win over Austin McBroom, which moved him to 1-1 in his boxing career after falling to Jake Paul in his only other appearance in the ring. For his part, McBroom earned $10,000 in defeat as he suffered a loss to his fellow YouTube star on the card.

NBA champion and former first-round draft pick Nick Young earned $100,000 for his first appearance in the boxing ring as he took part in an exhibition bout against late-notice replacement Malcom Minikon. The fight actually ended in a no decision once Young hit his head after being pushed through the ropes.

For his part, Minikon earned $25,000 for the event after replacing rapper Blueface, who was pulled from the card after not receiving his boxing license in time to compete.

Here are the full salaries for the Social Gloves card per the California State Athletic Commission: