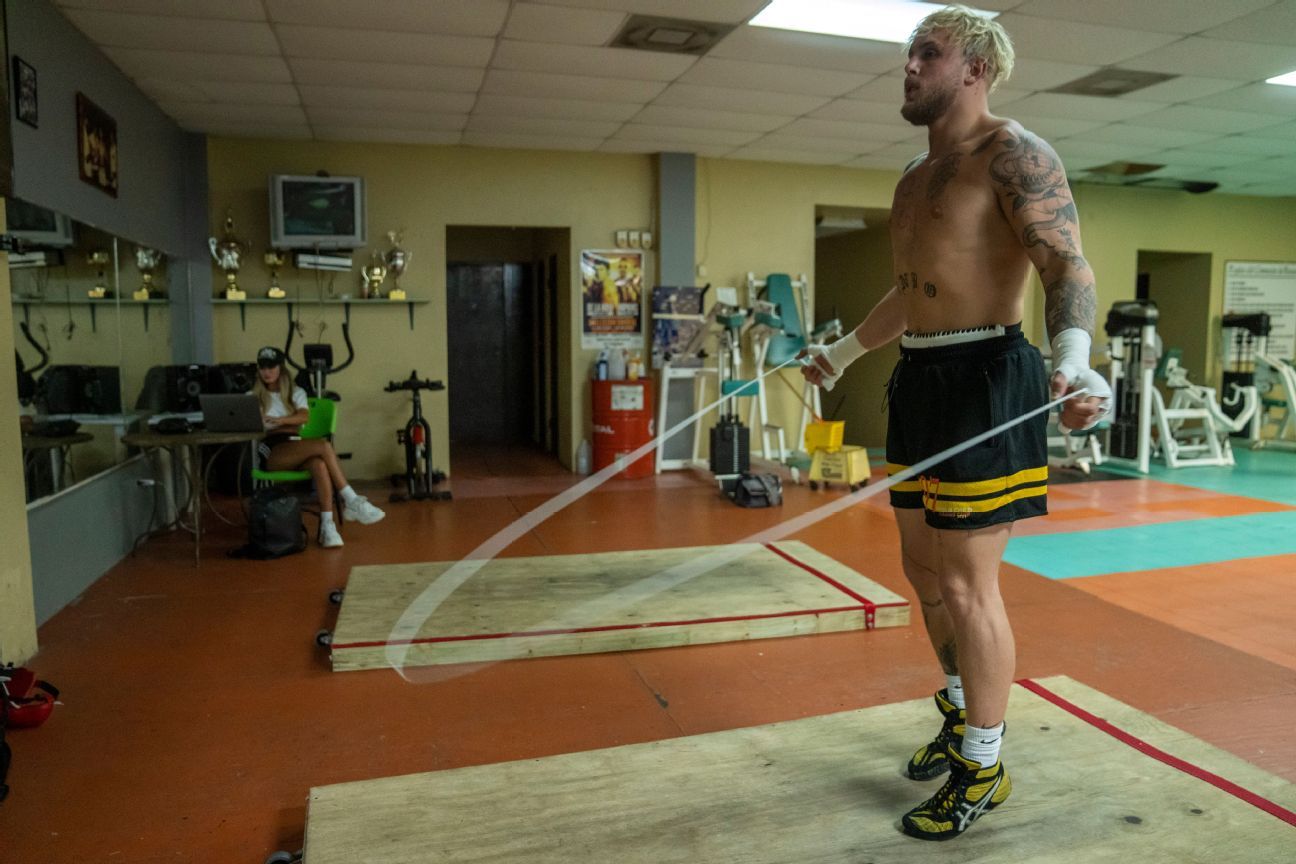 LOS ANGELES — Nate Diaz fought the final bout on his UFC contract last Saturday night, beating Tony Ferguson. That brings a boxing match between the wildly popular MMA fighter and Jake Paul — something both have talked about — closer to being a reality.

Paul, the YouTuber-turned-prizefighter, will fight UFC legend Anderson Silva in a boxing match Oct. 29 in Glendale, Arizona. But he admitted after a news conference Monday in Hollywood that a bout with Diaz is something that could indeed happen in the future.

Diaz will be in attendance for Paul vs. Silva. His teammate Chris Avila will box on the undercard. Paul has talked publicly about Diaz being on his list of desired future boxing opponents, but it never could have happened with Diaz still under UFC contract. It’s not a sure thing that it’ll happen, even now, Paul said, adding that he’s not even 100 percent certain Diaz is completely free and clear of the UFC.

“We will see,” Paul said. “I think there’s a lot of hurdles that he probably has to get through even getting out of his contract probably. I don’t know all the details. And then there’s hurdles I have to jump through. And one of those hurdles is a f—ing massive one in Anderson Silva.”

Diaz is a fighter Paul has watched quite a bit. And if Paul can beat Silva, surely no easy task, Diaz could be a future boxing opponent for him. In a media scrum Monday, Paul said he would “slap the Stockton,” a reference to Diaz’s hometown, out of Diaz if they fought.

“I definitely use all the potential fights that could happen in my career as motivation,” Paul said. “I want to have a long career. So, when I’m in the gym, I’m thinking, ‘OK, I’m gonna be doing this for three, four, five more years. I need to work extremely hard.’ This isn’t just a short-term thing for me. I always think about all the people out there who want to beat me, who want to fight me.”

Paul, 25, is 5-0 as a pro boxer and has three wins over former UFC fighters, two over former UFC welterweight champion Tyron Woodley and one over Ben Askren. Most recently, Paul knocked out Woodley last December. Paul was originally scheduled to fight Tommy Fury and then Hasim Rahman Jr. on Aug. 6 in New York, but Fury had visa issues and Rahman was unable to make the contracted weight.

Silva, Paul said, is different from all of the above. Not only is he the former longtime UFC middleweight champion with a UFC-record 16 straight wins on his résumé, Silva, now 47 years old, was a bona fide pay-per-view draw for the UFC. “The Spider” had lucrative rivalries with the likes of Chris Weidman, Vitor Belfort and Chael Sonnen, who was the emcee of Friday’s news conference. Silva is 3-1 as a pro boxer with a win over former world champion Julio Cesar Chavez Jr.

“For me, as crazy as it sounds, this is my first big fight,” Paul said. “All the other fights are somewhat big names. But no one that’s a superstar; Anderson is a superstar. In terms of hype and pay-per-views and media attention, this is the biggest fight. Finally, I don’t have to do all the promoting.”

The news conference was lighthearted, with both fighters cracking jokes and saying they respected each other. Paul and his brother Logan posed for a photo with Silva, reenacting one they took with the MMA icon when they were kids and fans of Silva’s. But Paul said he could see the “killer” in Silva when they squared off for the first time.