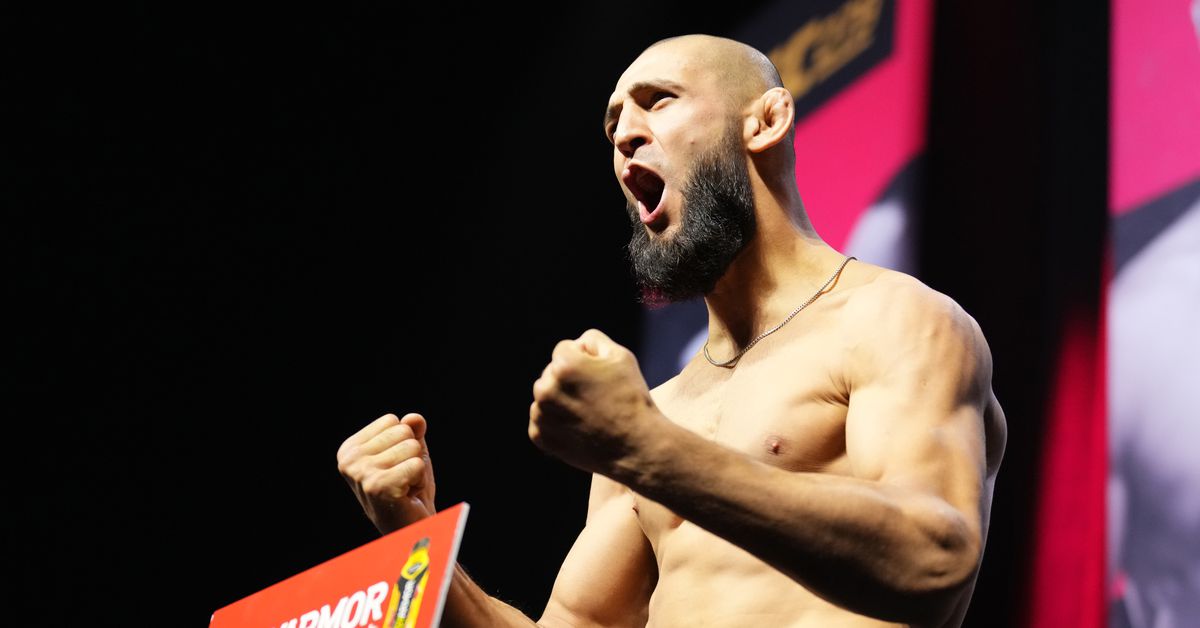 Khamzat Chimaev missed the welterweight limit for UFC 279, costing him the Nate Diaz main event, and in the days that followed it seems like everyone but “Borz” is taking the blame. First it was Darren Till’s influence, then it was the result of a medical issue, by the end of the week it will be the fault of Joanna Jedrzejczyk’s doctor.

“A lot of stuff went down, a lot of stuff that you didn’t see and that people will never hear about,” UFC President Dana White told reporters at the “Contender Series” press conference. “We fixed a lot of the problems we used to have and Khamzat came in on weight. When he landed here he was lighter than he was his last fight and he made weight.”

Chimaev, 28, previously fought Gilbert Burns at 170 pounds, making weight without issue for the UFC 273 pay-per-view (PPV) card last April in Jacksonville. I guess White didn’t bother to check with the Chimaev camp, since coach Andreas Michael admits they were unprofessional and started camp too heavy in time to maintain “a reasonable weight.”

“We started this camp heavy,” Michael said (via MMA Fighting). “That’s what the problem was as well. We got an offer to fight Nate Diaz, and it was earlier than this in August. It was too soon because he was heavy. Then they moved it 10 days up, and I believe we just started too heavy this camp. We should have had a little more discipline and held our weight to a reasonable level, to a reasonable weight close to the one that he’s training at and going into camp. That’s basically about it.”

It’s unclear what the plan is for Chimaev moving forward. “Borz” is probably one victory away from a welterweight title shot, assuming he can rebound from his penalty-free scale fail and hit the 170-pound mark his next time out. Or he can return to middleweight and try his luck against the top of the 185-pound division, depending on what happens here.