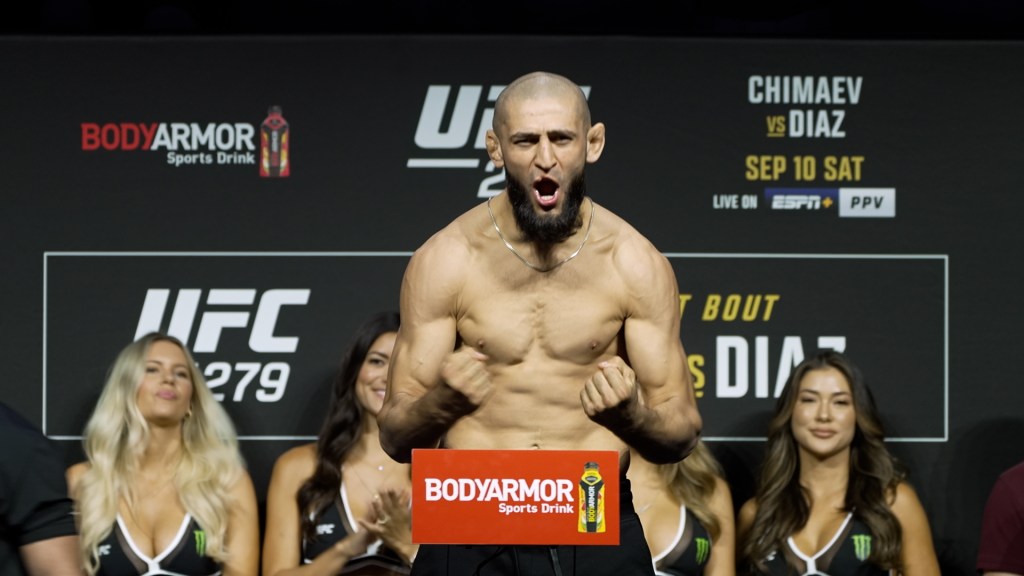 Chimaev (12-0 MMA, 6-0 UFC) came in 7.5 pounds over the welterweight limit for his originally scheduled bout against Nate Diaz this past Saturday at UFC 279. As a result, the card was shuffled and he fought Kevin Holland, instead, in a 180-pound catchweight bout.

“It’s a hard one,” Strickland said in an interview with Helen Yee. “If it wasn’t for my accident, I would still be at welterweight and I would probably have way better odds of winning a belt at welterweight. So, it’s one of those weird things where it’s like, would he enjoy life more at middleweight? F*ck yeah. I have cheeseburgers – I’m a happy, fat man.

“But that being said, at welterweight, life was f*cking miserable. I was f*cking running every night. But he will have a better shot at being a champion at welterweight, I’ll tell you that. But I also understand that that cut is f*cking brutal, and if I didn’t get into a motorcycle accident, I’d probably still be a welterweight.”

Strickland (25-4 MMA, 12-4 UFC), who meets Jared Cannonier in the UFC Fight Night main event Dec. 17, thinks Chimaev is one fight away from a title shot at welterweight. He sees former interim champion Colby Covington as the perfect opponent.

“He needs to fight a high-ranked guy,” Strickland said. “I think Covington would be a great fight. He fought Gilbert Burns, but I think Covington should be his next fight and if he wins, he should get a title shot.”