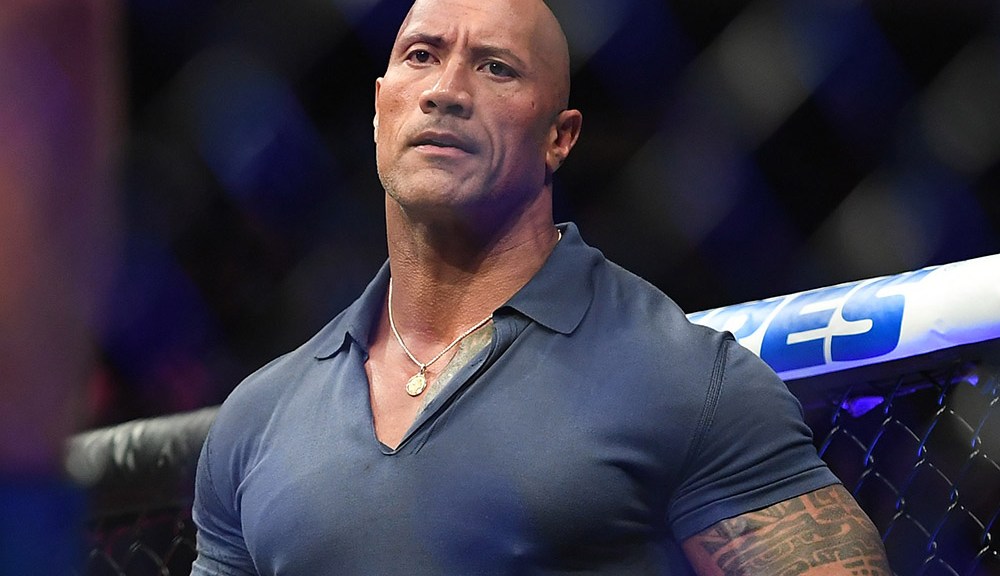 When Dwayne “The Rock” Johnson recently announced a shoe deal between his Project Rock line and the UFC, his social media campaign included a hashtag: #ForThoseWhoWalkTheWalk.

The partnership, Johnson wrote, “is anchored in hard work and legacy.” In other words, it’s about the fighters.

In reality, that’s debatable. According to reports, fighters don’t receive a cut of the revenue from the lucrative deal struck between the UFC and Under Armour, which owns Johnson’s Project Rock collection of shoes and apparel. The deal states that UFC fighters, who already have to wear Venum uniforms as part of an apparel deal, also must wear “The Rock’s” shoes during ceremonial weigh-ins and while walking out to the octagon.

How much say Johnson had on the terms of the agreement isn’t known. But since he’s the face of the brand, UFC lightweight Terrence McKinney took his shot on Twitter by trying to appeal to “The Rock” in a diplomatic way.

“Hey brotha @TheRock if you’re a fan of what we do make the deal favorable for the ones modeling your shoe,” McKinney tweeted. “I get it’s not your fault or your business doin it to us, but show us the love you think you are. Get in our corner and support us.”

Neither the Venum nor Project Rock partnership was collectively bargained with the fighters, but the recently extended Venum deal – like the Reebok uniform deal before it – directly ties into its Promotional Guideline Compliance program in which athletes are paid a flat sum on fight week for adhering to outfitting policies and completing required promotional duties.

As part of the program, fighters are compensated in tiers based on their number of fights with the UFC or if they’re a champion or challenger for a particular event.

No additional pay, reportedly, will go to the fighters from the new Project Rock partnership.

On his way out of the UFC last week in the lead-up to his UFC 279 win over Tony Ferguson, Nate Diaz took a shot at “The Rock’s” shoes during an ESPN interview with Megan Olivi after ceremonial weigh-ins.

“These shoes f*cking suck,” Diaz said, holding one shoe toward the camera. “Look at these shoes. They made me put this sh*t on. Fuck these shoes.”