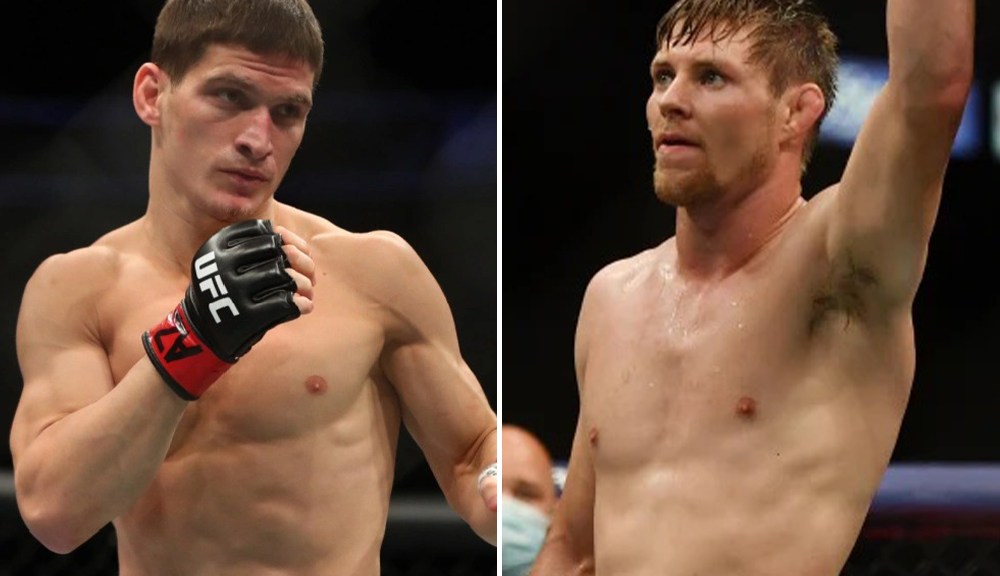 A pair of exciting, undefeated UFC featherweights are set to clash in November.

Bryce Mitchell returns to action against Movsar Evloev on Nov. 5 in a UFC Fight Night bout in Las Vegas. The event will take place at the UFC Apex. Mitchell (15-0 MMA, 6-0 UFC) currently holds the No. 10 slot in the latest USA TODAY SPORTS/MMA Junkie featherweight rankings, with Evloev (16-0 MMA, 6-0 UFC) right behind at No. 11.

Multiple sources confirmed with MMA Junkie that verbal agreements are in place for the contest following an initial report from Combate. The fight could potentially serve as the five-round main event, but details are still being finalized.

Mitchell, 27, was last in action in March at UFC 272, where he turned in a dominant performance against Edson Barboza. The unanimous decision win was his most impressive yet, following wins over Andre Fili, Charles Rosa, Matt Sayles, Bobby Moffett, and Tyler Diamond.

Evloev, 28, shares a few similarities with Mitchell as an undefeated bantamweight with six wins under the UFC banner. In June, Evloev defeated Dan Ige in the co-main event of UFC Fight Night 207. The Russian signed a new multifight deal with the promotion as well.

With the addition, the Nov. 5 UFC Fight Night lineup includes: