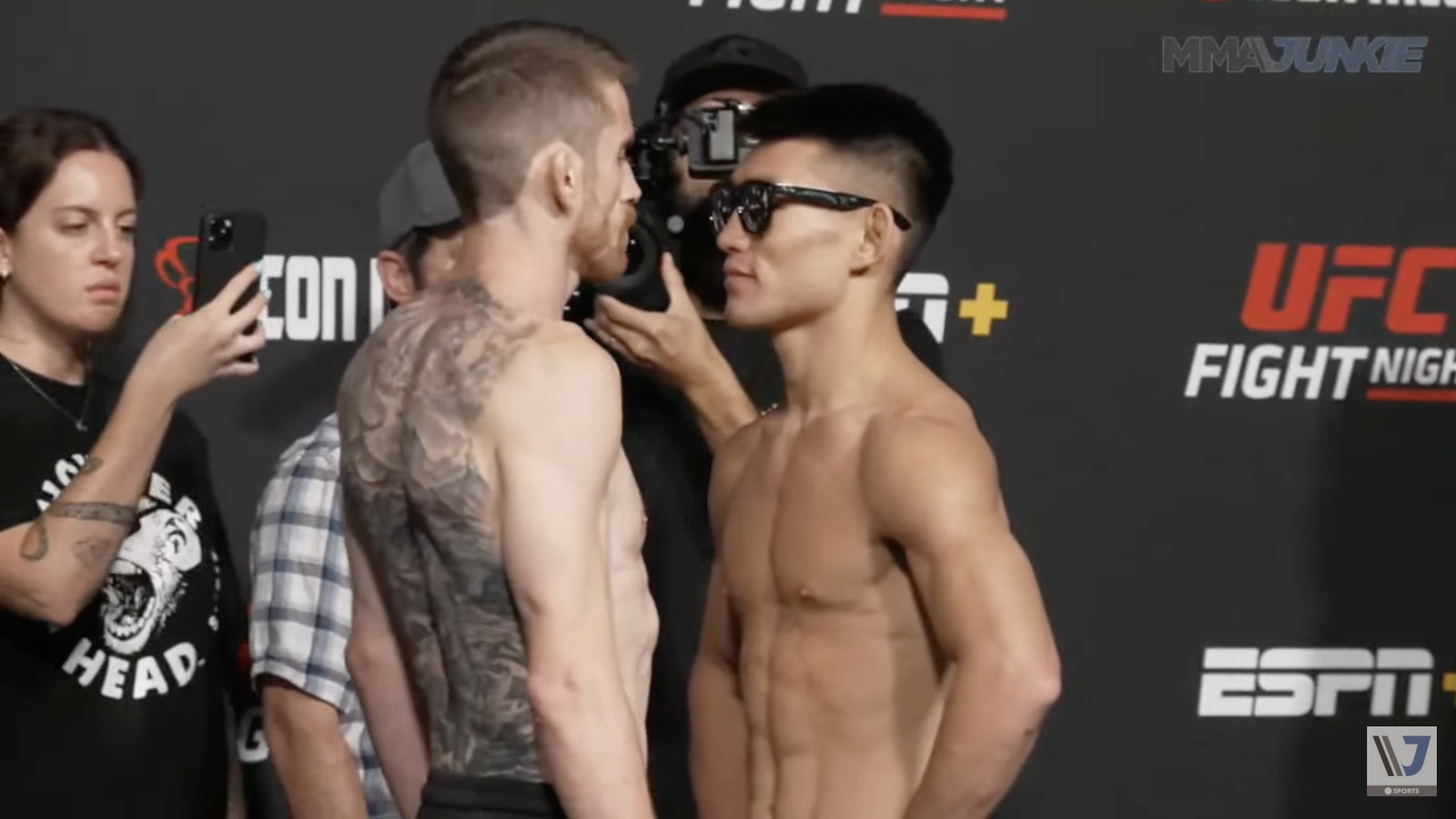 Cory Sandhagen and Yadong Song came face-to-face at the conclusion of the UFC Vegas 60 weigh ins on Friday, just one day in front of their bantamweight main event at the promotion’s APEX facility in Las Vegas, Nevada. Both “The Sandman” and “The Kung Fu Monkey” hit their respective marks without incident (135.5 each) and will no doubt bring the heat on Sept. 17 in “Sin City,” which you can stream on ESPN+ by signing up here.

Sandhagen (14-4) is looking to maintain his place among the Top 5 of his division after losing back-to-back fights to TJ Dillashaw and Petr Yan. In fact, “The Sandman” has dropped three of his last five and needs a big performance this weekend at APEX to keep himself in the 135-pound title hunt.

As for the 24 year-old Song, he improved to 19-6-1 (1 NC) by laying waste to Marlon Moraes back in March. “The Kung Fu Monkey” has won three straight and four of his last five, which includes his UFC on ESPN 8 victory over No. 5-ranked Marlon Moraes. A victory here could put Song into the bantamweight title conversation.

To check out the latest and greatest UFC Vegas 60 news and notes be sure to hit up our comprehensive event archive here. For the updated and finalized “Sandhagen vs. Song” fight card and ESPN+ lineup click here.