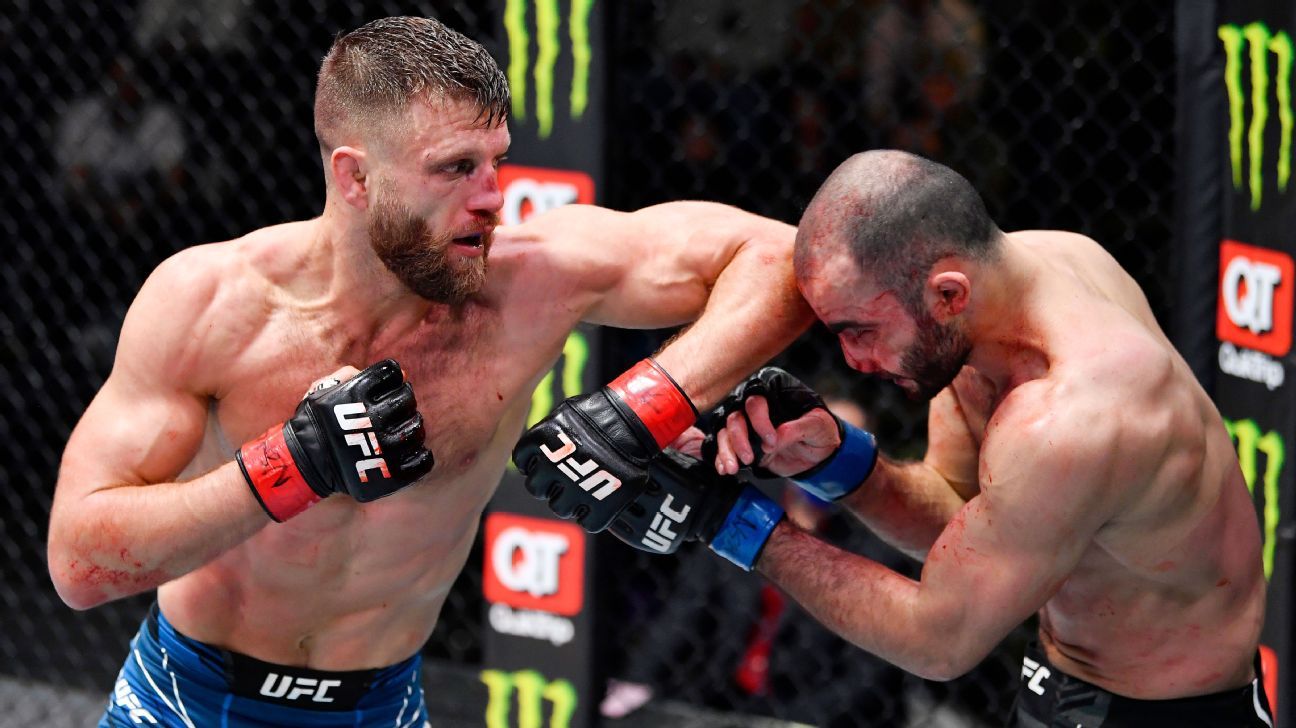 The UFC is finalizing a featherweight main event between Calvin Kattar and Arnold Allen for a UFC Fight Night on Oct. 29, UFC president Dana White told ESPN on Wednesday.

Bout agreements have not been signed, but the 145-pound contest is close to being official, sources told ESPN. The UFC Fight Night will take place inside the Apex facility in Las Vegas.

Kattar (23-6) is coming off a razor-thin split-decision loss to Josh Emmett in June. The Massachusetts native will look to close out 2022 on a high note after taking much of 2021 off. He picked up an impressive five-round win over Giga Chikadze in January before coming up short against Emmett.

Kattar will face a surging opponent in Allen (18-1), who is 9-0 in the UFC dating back to 2015. Fighting out of Suffolk, England, Allen is coming off a first-round TKO over fan favorite Dan Hooker in March. It was Allen’s highest-profile win inside the Octagon and came in front of a sellout crowd in London.

Kattar and Allen are the Nos. 5 and 6 featherweights in the world, according to the UFC’s official rankings.

Current featherweight champion Alexander Volkanovski (25-1) does not have his next title defense scheduled. He is coming off a victory over Max Holloway in July and is already back to training, according to sources. He has volunteered to be a backup for a lightweight title fight between Charles Oliveira and Islam Makhachev in October.

A knockout is bound to happen when these featherweights collide! 👊
Spivac earns biggest career win over Lewis
UFC champ Jamahal Hill wouldn’t mind knocking Magomed Ankalaev ‘the f*ck out’ for first title defense
Midnight Mania! One Win Away From A Title Shot?
Conor McGregor ARRESTED on the way to gym!