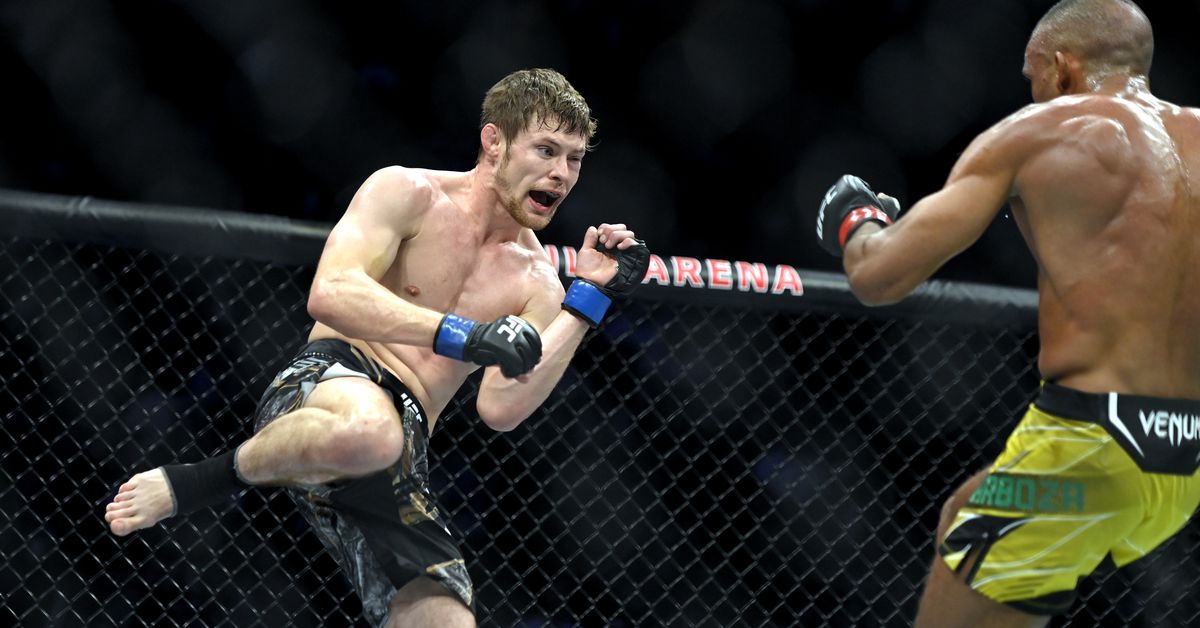 Two grappling aces will collide, and someone’s undefeated record will end up a thing of the past. Arkansas’s finest UFC fighter, Bryce Mitchell, will return to action opposite Russian wrestler, Movsar Evloev, on Nov. 5 at a UFC Fight Night event inside the UFC Apex in Las Vegas, Nevada.

The bout was first reported by David Van Auken and quickly confirmed by several sources.

Mitchell (15-0) enters this match up as the No. 9-ranked Featherweight on the roster. The 27-year-old wrestler has won six straight UFC fights to climb the 145-pound ladder, most recently battering Edson Barboza for the three round decision nod in March 2022. Mitchell is perhaps best known for scoring a twister submission earlier in his UFC career, as well as nearly twisting off his scrotum with a power drill.

Evloev (16-0) is ranked just a single position behind Mitchell at No. 10. Like his opponent, Evloev jumpstarted his career with a six-fight UFC win streak, and he’s been quite dominant inside the Octagon on the strength of his wrestling. His overall game is quite complete, which he most recently demonstrated in a shutout win opposite Dan Ige just three months ago.

One of these Featherweights should ascend into the title mix with a victory, while the other faces the first loss of his career. Who ya’ got?!?

For a dude who debuted inside the Octagon at 1-0, Mickey Gall managed to hang around the UFC roster for six years. Not bad!

Errol Spence and Terence Crawford have come to terms on a fight.

‼️ Errol Spence vs Terence Crawford is reportedly now AGREED and targeted for Nov 19th in Las Vegas, providing it gets signed. Welterweight champions are said to have “agreed to all material terms” including two-way rematch clause for the undisputed fight. [According to @ESPN] pic.twitter.com/EfIORn3xDF

Tyron Woodley might be headed back to the YouTuber boxing circuit …

Once again, Rani Yahya has been forced out of his planned bout versus Cody Garbrandt.

Got told Rani Yahya is OUT of his scheduled bout against Cody Garbrandt on October 1st. The UFC is looking for a replacement to keep ‘No Love’ on the #UFCVegas61 card.

Is Taila Santos requesting or announcing?

An update from Paul Felder’s career as a triathlete!

Honestly, if more than a handful of readers knew that Yoel Romero once submitted Chris Barnett in a grappling match, I’d be shocked. News to me!

Punctuated the combo with a high kick masterfully:

From first ascents on El Capitan to billionaire philanthropist: Yvon Chouinard is a legend.

EXCLUSIVE: Yvon Chouinard, who founded the outdoor apparel maker Patagonia and became a reluctant billionaire with his unconventional spin on capitalism, has given away the company. All Patagonia’s profits will now be used to fight climate change. https://t.co/22q91WK2Hz

Midnight Music: I’ve found myself listening to a good bit of Southern hip-hop lately, both new and old.