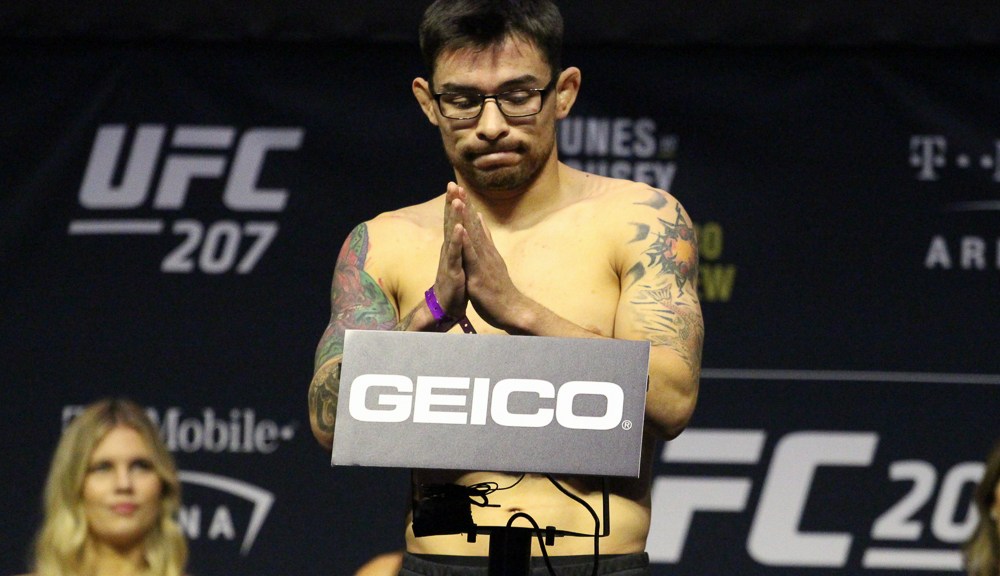 Borg (16-5 MMA, 7-5 UFC) was released from the UFC in August 2020 after missing his second straight fight against Nathan Maness at UFC on ESPN+ 31. Since parting ways with the UFC, Borg has won three straight, including two under the Eagle FC banner against former UFC fighters Cody Gibson and Ricky Bandejas.

The former title challenger posted on Twitter to address the UFC and his desire to come back.

“It’s been 2 years since being cut from the UFC. I’ve gone through a lot in that time frame and have reinvented myself as a man. 3 straight wins, no hiccups or f*ck ups, and 2 of my 3 fights where fight of the night bangers. @danawhite @seanshelby @Mickmaynard2 I want my job back!”

Borg had a history of canceled fights throughout his UFC tenure, as well as four weight misses. His last octagon fight came in a split decision loss to Ricky Simon, but prior to that, he had back-to-back wins over Gabriel Silva and Rogerio Bontorin. Borg briefly retired after the news of his UFC release, but walked back his decision after admitting that “depression and stress” got the best of him.