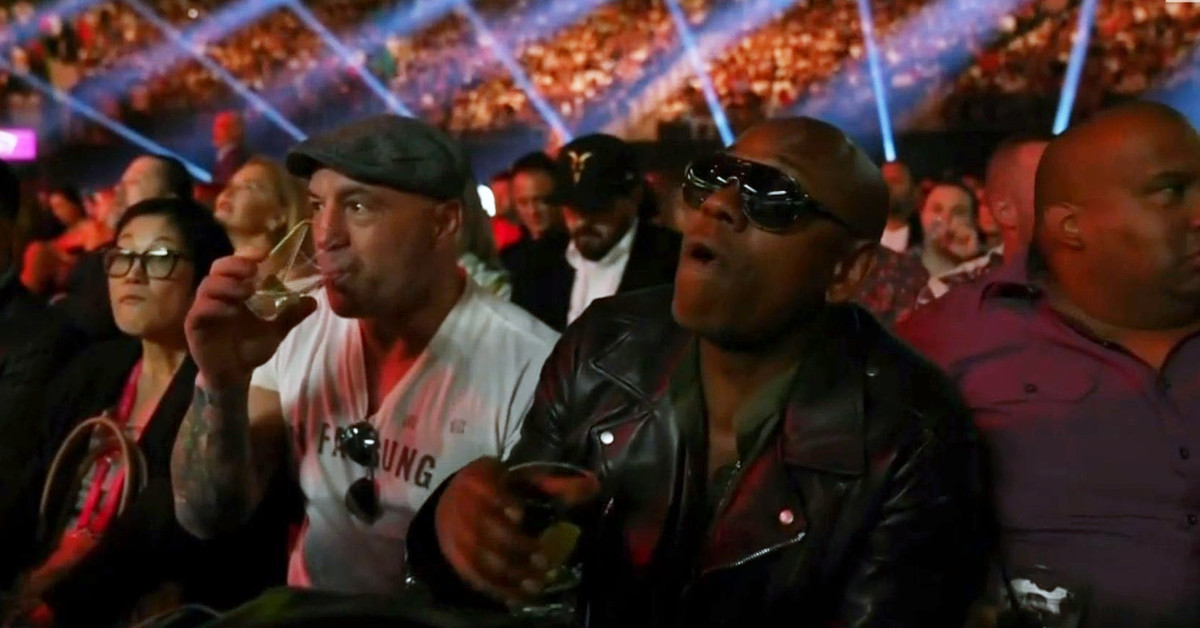 Joe Rogan’s latest Saturday in Las Vegas was definitely one to remember.

The massively popular podcaster and UFC commentator is a huge fan of combat sports and the grappling arts. That led him to put together a full day of fighting entertainment in Sin City, kicking things off with the annual ADCC grappling event.

Rogan made it in time to catch Gordan Ryan, a three-time ADCC champ, who is competing in the Men’s +99kg division. Ryan will also face Andre Galvao, who is a six-time ADCC champ, later on Sunday in a special superfight.

Following a day of submission excellence, Rogan moved on to the UFC Apex where he took in the UFC Fight Night: Sandhagen vs. Song event. Joe’s only on call for mic duty when it comes to pay-per-view events, leaving him free to enjoy the show cageside without a headset on. He stuck around all the way through the main event before departing for his final destination.

“Ringside for Canelo and GGG!” Rogan wrote on Instagram. “We pulled off the combat sports trifecta tonight in Vegas!”

Joe Rogan wasn’t roving Vegas on his own. Footage from DAZN showed him entering the building with Dave Chappelle in tow.

Rogan didn’t just happen to be in town for this killer triple-header. He did a Friday comedy show at the Schottenstein Center in Ohio with Tony Hinchcliffe and Dave Chappelle before booking it to Nevada so he could bask in the glory of MMA, boxing, and grappling.