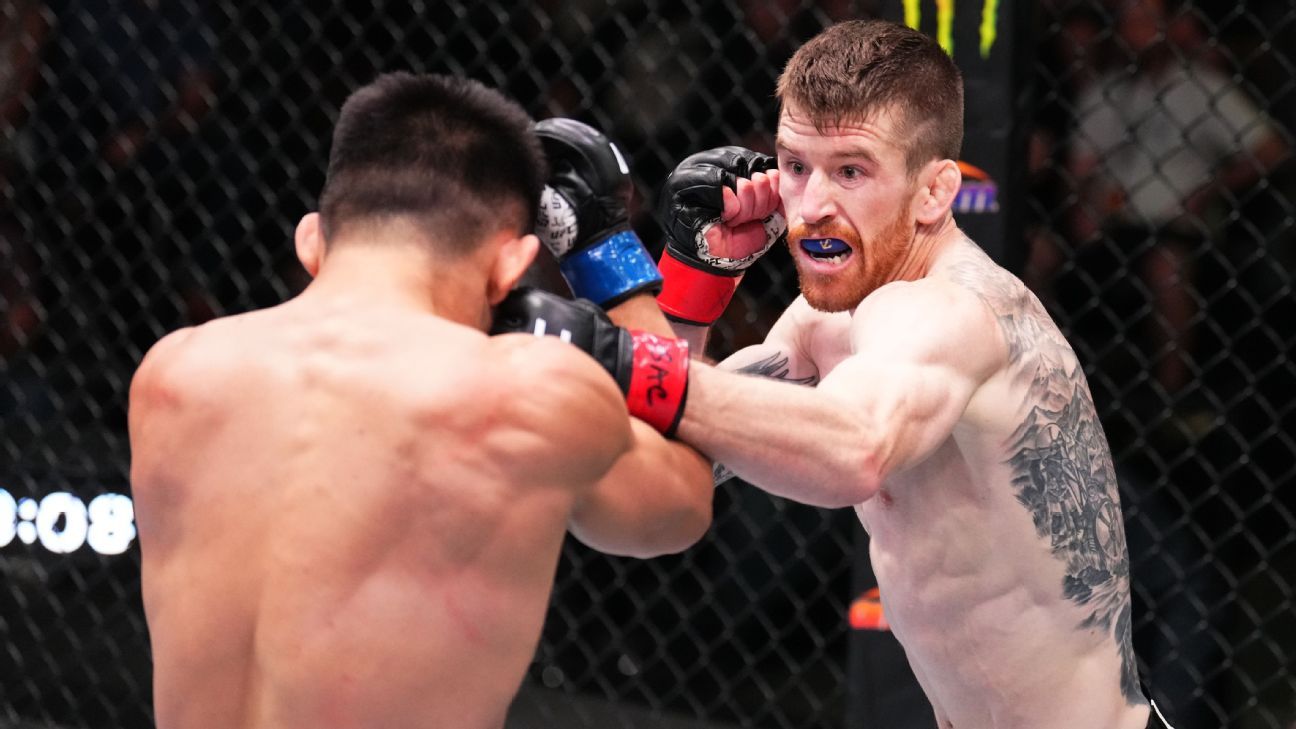 UFC bantamweight contender Cory Sandhagen picked up a much-needed victory over Song Yadong at UFC Fight Night on Saturday at the Apex facility in Las Vegas.

Sandhagen (15-4) won for the first time since February 2021, earning a TKO when Yadong (19-7-1) was unable to continue due to a cut over his left eye. Referee Herb Dean waved off the fight under the advice of physicians between the fourth and fifth rounds.

Sandhagen, who was coming off losses to TJ Dillashaw and Petr Yan, fell to his knees in celebration as Dean waved the fight off. This was his first appearance of 2022.

“Song is good, I knew he was good,” Sandhagen said. “I hate the way it ended. He deserved a fifth round. I wanted to see the scorecards to see if I was winning. But I cut him in the first, and I’m happy about it.”

According to UFC Stats, Sandhagen and Yadong landed the same number of total strikes, at 130 apiece. Yadong, 24, landed some heavy left-hook counters and right hands that backed Sandhagen up.

Sandhagen was clearly intent on pressuring Yadong, however, and that pressure mounted as the fight continued. He cut Yadong with a standing elbow in the first round and targeted that area throughout the rest of the fight.

Yadong is originally from China and now trains out of Team Alpha Male in Sacramento, California. He is 3-2 in his past five fights.

Midnight Mania! ‘I Hope UFC Will Share The Revenue With Its Fighters’
MMA Junkie’s Fight of the Month for January: Jamahal Hill batters Glover Teixeira in Brazil
No Bets Barred: Best bets for the heavyweight doubleheader with Bellator 290 and UFC Vegas 68
Sean Strickland explains why he’s the ‘coolest MMA fighter’
Raul Rosas Jr. plans to set a lot of UFC records