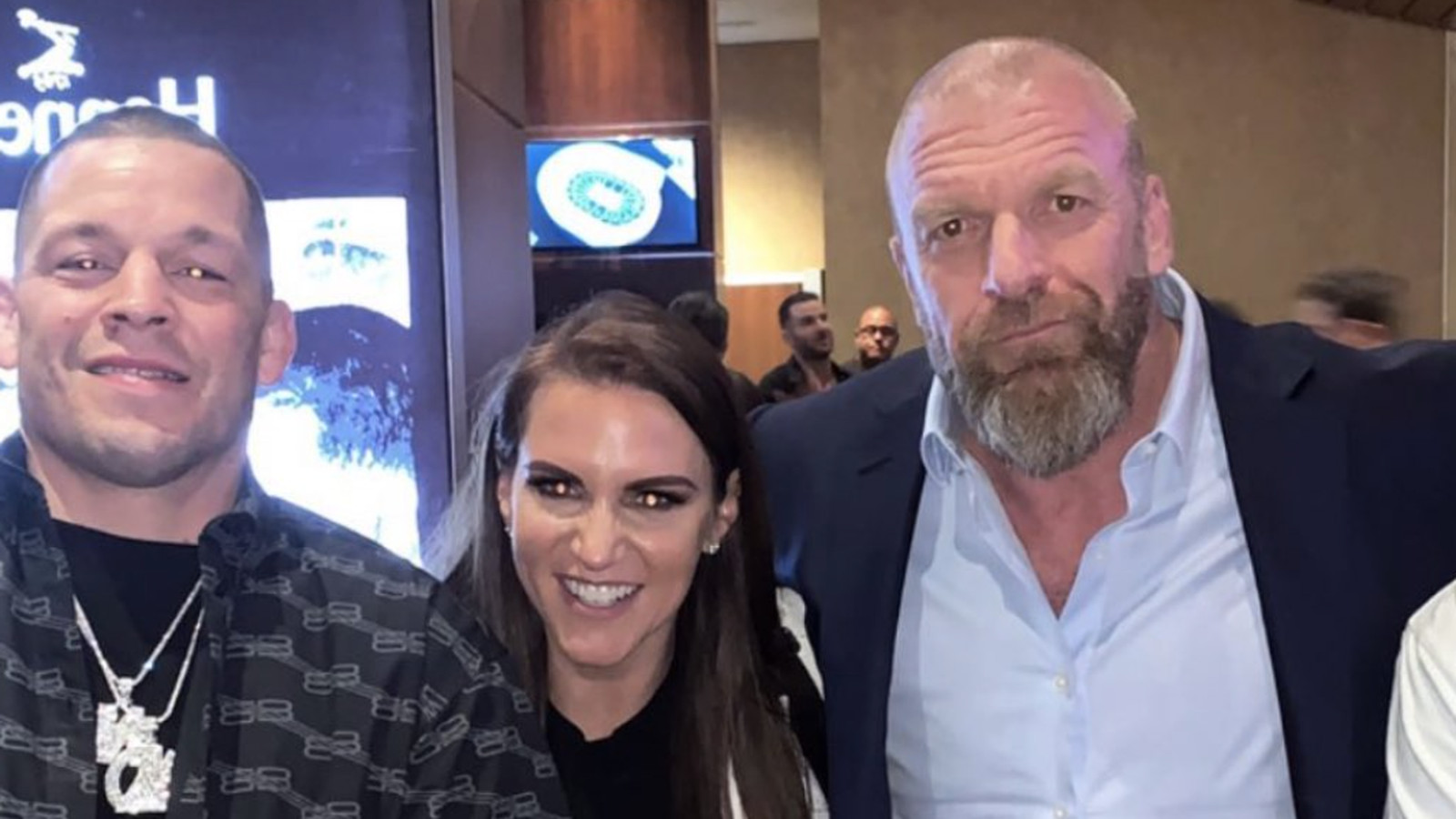 Nate Diaz is no longer a UFC fighter.

The longtime MMA veteran and winner of The Ultimate Fighter (TUF) Season 5 finished out his Endeavor contract by submitting Tony Ferguson in the UFC 279 PPV main event earlier this month at T-Mobile Arena in Las Vegas.

So what’s his next move?

“We just saw Nate Diaz,” former UFC bantamweight champion Henry Cejudo told Helen Yee. “I saw him in the restroom. He was high as a kite and so was I. And we looked at each other, he’s hilarious. Anyway, he’s looking to dabble in WWE to make money. We gotta use the brand that the UFC has given us and all these other platforms and continue to make money as an entrepreneur.”

That didn’t sit well with some UFC fans.

A recent photo of Diaz posing with WWE executives Paul Levesque and Stephanie McMahon had some followers crying sellout, because the Stockton slapper spent his entire career peddling a narrative about “real fighters.”

He even named his new promotion “Real Fight, Inc.”

I don’t know how to define “real” fighter but I’m pretty sure most combatants would rather be rich than real, otherwise there would be no reason to leave Wild Bill’s “Fight Night” where the winners get two free shots of El Jimador and a discount coupon for hot wings.