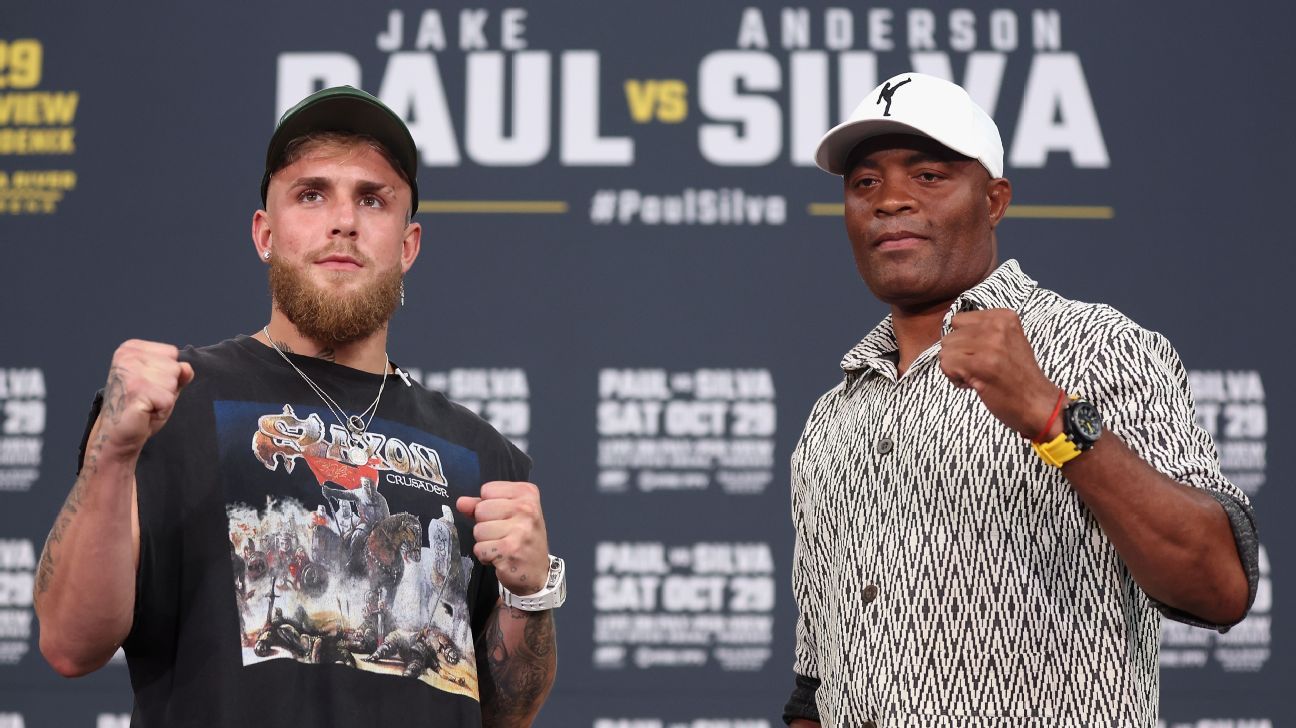 The Jake Paul vs. Anderson Silva boxing undercard will feature an unorthodox matchup.

UFC and Bellator MMA veteran Chris Avila will compete against YouTube star Doctor Mike in a four-round, professional boxing match Oct. 29 in Glendale, Arizona, officials told ESPN. The contracted weight will be 185 pounds, and the pair will fight with 10-ounce gloves. An official announcement is expected to be made later Tuesday.

Doctor Mike, whose real name is Mikhail Varshavski, is a well-known social media influencer with more than 23 million followers across platforms and more than 10 million YouTube subscribers.

Varshavski competed in an amateur boxing match back in May, a unanimous decision win over YouTube personality Ian “iDubbbz” Washburn. That event raised $1.3 million for charity, and Varshavski donated his entire fight purse to Ukraine relief. For the Avila fight, Varshavski will donate his purse to the Boys & Girls Club, per officials.

“As a practicing physician, I’ve taken an oath to ‘do no harm,’ but when those ‘exam’ gloves come off and the boxing gloves slide on: all bets are off,” Varshavski said via a statement. “With one win under my belt, I’m hungry to add more. And this pro-fight with Chris Avila could be just what the doctor ordered.”

This will be Varshavski’s pro boxing debut, as he joins the likes of Paul as famous YouTubers competing against professional boxers.

Avila is 1-1 as a pro boxer and is an eight-year veteran of mixed martial arts, a longtime member of Nate Diaz’s team in Northern California. Most recently, Avila beat Paul sparring partner Anthony Taylor last December in a boxing match via majority decision. Avila is expected to be the first fighter signed to Diaz’s new promotional entity Real Fight Inc., which is still going through the process of getting licensed by athletic commissions.

“Hmmmm, let’s see. I am giving him a height advantage, a reach advantage and a medical degree advantage,” Avila said on Tuesday. “It’s whatever though. If he wants to go to boxing fantasy camp, then I’m glad to give him the lesson he wants. A real fight against a real fighter who is not here to play games or clout chase for instagram.”

Also on the card, Paul’s Most Valuable Promotions’ top prospect, 18-year-old Ashton Sylve, will face boxing veteran Braulio Rodriguez in an eight-round fight contracted at 133 pounds, per officials. Sylve is undefeated at 7-0 with seven knockouts, and Rodriguez (20-4, 17 KOs) is just one fight removed from competing against Ryan Garcia, a 2018 knockout loss at Madison Square Garden. This represents a major step up in competition for Sylve.

The card will be put on by MVP and distributed by Showtime.

“MVP was started 14 months ago with a goal to elevate fighters and provide a platform that puts them first,” Paul and MVP co-founder Nakisa Bidarian said via a statement. “From the highest levels of boxing like Amanda Serrano, to young elite prospects like Ashton Sylve and unique crossover matchups like Avila vs. Dr. Mike, we pride ourselves on delivering exciting events that have something for everyone. On Saturday October 29, we are proud to partner with Showtime once again and deliver a night of boxing for the ages.”

A knockout is bound to happen when these featherweights collide! 👊
Adam Fugitt Ready To ‘Prove Doubters Wrong’ After Debut Loss | UFC Fight Night 218
Face Off! Bader Stares Down Fedor In L.A.!
Fedor Emelianenko Explained: The Legend Of The Last Emperor | MMA Fighting
Islam Makhachev Disappointed In Lack Of UFC 284 Promotion