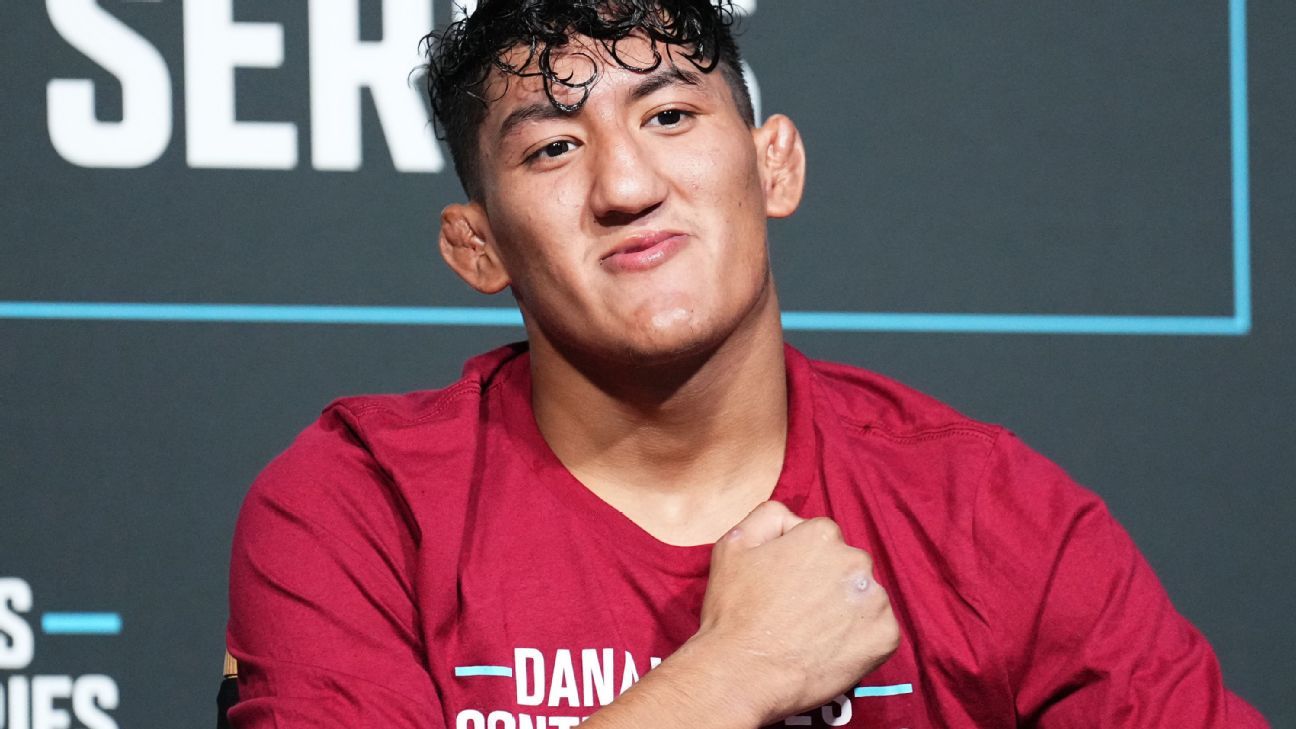 The UFC is bringing in a fighter who is just shy of his 18th birthday.

Raul Rosas Jr. became the youngest fighter to sign with the UFC on Tuesday night, following a unanimous decision win over Mando Gutierrez on Dana White’s Contender Series. White, impressed by Rosas’ performance, offered the teen a contract before the end of the show, which he accepted. Rosas is the youngest fighter to compete on the series.

“I’ve never seen anything like it,” White said of Rosas’ age and outing against Gutierrez. “Not only that, the amount of fighters blowing me up saying you’re crazy not to (sign him). … He’s absolutely, positively talented. He’s special, he’s different.”

Rosas, a bantamweight fighter, dominated the 25-year-old Gutierrez for most of the fight with his grappling prowess. He nearly finished Gutierrez in the first round with a rarely used Suloev stretch submission from back control. Gutierrez had moments, taking Rosas down and landing some ground-and-pound. But almost always, Rosas would end up in the better position, using his dexterity, skill and creativity on the ground to scramble his way to the top.

“I knew I was gonna get that contract,” said Rosas, who turns 18 on Oct. 8. “I’ve been saying it since the beginning. Since I was born, I knew this was gonna happen.”

Rosas (6-0) had finished all of his previous opponents before Tuesday night. The Mexican-born fighter, who trains out of Las Vegas, previously fought in the UWC promotion in Tijuana.

Dan Lauzon holds the record as the youngest fighter to compete in the UFC (18 years, 198 days), per ESPN Stats & Information research. As long as Rosas steps into the Octagon within the next 216 days — a likely scenario — he will beat that mark.

And Rosas is already talking about winning championships. The youngest UFC champion was Jon Jones at age 23 in 2011.