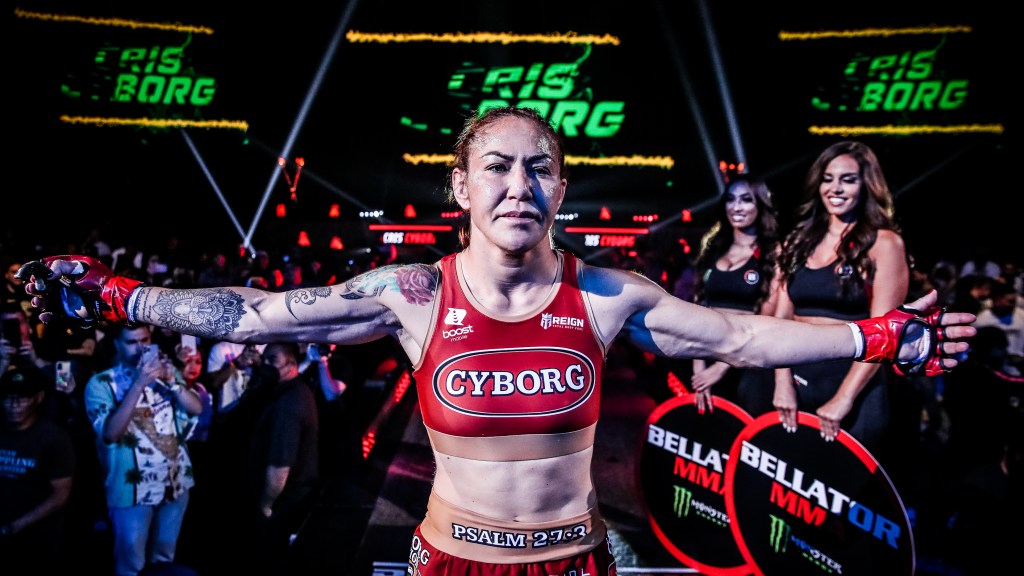 Former UFC women’s featherweight champion Cris Cyborg has no plans to return to the promotion unless it changes how it does business.

Cyborg, the current Bellator women’s featherweight champ, is on the verge of making her professional boxing debut against Simone Silva in Brazil at Fight Music Show 2 on Sept. 25. The bout will be the second combat sports contest for Cyborg in 2022, following her unanimous decision victory over Arlene Blencowe at Bellator 279 to defend her aforementioned title. It’s something Cyborg has wanted to do for many years, and announced her intentions during the post-fight press conference after defeating Blencowe in April.

However, what lies beyond her first walk to the boxing ring is unclear. While currently the Bellator champ, Cyborg isn’t sure how long her run with the promotion will last. Although, she is certain a return to the UFC is not in the cards, based on how business is currently handled.

Cyborg, 37, last competed under the promotion’s banner at UFC 240 on July 27, 2019 in a co-main event bout against Felicia Spencer. It was a rebound to the win column for Cyborg at the time, who entered on the heels of a title fight loss to Amanda Nunes eight months prior. Cyborg wanted to run it back with Nunes after defeating Spencer, but the promotion had other plans, and the two parties mutually went their separate ways.

After picking up the Bellator title in her debut with the promotion in 2020, Cyborg has since defended it four times. A fresh opponent in Cat Zingano could be the next title fight, but Cyborg doesn’t believe it’s a fight her potential opponent really wants.

A cross-promotion bout with PFL to face Kayla Harrison has been often discussed, but aside from public offers from the promotion, Cyborg has yet to sit down and have a real discussion with them.

At the moment, Cyborg seems to be holding her next move close to her chest, with a promise of more news to come following her boxing debut.

Jorge Masvidal Shoots Down Gilbert Burns 5-round BMF Request | The MMA Hour
Alexander Volkanovski Reacts To Khabib’s UFC 284 Absence
Pound-For-Pound No.1 is on the line in Perth! 😤
Fedor Emelianenko Explained: The Legend Of The Last Emperor | MMA Fighting
Fedor Emeilianenko has no regrets not fighting for UFC, recalls only meeting with Dana White