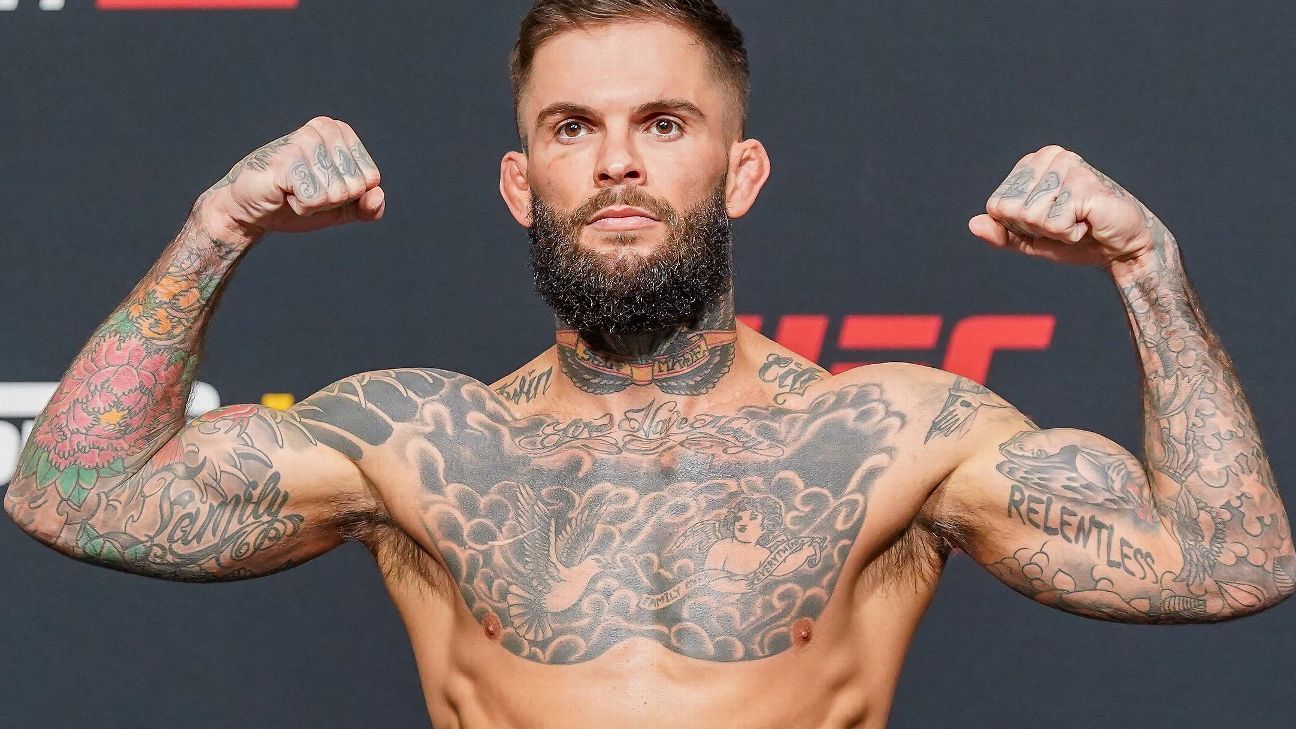 The fight between Cody Garbrandt, the former UFC bantamweight champion, and Rani Yahya, a Brazilian veteran who is 5-1-1 in his past seven bouts, on the Oct. 1 UFC Fight Night: Mackenzie Dern vs. Xiaonan Yan card has been postponed after injuries to both fighters.

Yahya reportedly suffered a neck injury last week, which positioned the UFC to find a new opponent for Garbrandt, perhaps facing the most critical fight of his career after losing five of his past six fights (with four of those five defeats by technical knockout or knockout). However, Garbrandt has also suffered an injury that will force the postponement of his fight, per the UFC.

“Cody’s fight has been postponed,” Dave Lockett, UFC senior director of public relations, said Tuesday. “Both fighters are injured, so we are not sure as to when the bout will be rescheduled.”

Garbrandt, 31, was 11-0 after defeating Dominick Cruz via unanimous decision to win the bantamweight championship in 2016. He lost the belt in his next fight, a loss to T.J. Dillashaw via TKO in 2017. He has struggled to regain momentum in his career since then.

Garbrandt, known for his willingness to move forward and brawl in exciting fights, will enter his next matchup facing significant implications for his future in the UFC.