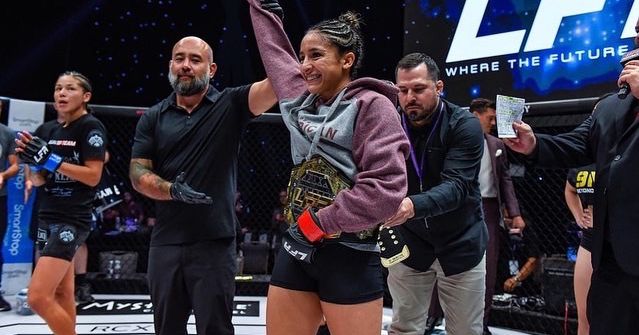 Jaqueline Amorim is the newest addition to the UFC strawweight division, the fighter announced on social media. The UFC has yet to announce a date and opponent for Amorim’s octagon debut.

The 27-year-old Brazilian joins the promotion less than a week after defending the LFA strawweight championship in Minnesota, tapping Ashley Nichols with an armbar with 21 seconds left in the clock in the opening round.

Amorim won her six professional MMA bouts in under five minutes, including a 10-second knockout over Megan Owen and a 33-second submission opposite Taisha Gandy in her first LFA appearances back in 2021.

“It’s a beginning of dream coming true,” Amorim wrote on social media. “Since I started BJJ when I was 6 years old and I used to watch MMA on TV with my dad, I knew I wanted to do this to my life and the day is finally here. Thank you my management team and my coaches, you guys are awesome! We trusted the process and paid off.

“Thank you UFC for the opportunity. I can’t wait to fight under the big lights!”

Amorim won the IBJJF World Championship and IBJJF World No-Gi Championship multiple times as blue and purple belt in the past, collecting silver and bronze medals as a black belt in recent years.