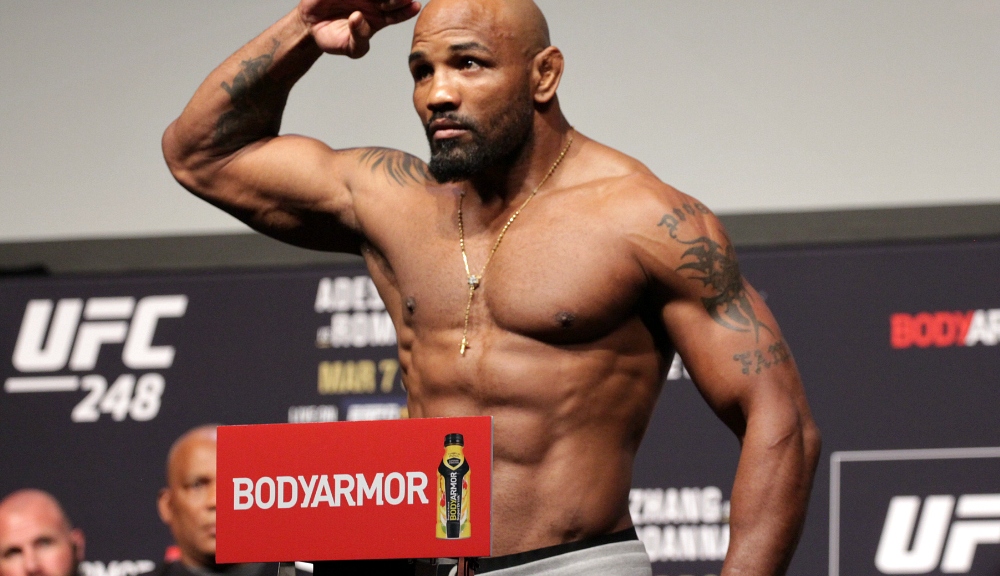 The multiple-time UFC title challenger and current Bellator contender is down to jump over to the boxing world and fight YouTube star and undefeated boxer Jake Paul. Romero (14-6 MMA, 1-1 BMMA), who returns to action this Friday at Bellator 285 against veteran Melvin Manhoef, thinks Paul needs a reality check.

“That same kid, Jake Paul, yes, yes, him,” Romero told MMA Junkie in Spanish when asked who he’d like to box. “He needs to get humbled, needs to be let known that a true athlete he can’t beat. It doesn’t matter how hard he trains. He can’t beat one.”

Paul is currently scheduled for his sixth professional boxing bout. He’s set to take on 47-year-old former UFC champion Anderson Silva in an eight-round contest on Oct. 29 in Phoenix.

Paul is no stranger to facing MMA greats in the boxing ring. He’s coming off two consecutive wins over former UFC welterweight champion Tyron Woodley, and prior to that, he had knocked out former ONE and Bellator champion Ben Askren.

Regardless of Paul, Romero hopes to compete in the sweet science before it’s all said and done.

Romero, a multiple-time world champion in wrestling and an Olympic silver medalist representing Cuba, came from a boxing family. His father tried to get him to go down the boxing route, but he ended up going with wrestling instead.

“I’d like to box and fight in boxing,” Romero said. “I’d like to do one or two fights in boxing. Seeing myself in a boxing ring would be a great dream of mine.

“Like I said in a previous interview, it’d be hitting my dad with a hammer on the head. All my family did boxing, and my dad would’ve loved it. But I’m here and with the possibility of making it a reality, and it would be another of my goals, doing some boxing fights.

“My dad, my cousins, my brother, yeah. It’s actually the family with the most medals in boxing in Cuba.”