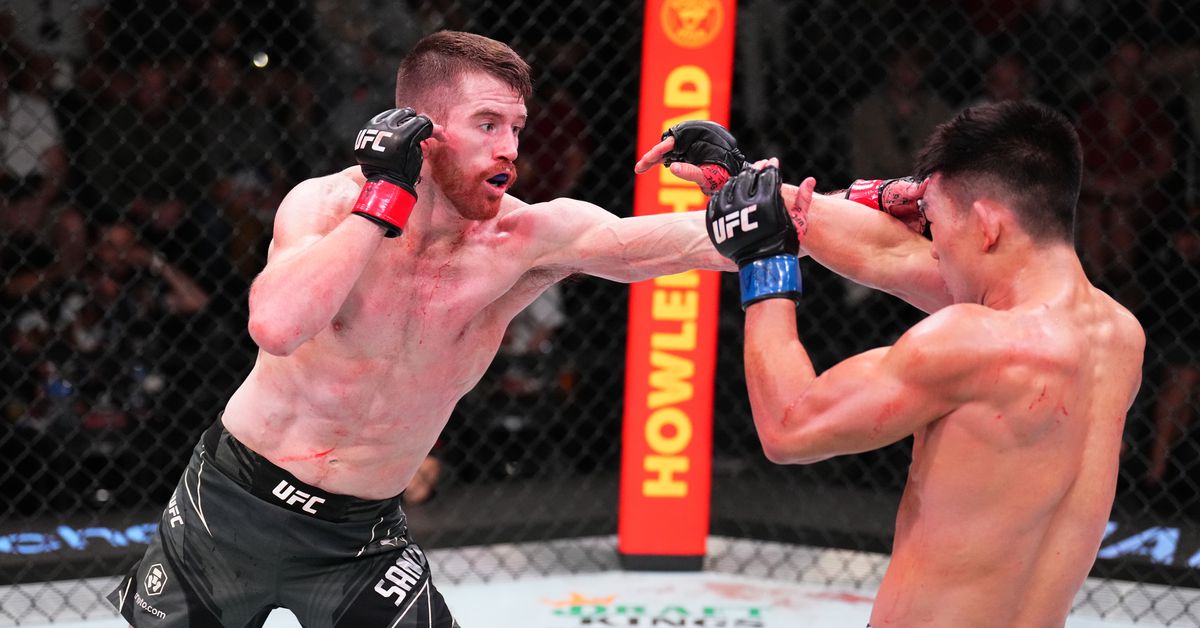 Cory Sandhagen hopes his next fight is a title eliminator against Marlon Vera.

At UFC Vegas 60, Sandhagen broke his two-fight skid with a fourth-round TKO victory over Song Yadong thanks to a gruesome cut above the eye. Following the win, Sandhagen called for a bout against either Vera or Merab Dvalishvili. But upon further consideration, “The Sandman” would prefer to scrap with “Chito” next.

“I think Chito makes more sense,” Sandhagen told Ariel Helwani on The MMA Hour. “I don’t mind the fight with Merab either, but Chito has a lot more pull behind him – he’s coming off a big win against [Dominick] Cruz, an impressive win against Cruz too. He’s finishing people, and honestly, from what I’ve seen on social media, it’s what a lot of the fans want to see, too. After Chito beat [Rob] Font, he called out guys in the top-five and then went and fought backwards.”

After knocking out Dominick Cruz in August, Vera finds himself on the cusp of title contention; rumors indicated Vera was in consideration to face the winner of the upcoming Aljamain Sterling vs. T.J. Dillashaw title fight.

Sandhagen, who solidified his position as the No. 4-ranked bantamweight in the world by defeating Song, thinks it would be unfair for Vera to jump him for a title shot. Instead, he offers his colleague the chance to beat him for it.

“I also heard from someone that he was potentially in talks for getting a title shot, and I was like, ‘That guy can’t get a title shot already,’” Sandhagen said. “I definitely don’t think that should be the case. Chito should definitely have one more, and if it’s against me, that would be fantastic for the both of us.

“Cruz was ranked No. 8 or whatever. I’ve been fighting all of these top-five guys for the last two or three years of my life. He beat Cruz, and a lot of his wins that he’s having aren’t super stellar – he’s winning most of the minutes. He’s getting good shots in — which is great for him, he’s figuring out ways to win — but he’s not showing that he’s beating these guys beating them, which is different. Have me and Chito fight, and let’s find out.”

For his part, Vera has already said he’s happy to fight Sandhagen next, telling the UFC’s social media team, “If he wants it, he can get it.” Now with both men interested in the fight, that just leaves the question of when and where. For the latter, Sandhagen isn’t particular, but as to the former, he’s hoping to settle this business sooner rather than later.

“If we could do another one at the end of the year,” Sandhagen said. “I don’t know what the card situation is, if they’re all filled or whatever. I think that I deserve another main event, so if those aren’t all booked out. … but if they are, January is OK, too.”