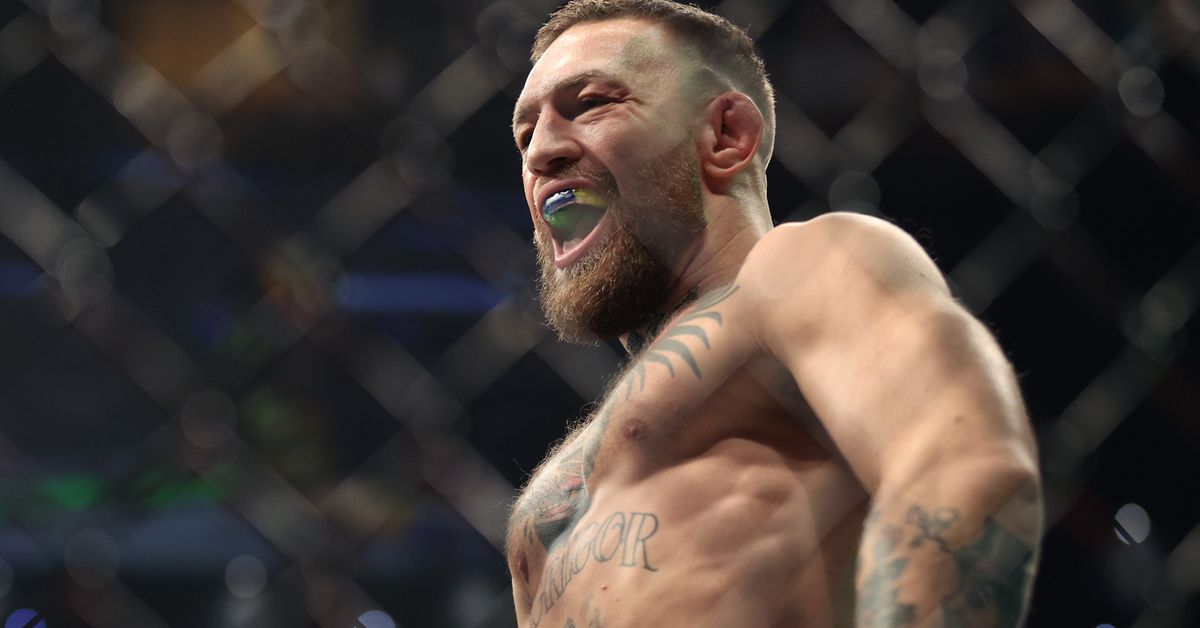 Conor McGregor remains on the sidelines. Since he broke his leg in the Dustin Poirier trilogy match, McGregor has been making Hollywood moves and working towards his comeback, but it takes time to recover from such a gnarly injury. Still, McGregor is currently ranked at No. 11 in the UFC Lightweight division, and he’s expected to return some time in 2023.

In short, he’s an active UFC fighter despite the layoff, and he should be fighting again in the near future. Why then is United States Anti-Doping Agency (USADA) not testing the former double champ?

Earlier today, TSN reported that Conor McGregor was the only UFC fighter — excluding new members of the roster signed after August 1 — yet to be drug tested by USADA in 2022. Now, McGregor lives an unusually jet-setting lifestyle for a UFC fighter, but he has to be offer up his location like every other athlete. It’s not unreasonable to expect USADA to at least occasionally track him down for a drug test, particularly since McGregor is packing on muscle in his recovery.

In response to TSN’s inquiry, USADA replied with the follow response, though the agency refused to address McGregor specifically.

“Once UFC athletes are enrolled in the testing program, they are subject to testing – even when not competing – unless they notify the UFC of their retirement, their contract is terminated, or they are otherwise removed from the program,” USADA said.

“In the event of an athlete’s return to the UFC, they are required to remain in the USADA testing pool for six months before they are permitted to compete. Similar to World Anti-Doping Agency rules, the UFC may grant an exemption to the six-month written notice rule in exceptional circumstances or where the strict application of that rule would be manifestly unfair to the athlete, but in both cases under the UFC rules, the athlete must provide at least two negative samples before returning to competition. We do not comment on the testing pool status of any particular athlete.”

An interesting piece of equipment for clinch training!

Petr Yan conditions his body for his upcoming battle vs. Sean O’Malley.

Is there a bare knuckle rule that says athletes are not allowed access to a wet towel — let alone an actually cut man — before doing media after a fight? Damn!

Paul Craig was merely trying to break the tension at his jiu-jitsu weigh-in earlier today.

A recent positive drug test has seemingly cost Elizeu Zaleski his UFC career. Given the Brazilian’s 9-3 UFC record and entertaining fight style, that seems a bit surprising, no?

For reasons unknown, Nate Diaz has beef with Daniel Cormier.

For the final Jose Aldo highlight clip of the week, why not a whole bunch of his greatest hits?

The very first counter right hand here shut off her legs and set up the second punch to end the night early.

Please do not ask me how this happened. It’s easy enough to explain — the choke functions like an other strangle involving one arm and the trapped neck — but this is such an odd position!

A quick shower of molten iron!