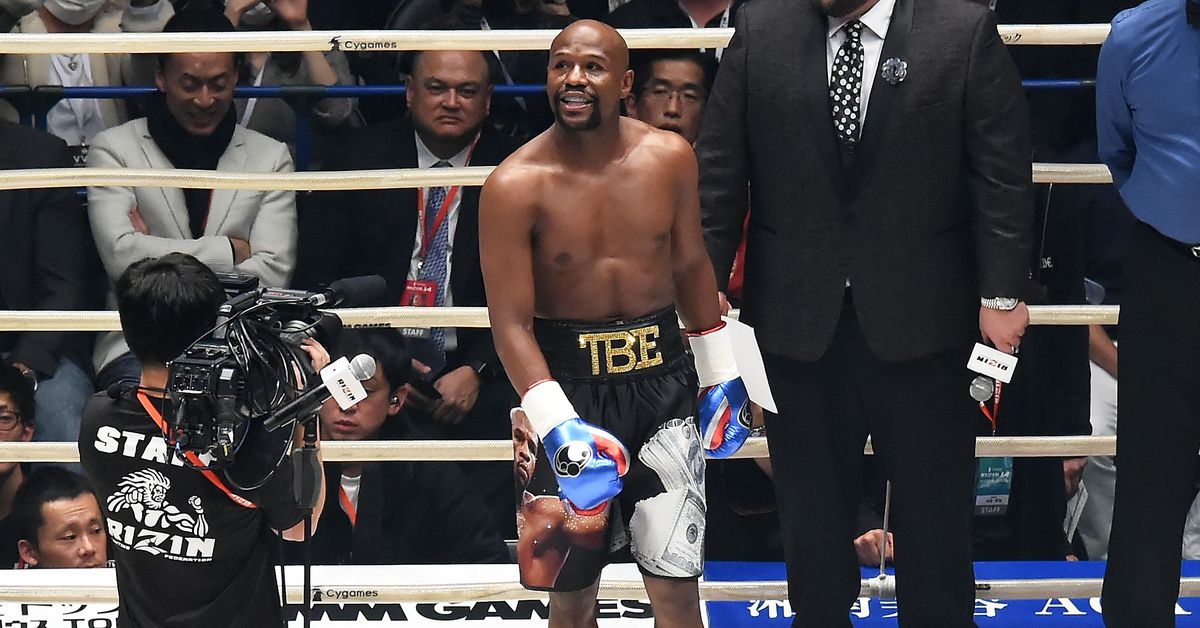 Asakura seemed to start the bout fairly well, landing an early cross to the body alongside some jabs. Mayweather answered in kind, targeting the body with his own straights. Mostly, the two seemed to be exchanging at a sparring rate, at least until Asakura turned it up in the final minute of the first. Mayweather showed off his head movement in response, and the scrap grew even more intense into the second.

Again, Asakura seemed to start well. He landed some decent shots, catching Mayweather off-guard with a shifting right hand. The story of the round — and thus the fight — however, was Mayweather’s lightning fast right hand. He timed Asakura repeatedly, and right at the bell, sat the Japanese athlete down for good with a final right.

Check out some highlights below: