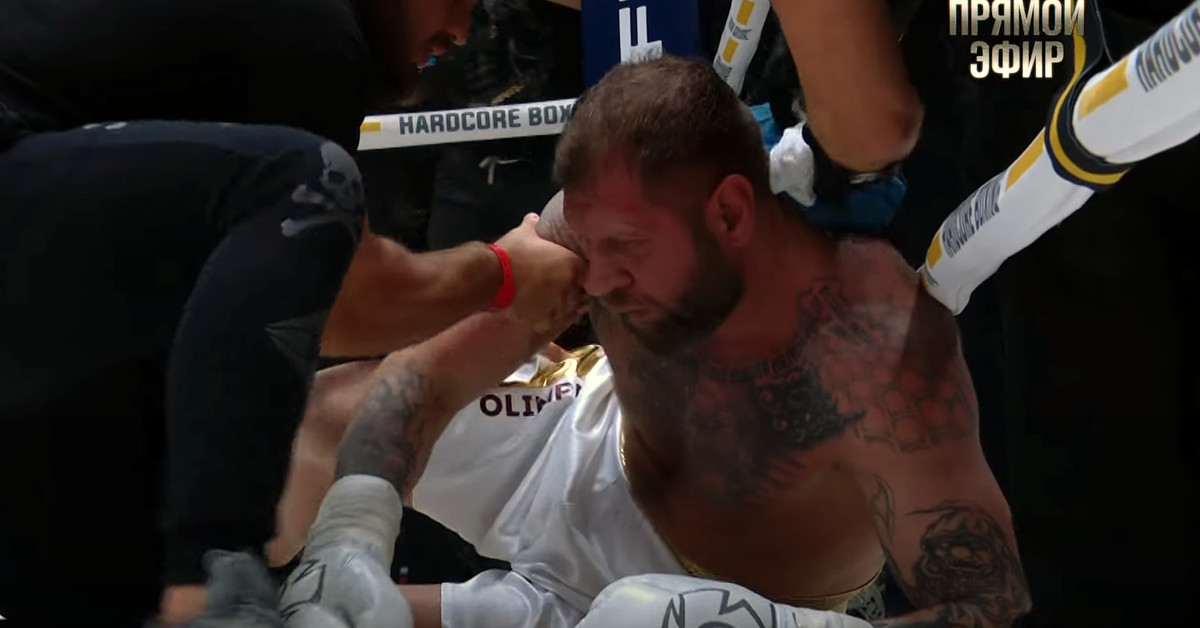 While there was no UFC event on this weekend, there were various other combat sports events to keep a fight fan entertained. Boxing fans had Joe Joyce knocking out Joseph Parker and Floyd Mayweather in another ridiculous exhibition bout in Japan. His bodyguard “Jizzy” also had a fight, so that was fun. All that was followed up in the wee hours of the morning with RIZIN 38, which featured some legit high level mixed martial arts.

On the much trashier, grosser side of things, convicted rapist Aleksander Emelianenko boxed Viacheslav Datsik, whose biggest claim to fame over the last decade came from escaping a mental asylum and becoming a white supremacist.

The boxing bout barely had a chance to get started before it ended. Datsik pushed Emelianenko back into a corner with a series of big overhand lefts, one of which dropped Aleks to the canvas unconscious. It took two of his cornermen to get him back to his feet as the fight was waved off.

And you can watch the full fight video with all the opening and post-fight hoopla below:

Aleksander Emelianenko was once a force at heavyweight in the glory days of PRIDE FC in Japan. With little experience on his resume other than being the brother of Fedor Emelianenko, he was thrown into the shark tank against opponents like Mirko Crocop, Josh Barnett, Sergei Kharitonov, and Fabricio Werdum.

His career largely fell apart after testing positive for Hepatitis B, leaving him unable to compete in any country with legitimate sports safety protocols. In 2015 he was convicted of kidnapping and raping his housekeeper, taking her passport and drugging her. Sentenced to 4.5 years in jail, he was released after 18 months.

Following his release, Emelianenko went on a five fight win streak in Russian and Chechen MMA promotions before losing his last two fights. His most recent bout before losing to Datsik was a February 2022 decision win over Jeff Monson in bare-knuckle boxing.

Viacheslav Datsik started his MMA career by beating Andrei Arlovski in his 1999 debut, and went on to gain a reputation for being an eccentric fighter through the early 2000s. Things got notably darker for “Red Tarzan” after he was arrested in 2007 for armed robbery and diagnosed with schizophrenia.

After being placed in a low-security mental hospital, he escaped and attempted to claim political asylum in Norway. They rejected him on account of his prominent role as a leader of the Russian neo-Nazi Slavic Union group.

Datsik would be arrested again in 2016 after declaring a “war on prostitutes” which involved breaking into brothels and assaulting sex workers. For this he’d receive a three-and-a-half year prison sentence. After being released in 2019, he returned to combat sports where he’s amassed a 5-3 boxing record against inexperienced opponents (including Antonio “Bigfoot” Silva in July 2022).