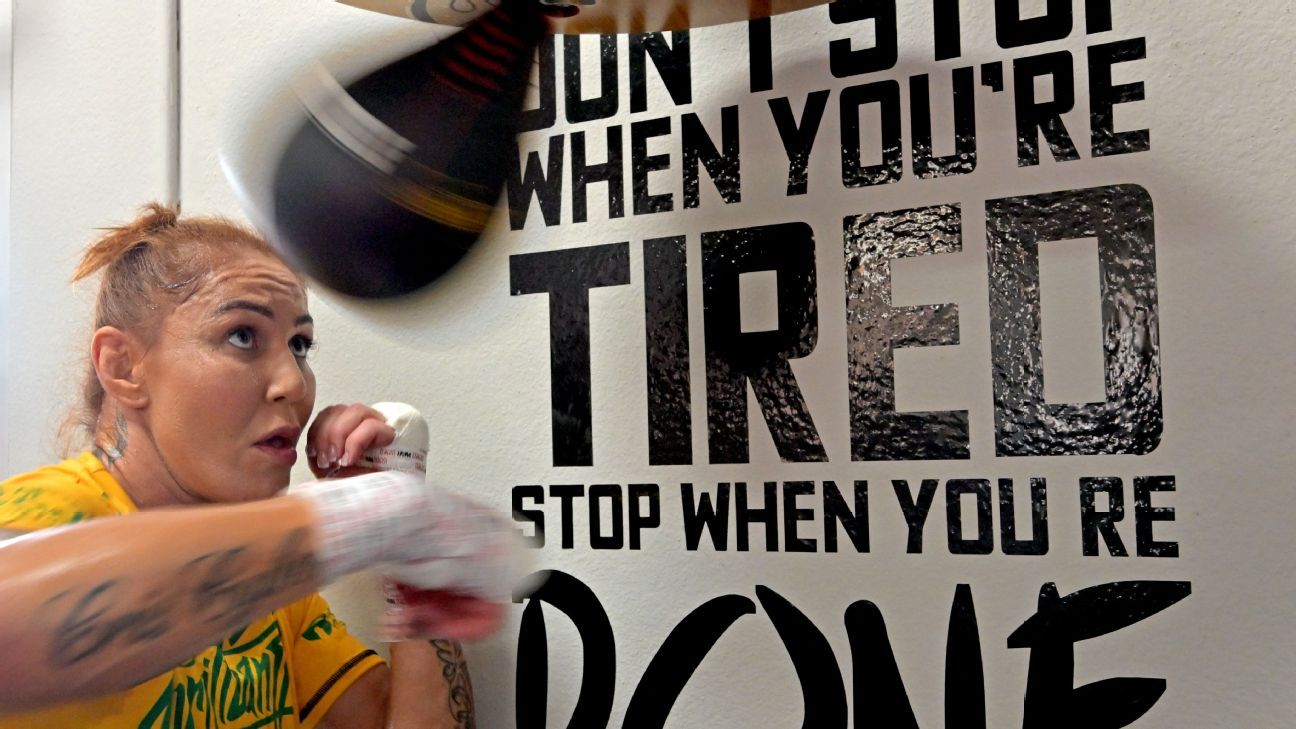 The legendary women’s MMA fighter crossed over into the ring and beat boxing journeywoman Simone Silva via decision at Fight Music Show in Cyborg’s hometown of Curitiba, Brazil. The bout went all eight rounds.

It remains unclear whether it will count as a pro bout or an exhibition.

Cyborg likely won every round. Her best sequence happened in the eighth and final round. She hurt Silva with a big left hook then tried to finish with Silva against the ropes. Cyborg landed several hard shots, but the game, durable Silva weathered them and even fired back.

“I’m very happy with my first boxing fight,” Cyborg told ESPN. “It was eight rounds. It’s different for somebody coming in for the first time. But I know I’ve got a lot to prove. And I’m very happy.”

Last week, Cyborg told ESPN she was open to competing in boxing again before returning to MMA. Cyborg, one of the top women’s MMA fighters of all time, is currently the Bellator women’s featherweight champion, though she is a free agent. Cyborg has indicated she likely will re-sign with Bellator. But she also has been named as a potential future opponent for boxing undisputed women’s lightweight champion Katie Taylor.

There was some controversy during the week about whether this would be a pro fight or an exhibition. Silva is currently under a medical suspension by the Texas Department of Licensing and Regulation (TDLR), stemming from a knockout loss in a boxing match last month. Even though it was a knockout via body shot, the TDLR told ESPN it would not waive the mandatory suspension.

“[Silva] cannot be cleared early from that suspension since it arose out of her loss by KO,” TDLR public information officer Tela Goodwin Mange said.

“The safety of the fighters is our greatest concern, and the medical suspensions exist for a reason.”

Due to the medical suspension, the Organizacao Brasileira de Boxe (OBBoxe) opted to not sanction Sunday’s fight as a pro bout, according to a report by MMAFighting.com. However, Cyborg reps told ESPN that her team was never informed it would not be a pro bout, and she said earlier Sunday that it would be overseen by the Associacao Paranaense de Lutas, a Brazilian sanctioning body for combat sports.

A spokesperson for BoxRec, one of the official record-keepers of boxing worldwide, said the website was informed by Brazilian commission officials that the bout between Cyborg and Silva was not licensed and “certainly would not be recognized as professional boxing.”

Cyborg, 37, is the only fighter to hold MMA titles in four separate major promotions: UFC, Strikeforce, Bellator and Invicta FC. In MMA, the Brazil native who lives and trains in Southern California has lost just once since her pro debut in 2005, to pound-for-pound queen Amanda Nunes.

Silva, 39, has a 17-22 pro boxing record, and coming into Sunday’s fight, she had lost nine straight.